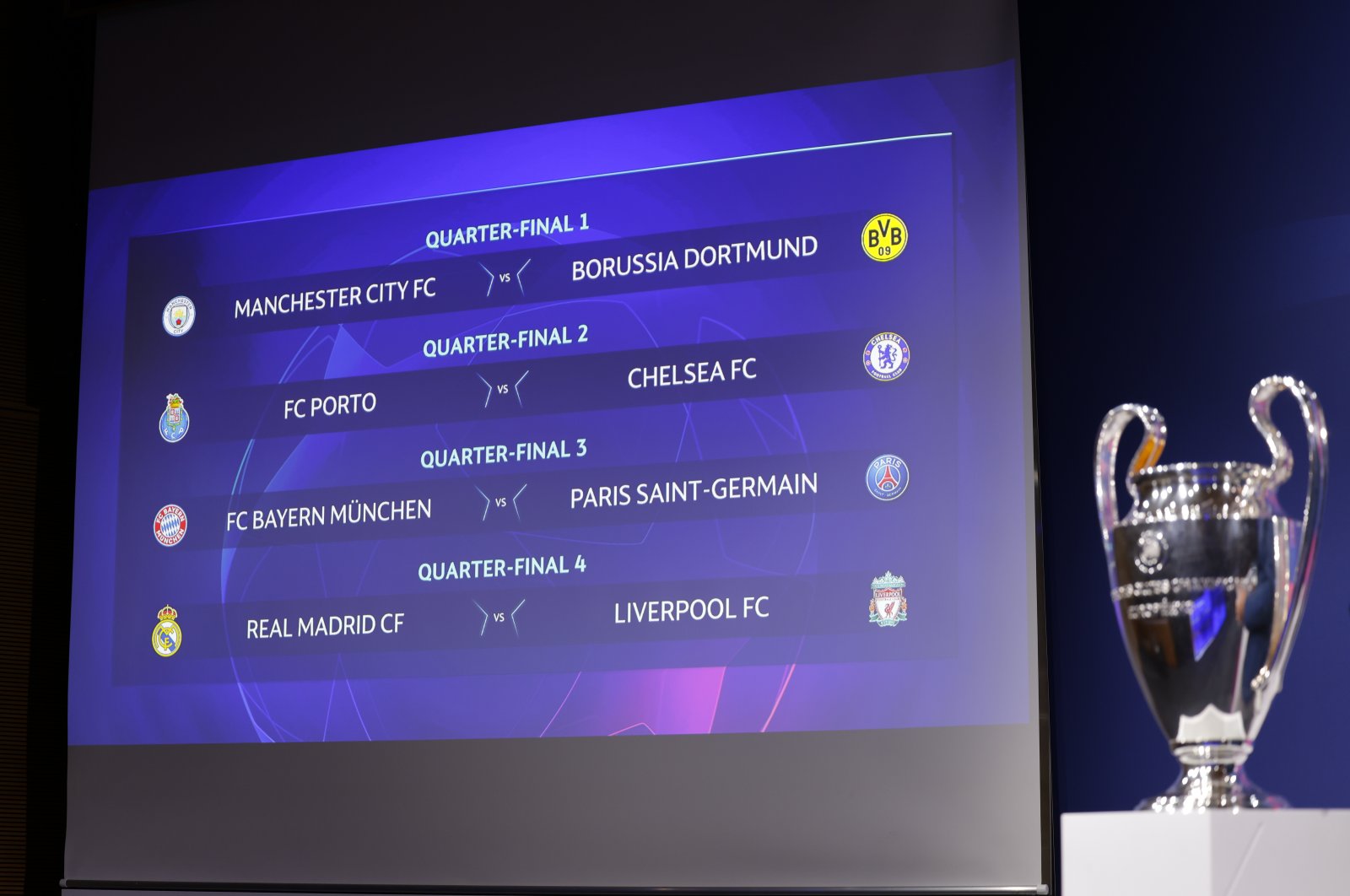 Current Champion Bayern Munich will face last year's beaten finalist Paris Saint-Germain in the quarterfinals of this season's Champions League, while Friday's draw for the last eight also threw up a clash between Liverpool and Real Madrid.

The draw also pitted Premier League leader Manchester City against Borussia Dortmund, with Chelsea set to play Porto in the other tie.

Bayern defeated PSG 1-0 behind closed doors in Lisbon last August to win its sixth European Cup and remain the team to beat in Europe, having won 18 and drawn one of its 19 games in the Champions League since the beginning of last season.

The first leg is set to be played in Germany on April 6 or 7, with the return in Paris a week later.

Meanwhile, the meeting of Jurgen Klopp's Liverpool and Real is another rerun of a recent final, with the Spaniards beating the Reds 3-1 in Kyiv in 2018 to win the last of their record 13 titles to date.

Liverpool bounced back from that to lift the trophy for the sixth time in Madrid in 2019.

Klopp's side is due to be away from home in the first leg, but it remains to be seen where that match will be played.

Atletico Madrid's home leg against Chelsea in the last 16 ended up being moved to the Romanian capital Bucharest due to restrictions imposed on travel to Spain by British authorities.

The winner between Liverpool and Real will go onto a semifinal against either Chelsea or Porto, throwing up the possibility of an all-English last-four tie.

Liverpool beat Chelsea in the semifinals in 2005 and again in 2007.

Unbeaten in 13 games since the appointment of Thomas Tuchel as coach in late January, Chelsea will be expected to get the better of Portuguese champions Porto, who ousted Juventus in the last 16.

However, that tie could also be relocated given travel restrictions between the United Kingdom and Portugal which prompted both legs of last month's Europa League clash between Arsenal and Benfica to be played at neutral venues, in Italy and Greece.

Meanwhile, City will be strong favorites against Dortmund, with the winner of that tie going through to a semifinal showdown with either Bayern or PSG.

Travel restrictions between the U.K. and Germany could also have an impact on City's tie against Erling Braut Haaland's Dortmund.

Both legs of City's last-16 tie against Borussia Moenchengladbach were played in Budapest, as were both legs of Liverpool's tie against RB Leipzig in the last round.

This season's semifinals are due to be played in late April and early May, with the final scheduled for May 29 in Istanbul.