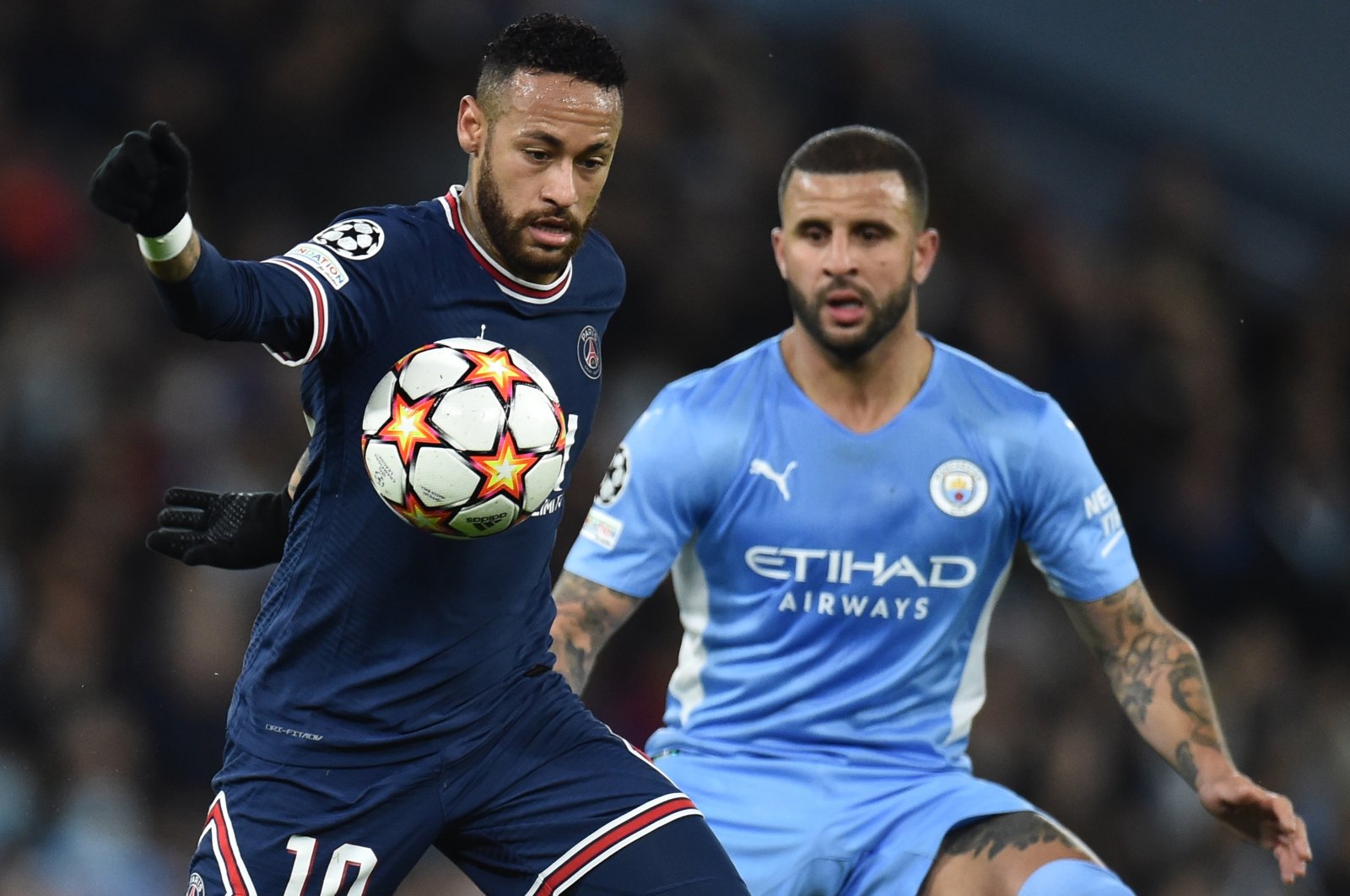 City beat PSG 2-1 but both qualified for the last 16. Gabriel Jesus tapped in from Bernardo Silva's deft knockdown on 76 minutes to settle an absorbing match at the Etihad after Raheem Sterling had canceled out Kylian Mbappe's goal.

Before Jesus sent the crowd wild in Manchester, Neymar shot wide to blow a golden chance to put the Parisians ahead.

Lionel Messi had a low-key game and Sergio Ramos, named among the substitutes, was not called on to make his PSG debut.

Pep Guardiola's City, the beaten finalist last season, is guaranteed of winning Group A, while PSG qualified in second place despite the defeat because RB Leipzig thrashed Club Brugge 5-0 in Belgium.

PSG coach Mauricio Pochettino, in the city where he is being linked with the vacant Manchester United job, insisted his expensively-assembled side were showing improvement.

"We have to improve," added Pochettino. "I am happy in the process. Things are better than one month ago and much better than two months ago. Little by little the team is going to improve."

About the United rumors, the former Tottenham coach said, "We are living in a business that rumors are there, sometimes positive, sometimes negative."

Guilty verdict and a goal

Karim Benzema scored just hours after being found guilty by a French court in a blackmail case as Real Madrid eased past Sheriff Tiraspol 3-0 to reach the knockout stage.

The French striker notched his team's third goal of a confident display in Transnistria after David Alaba's free-kick and Toni Kroos' strike as Real took revenge for its shock 2-1 loss to Sheriff in Madrid earlier this season.

Real coach Carlo Ancelotti said the court verdict and the one-year suspended jail sentence Benzema received for his part in blackmailing former France teammate Mathieu Valbuena with a sex tape, had not affected the striker.

"We have not talked about it (the court verdict), he is calm, it is a subject concerning him that we have been talking about for a long time," Ancelotti said.

The victory sent the Spanish giant back to the top of Group D, two points clear of second-placed Inter Milan, who also qualified for the last 16 after beating Shakhtar Donetsk 2-0 thanks to two Edin Dzeko goals.

Sporting Lisbon reached the knockout phase for the first time since the 2008-2009 season as it beat Borussia Dortmund 3-1 in the Portuguese capital.

Pedro Goncalves netted twice as Sporting got the two-goal winning margin it needed to end the Germans' hopes of advancing to the knockout stages.

Dortmund's campaign has been derailed by the continued absence of Erling Haaland with a hip injury and it will have to settle for a place in the Europa League.

Liverpool was already qualified for the last 16 going into its tie against Porto at Anfield and Thiago Alcantara's superb low shot and Mohamed Salah's sixth goal of this season's group phase wrapped up a comfortable 2-0 win.

Atletico Madrid lost 1-0 at home to AC Milan after a dramatic late winner from Milan substitute Junior Messias, a defeat that leaves the Spanish side bottom of Liverpool's Group B.

Diego Simeone's team must beat Porto in its final game on Dec. 7 and hope that Liverpool wins away against AC Milan, who sits just a point behind the Portuguese club.