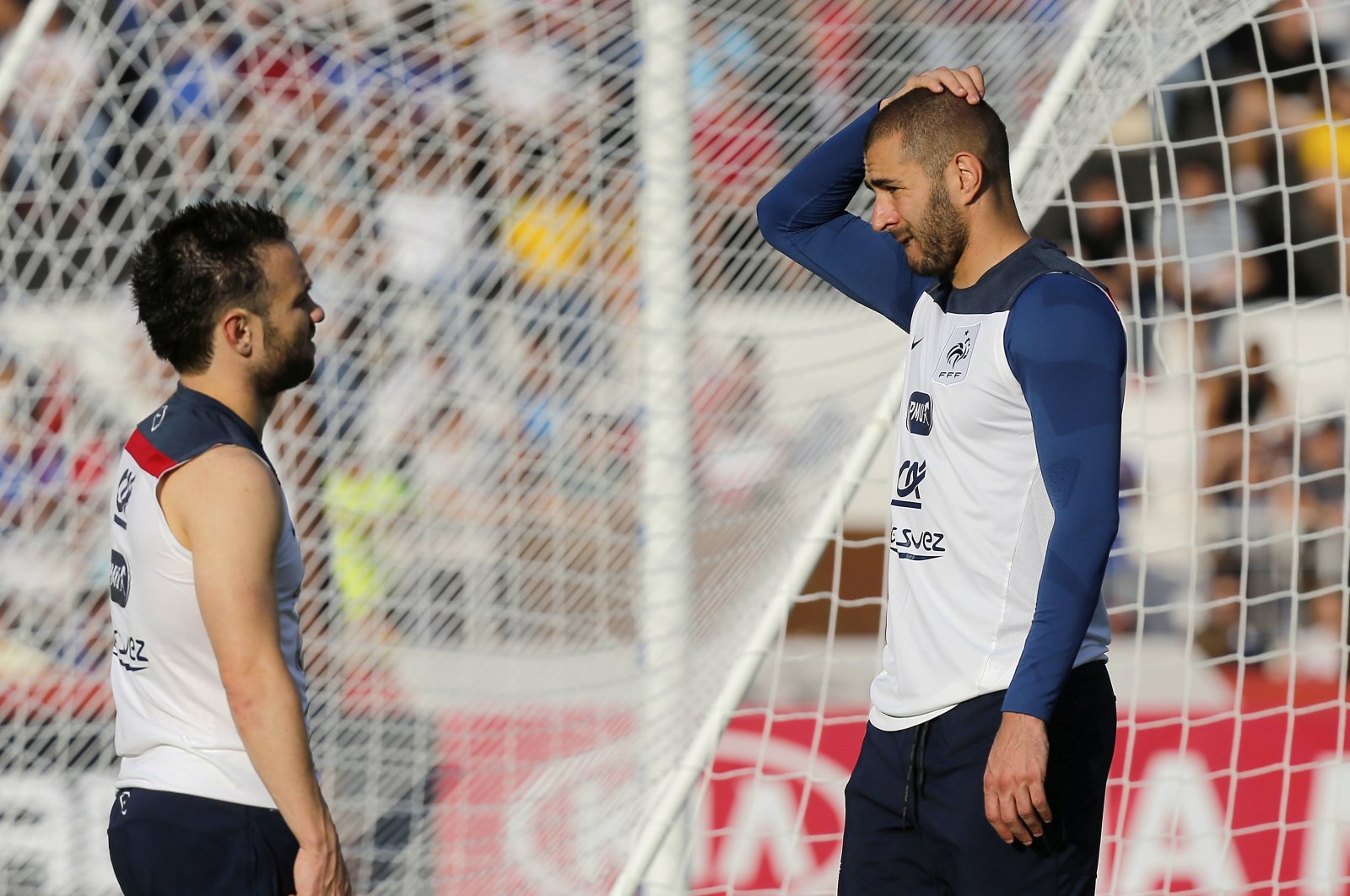 A court in Paris suburb of Versailles found Benzema guilty of complicity in the attempted blackmail of Valbuena over a sex tape. He was also fined 75,000 euros ($84,170).

Benzema will appeal to the ruling, his lawyer told journalists. Benzema, who had denied any wrongdoing, was not in court. He is due to play for the Spanish club against Moldovan side Sheriff Tiraspol in a Champions League tie later in the day.

Valbuena, who plays for Greek club Olympiakos, was also absent.

Prosecutors had argued that Benzema had encouraged Valbuena to pay a suspected group of blackmailers in order to keep the sexually explicit tape out of the public eye.

The allegations against Benzema, which date to 2015, led to him being cast out of the French squad for five years before being brought back into the fold in May in time to play in Euro 2020.

But a guilty verdict would not likely lead to a further banishment, with French football federation president Noel Le Graet saying Benzema could keep his place in the national team even if convicted.

A conviction would nonetheless cast a pall over a stunning comeback to the national team by the 33-year-old.

Benzema has scored nine times since being called back by France manager Didier Deschamps for the European Championship, making him the fifth-highest scorer in the history of Les Bleus.

At club level, Benzema is also having a sensational season, putting him in the running for the Ballon d'Or, to be announced on Nov. 29, which selects the world's best player.

Benzema was one of five people put on trial last month over the attempt to blackmail Valbuena with a sexually explicit video stolen from his phone.

The Lyon native claims he was only trying to help his fellow player when he approached him at the French team's training center in October 2015 and told him he could help him find someone to "manage" the issue of the video.

No money was discussed but Valbuena has described Benzema's tone as "very insistent."

After the conversation, Benzema phoned a childhood friend also being tried over the extortion attempt to say "he's not taking us seriously," remarks seen by the prosecution as proof of Benzema's implication in the plot.

Testifying at the trial, Valbuena said the affair, which also cost him his place in the France team, left him feeling "frightened" and fearful for his career.

"Benzema is not a good Samaritan who just wanted to help out," prosecutor Segolene Mares accused.

"No-one ever said he was kind... but that's not a criminal offence," the striker's lawyer Antoine Vey told the court, calling for the case against the striker to be thrown out for lack of evidence.

Another of Benzema's lawyers, Sylvain Cormier, portrayed the case as being driven by Valbuena's "jealousy" of his former teammate.

"His reasoning is simple: 'Me, I was sidelined (from the team) and never brought back and declined in sporting terms while there is Karim Benzema who is flying high in global football,'" lawyer Sylvain Cormier told reporters.

Benzema's impressive performances since returning to the French team have given him a new-found popularity with French fans.