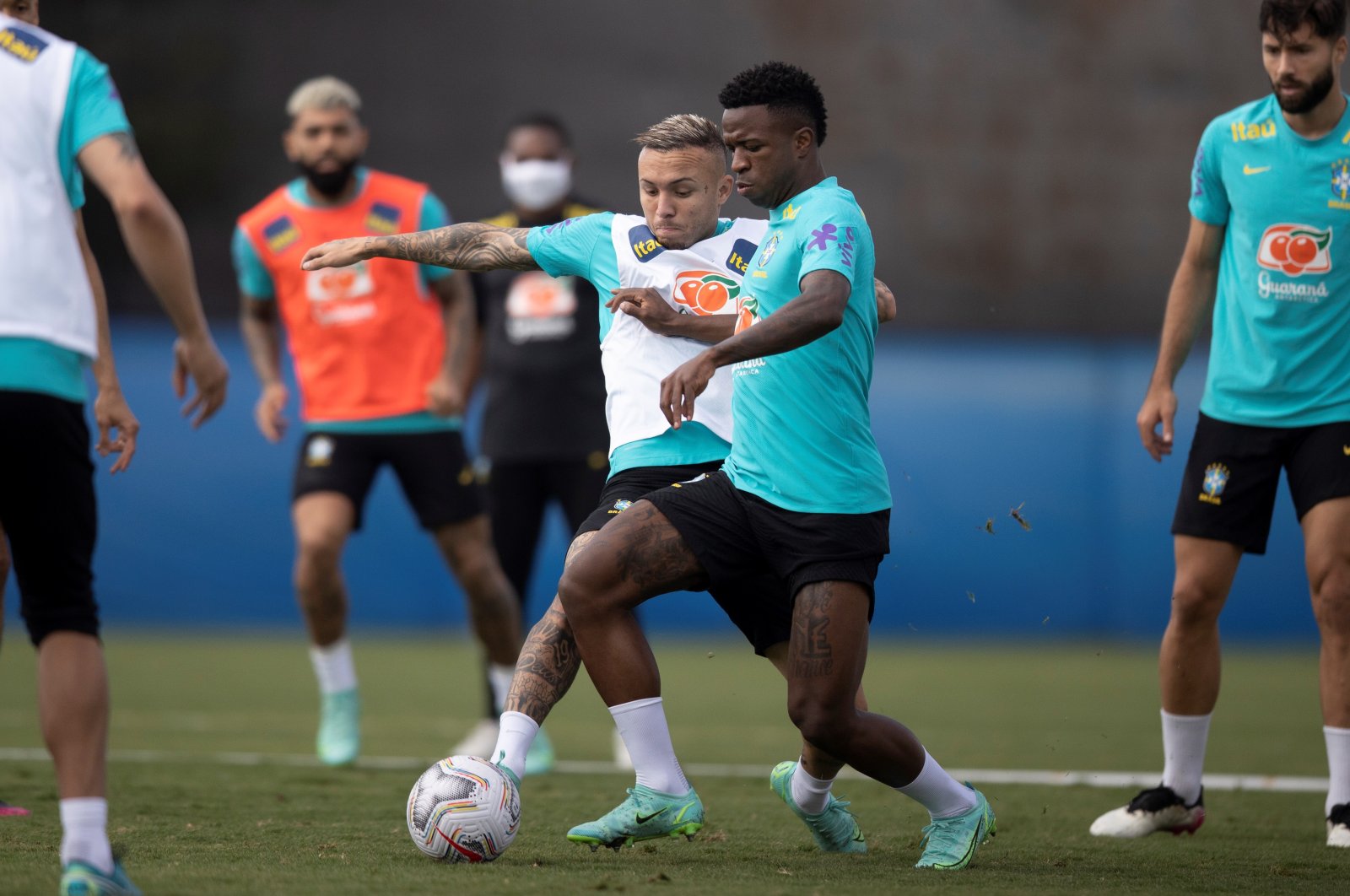 Brazil will continue its lookout for an ideal attacking combination ahead of Thursday's Copa America game against Peru, coach Tite has said.

Tite tested Everton Ribeiro, Everton and Gabriel Barbosa up front at practice Tuesday instead of Lucas Paqueta, Richarlison and Gabriel Jesus, who started in Brazil's 3-0 win over Venezuela in the tournament opener Sunday.

Roberto Firmino, who was on the bench against Venezuela, didn't participate in the practice game in the time while the Brazilian football confederation broadcast training to the media.

The coach also tried a change in defense with Thiago Silva replacing Marquinhos as Eder Militao’s partner and a defensive midfield duo with Fabinho joining Fred in place of Casemiro.

Tite has said the 20 days of Copa America will be used to test some things, with an eye the World Cup in Qatar next year. He and his players publicly said they were against the Copa America taking place in Brazil during the COVID-19 pandemic but would always answer the call for national selection.

Midfielder Fred seemed to disagree with his boss, saying Brazil's national team is already in good shape for Qatar.

"We are a great team, we have great players. The coach and the coaching staff are doing great work. If the World Cup started today Brazil would be ready,” he told a news conference.

"At this Copa America coach Tite can give chances in the team, that's important. He always talks about it, about us being ready when the opportunity comes."

The Peruvians then counted on striker Paolo Guerrero, who will not be at the match in Rio. Peru was just coming off its first World Cup appearance in decades. Now the scenario is totally different, with Ricardo Gareca's team in the last position in South American World Cup qualifiers.

Copa America is once again being played in Brazil, despite alarming COVID-19 figures, after Colombia and Argentina were dropped as tournament co-hosts.

Peru had its first practice session in Brazil amid fears of contagion in the squad. Earlier Monday, fitness coach Nestor Bonillo tested positive in Lima for the coronavirus. He did not travel to Brazil.

It was not clear whether he was counted by Brazil’s health ministry as one of the 52 confirmed cases related to the tournament.

Gareca has not confirmed his starting lineup to face Brazil.

In the other match on Thursday, Colombia will face a COVID-hit Venezuela.

A 1-0 victory over Ecuador ensured Colombia began a third successive Copa America on the high. Venezuela, one the other hand, was gunned down 3-0 by holders Brazil.