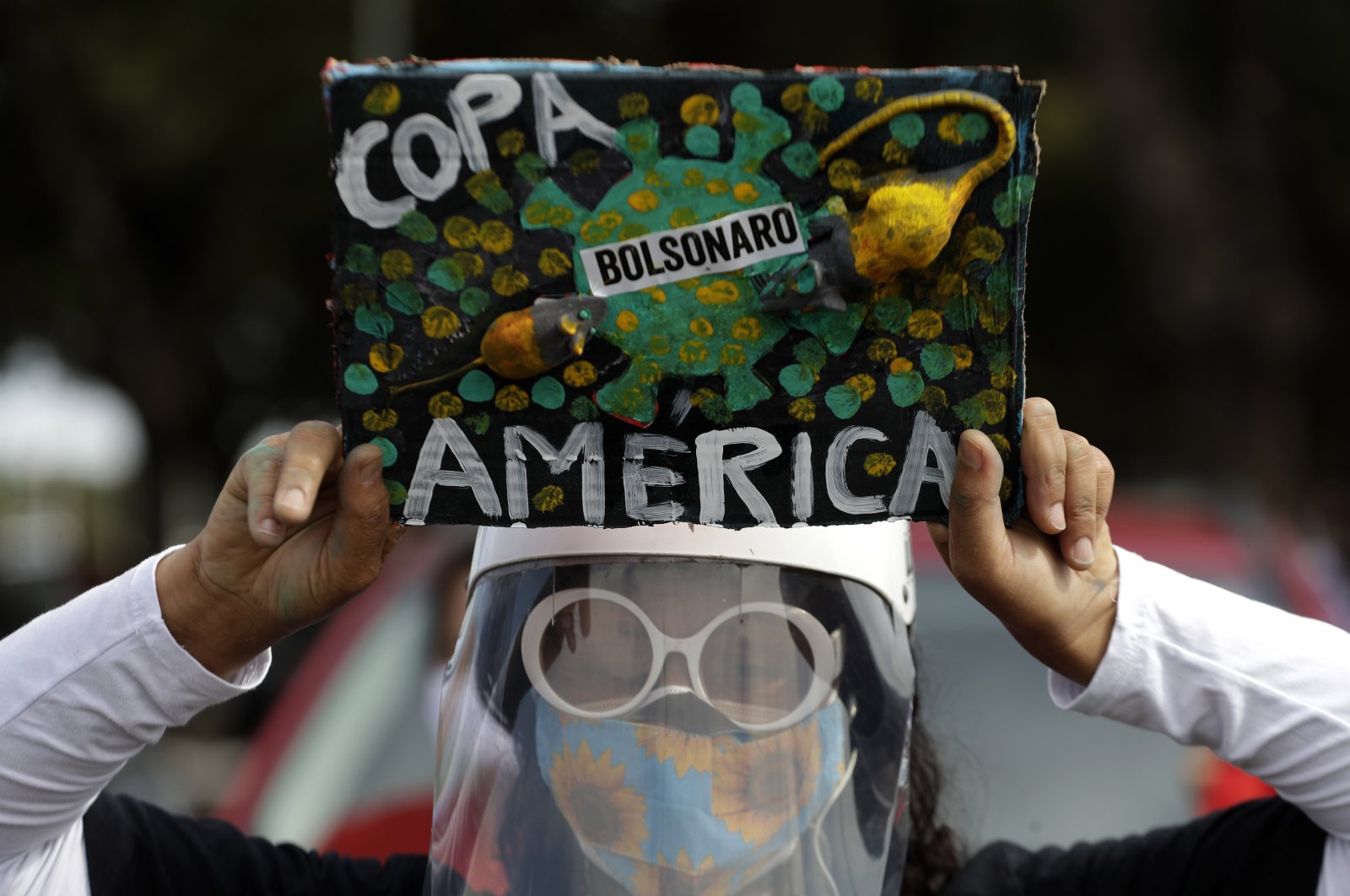 Brazil's Supreme Court also said it would rule on two requests to block the 10-nation tournament, which is scheduled to open Sunday and run through July 10

Just five days from kickoff, new doubts loomed over Copa America after Brazil's Supreme Court on Tuesday agreed to consider blocking the event and the Brazilian national team players said they were against holding it.

Organizers are battling the odds to pull off the South American football championships this year despite the coronavirus pandemic.

It has forced them into a last-minute search for an emergency host country that ended with the controversial choice of Brazil last week.

Brazil's Supreme Court said it would rule on two requests to block the 10-nation tournament, which is scheduled to open Sunday and run through July 10.

Chief Justice Luiz Fux said given the "exceptional nature of the case," he had decided to have the full 11-member court take up the matter in an extraordinary virtual session.

Hours later, the Brazilian national team's players said they were against holding the tournament but put to rest rumors that they were planning a boycott.

"We are against organizing the Copa America, but we will never say no to the Brazilian national team," the players said in a joint statement on social media.

Neymar and team – as well as Brazil's coach, Tite – were reportedly caught off guard by news the tournament would be held in Brazil.

The players were blunt in their criticism of the South American football confederation, CONMEBOL.

"We are dissatisfied with CONMEBOL's handling of the Copa America," they said.

"Recent events lead us to believe the process of organizing the tournament will be inadequate."

Already delayed by 12 months because of the pandemic, the Copa America – the world's oldest running international football tournament – was originally due to be hosted by Colombia and Argentina.

However, the former fell through because of violent anti-government protests, and the latter because of a surge of COVID-19.

With the clock ticking down to the opening match, Brazil stepped in last week as replacement hosts.

But the 2014 World Cup host country has also been battered by COVID-19. And experts warn it is facing a new surge that a major international sports tournament could exacerbate.

The pandemic has claimed more than 475,000 lives in Brazil, second only to the United States.

The tournament has become a divisive, politically loaded matter in the country.

Far-right President Jair Bolsonaro, who has regularly defied expert advice on containing the pandemic, gave his blessing to host it.

But epidemiologists have voiced alarm, as have Bolsonaro critics and some coaches and players from participating countries.

The cases the Supreme Court agreed to hear were brought by the national metalworkers' union CNTM and by opposition Congressman Julio Delgado and his Brazilian Socialist Party (PSB).

The union argues that hosting the tournament "risks causing an increase in COVID-19 infections and deaths," the court said in a statement announcing it had agreed to hear the cases.

Delgado and the PSB argue that hosting "violates the fundamental rights to life and health," it said.

Several other requests to block the tournament were also filed in various courts, including another to the Supreme Court by the left-wing Workers' Party (PT) of former President Luiz Inacio Lula da Silva, who is shaping up as Bolsonaro's likely opponent in presidential elections next year.

Brazilian officials have said matches will be held without fans, with mandatory COVID-19 testing for teams every 48 hours, restrictions on their movement and chartered flights to carry them to matches in the four host cities.

However, the health ministry backed down Monday from plans to require all players, coaches and staff to be vaccinated.

Health Minister Marcelo Queiroga said it was too late to ensure immunity and that post-vaccine side effects "could compromise players' performance."