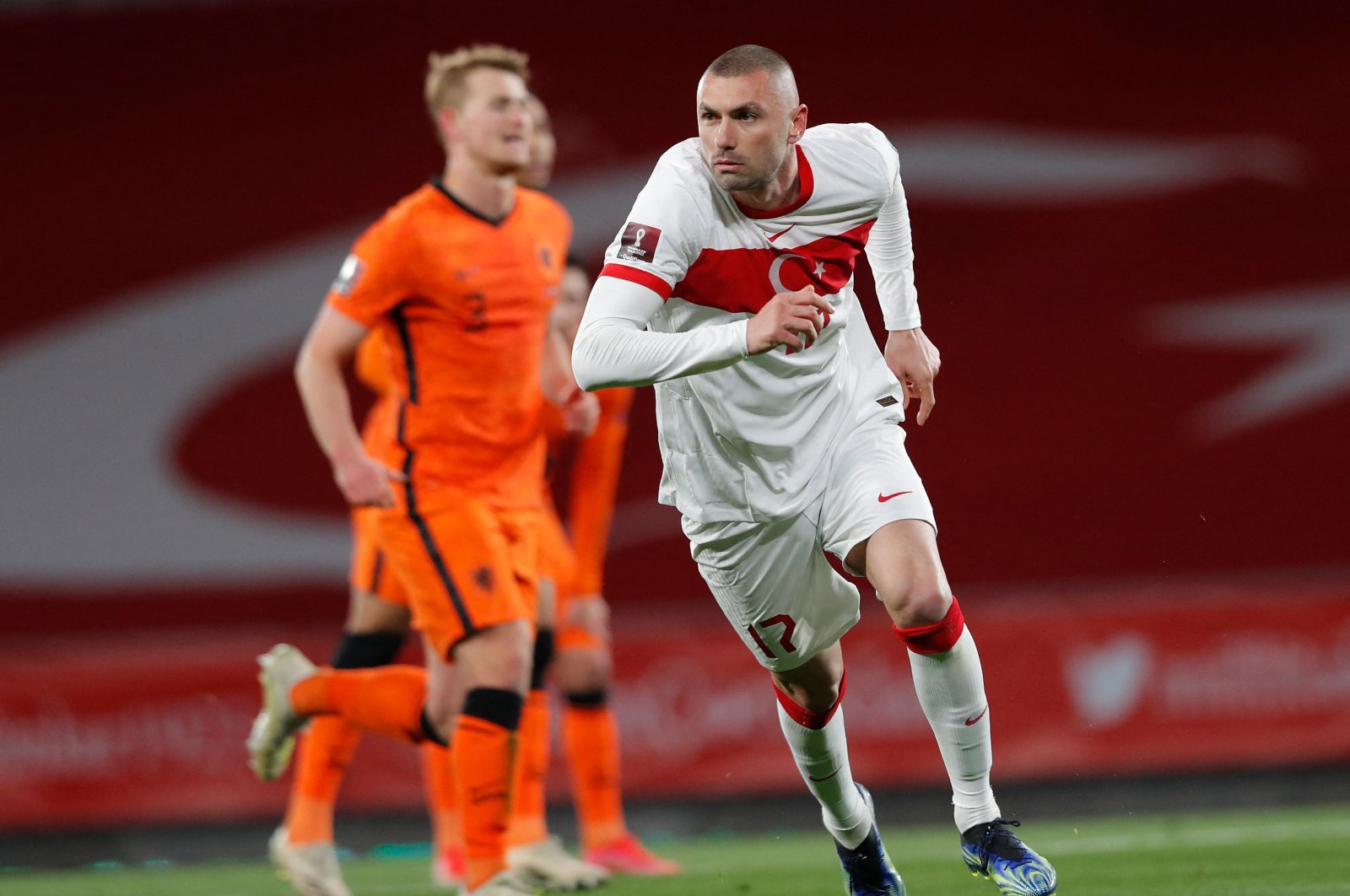 In the age of fast football, players over 35 are often considered too old or past their prime. However, anyone who has followed Burak Yılmaz’s performance with Lille, or watched his brilliant hat trick against The Netherlands on Wednesday would agree that 35 is just a number.

It was not just the goals, his stellar performance as the Turkish captain also inspired, and guided a group of younger players in Liverpool’s Ozan Kabak, Juventus’ Melih Demirel, Leicester City’s Çağlar Söyüncü and Lille’s Zeki Çelik – all of them in their early 20s.

The veteran Turkish striker, currently practicing his trade with the Ligue One side Lille, made 40 touches in the match against The Netherlands, won eight duels and five aerial duels, registered a 100% long-ball accuracy and to top it all off score three goals from his three shots on target.

He then converted a second from the spot to double Turkey’s lead in the 34th minute, after dutch winger Donyell Malen brought down West Brom’s Okay Yokuşlu inside the penalty box.

The goal saw him tie Portugal’s Cristiano Ronaldo for the most number of goals against The Netherlands with four.

Turkey went 3-0 up with a low-driven shot from long range by AC Milan midfielder Hakan Çalhanoğlu in the second minute of the second half.

When the Dutch pulled back two goals in quick succession, once again Yılmaz put the match out of the visitor’s reach in the 81st minute. This time with an impeccable long-range free kick.

Yılmaz curved the shot beautifully over the Dutch wall and out of keeper Krul’s reach to make it 4-2, sealing the fate of the game. With the goal, Yılmaz became the first player to score a hat trick against The Netherlands since Klaus Allofs for Germany in 1980.

The win gave, on the other hand, gave Turkey a flying start to its Qatar 2022 World Cup Qualifiers campaign.

He now has 27 goals in 64 caps for the Turkish national team. The Turkish striker is one of only nine players to have played for each of Turkey's Big Three of Galatasaray, Fenerbahçe and Beşiktaş. He is also the only second player to have played for the Big Three and Trabzonspor, also referred to as the Big Four, along with current Beşiktaş coach Sergen Yalçın.

Yılmaz moved to the French Ligue 1 side Lille in 2020, and has so far scored nine goals in 20 appearances for the club. Along with teammates Yusuf Yazıcı and Zeki Çelik, the Turkish trio has been instrumental in transforming Lille’s fortunes in the league.