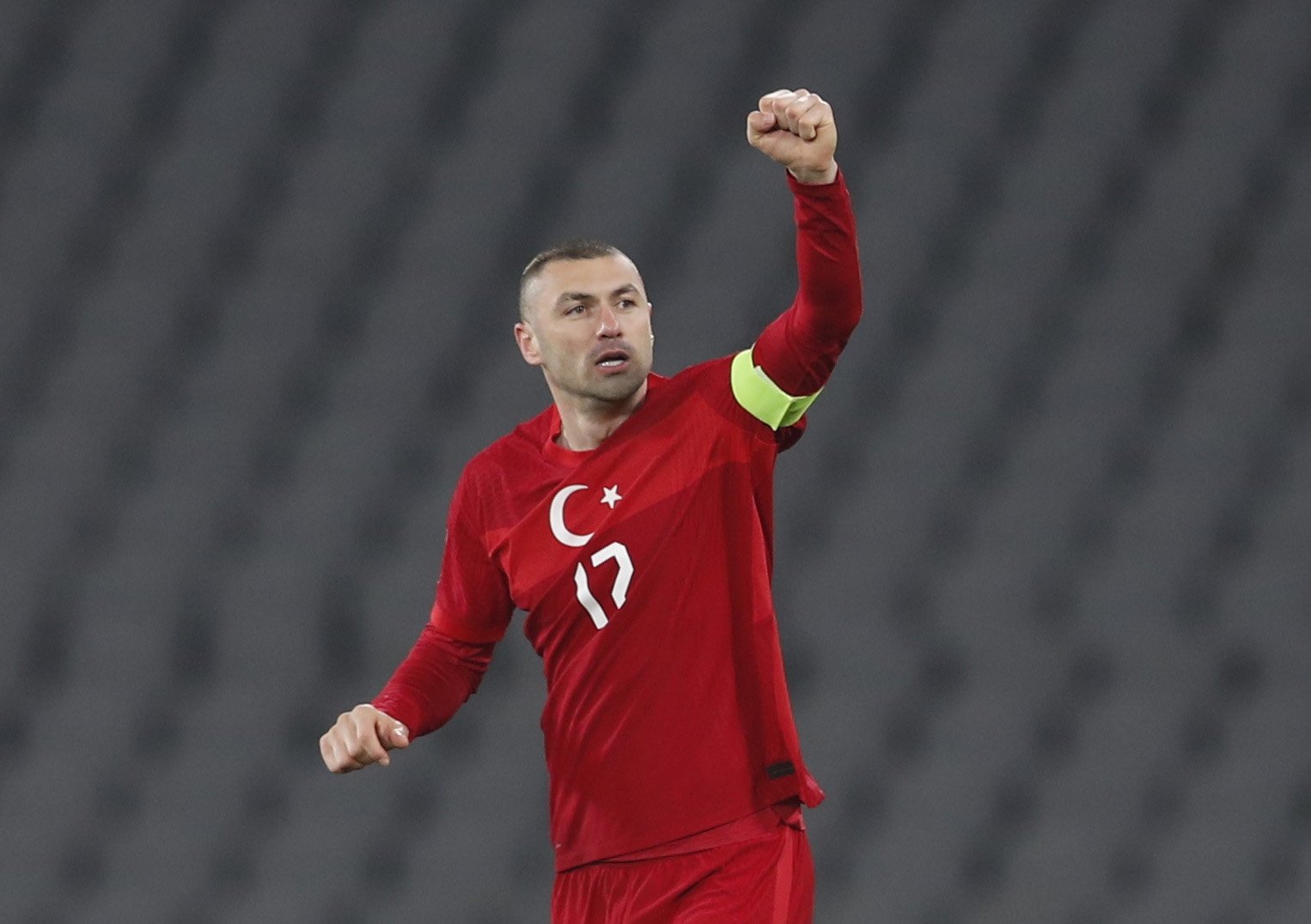 The first of those games could also prove the most decisive: a trip to league leader Paris Saint-Germain on Saturday.

Defending champion PSG and Lille are level on points, with PSG ahead on goal difference. Lyon is three points behind in third place and Monaco is four points back in fourth. The Principality side, which counts Prince Albert among its most loyal fans, has surged into contention after losing only once in 15 league games.

Yılmaz could prove crucial to Lille's chances of a first league title since it clinched a domestic double in 2010. The 35-year-old center forward heads to Paris in fine form with four goals in three games for Turkey in recent World Cup qualifiers. He scored a clinical hat trick against the Netherlands and scored with a coolly taken penalty against Latvia.

He had nine league goals for high-flying Lille before a calf injury sustained in January ruled him out for 13 games, and contributed to a gradual loss of form for Christophe Galtier's side.

Yılmaz still lacked match fitness when he played in the home loss to basement battler Nimes on March 21, a defeat that allowed PSG to claim the top spot.

But Yılmaz's sharpness and movement will have increased after playing nearly the full 90 minutes in each of Turkey's games.

The former Trabzonspor and Galatasaray star joined Lille in the offseason, after scoring 201 goals in Turkish football and twice finishing as league top scorer with Istanbul-based Galatasaray.

Galtier really needs him at his sharpshooting best.

Because Lille has won only two of its past six league games, a poor run that includes two draws at home to modest opposition in Brest and Strasbourg prior to the surprise defeat against Nimes.

Too many dropped points have allowed PSG to claw its way back despite losing seven league games – the club's most defeats in a season since cash-rich Qatari investors took over 10 years ago.

Galtier needs Yılmaz's goals but also his physical presence in what is a skillful and fast but lightweight attack. His physique could prove important against PSG, which has one of the league's most rugged defenders in Presnel Kimpembe.

Yılmaz’s ability to play with his back to the goal will keep Kimpembe busy, thus allowing Lille's fleet-footed forwards Jonathan David and Timothy Weah to play off him.

Yılmaz is good from the penalty spot, too, as he showed against Latvia, which is good news for Galtier after Yazıcı's penalty miss in a French Cup defeat to PSG last month.

Also on Saturday, Monaco can move up to third place if it beats ninth-place Metz at home and Lyon draws at fifth-place Lens – which is chasing a Europa League spot next season.

“It will be a very important day, with the top four all playing” Monaco coach Niko Kovac said. “Metz is a very good team, one of the best in the league on the counterattack.”

Lyon will hope the international break boosts forward Memphis Depay's domestic form. He had an unusually subdued game in Lyon's 4-2 home defeat to PSG but found his scoring touch with the Netherlands this week.