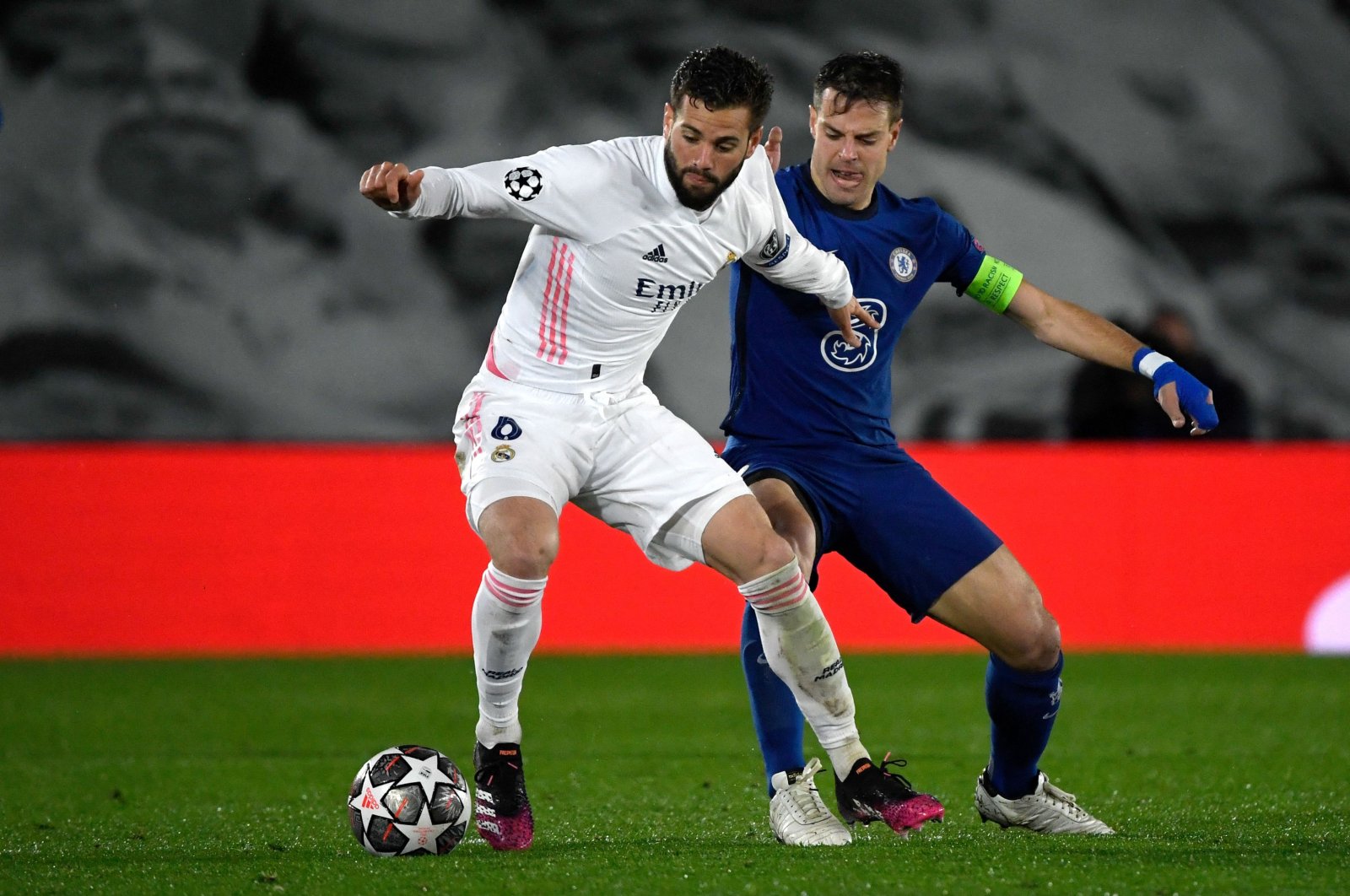 Premier League powerhouse Chelsea will be looking to go through to its first Champions League final since the title-winning campaign back in 2012 as it hosts European veterans Real Madrid on Wednesday.

The Blues will welcome Real to Stamford Bridge still with much to do after failing to land the killer blow when the 13-time European champions were on the ropes in last week's first leg.

A 1-1 draw in the Spanish capital still gives Chelsea the upper hand thanks to an away goal, but Thomas Tuchel's men could have had a much more convincing advantage but for a tale of two strikers.

In a story of his first season at Chelsea, Timo Werner missed a glorious chance to put his side in front early as the outstretched leg of Madrid goalkeeper Thibaut Courtois denied his old club.

That miss even provoked criticism from the wife of Werner's teammate Thiago Silva.

"Every team I go to there is a striker who keeps missing goals," Isabelle da Silva posted in a since-deleted Instagram message.

At the other end, after Christian Pulisic had put Chelsea in front, Karim Benzema needed barely a half-chance to blast Real back on level terms for his 28th goal of the season and become the joint fourth-highest goalscorer in Champions League history.

Those are the sorts of numbers Chelsea expected when it paid 47 million pounds ($65 million) for Werner last June, at a time when other clubs, including Madrid, were scrambling to find the money just to pay their players as the coronavirus pandemic halted football across Europe.

Backed by Russian oligarch Roman Abramovich, Chelsea was the club least deterred by the pandemic as it splashed out a total of 220 million pounds in the transfer market last summer.

That expense has been rewarded by a return to the last four of the Champions League for the first time in seven years.

Yet, none of the attacking trio of new signings, Werner, Kai Havertz and Hakim Ziyech have consistently shown their best form.

Havertz and Ziyech started the first leg on the bench, but Tuchel has remained loyal to Werner since taking charge in January despite his lack of goals.

The need for a prolific goalscorer to back up the significant defensive improvement since Tuchel replaced Frank Lampard has even sparked rumors Abramovich could be forced to spend big again.

Chelsea are among a number of clubs interested in Borussia Dortmund's Erling Haaland.

But Tuchel remains confident that Werner can prove to be the consistent finisher the club need.

"You will not find one manager who will not add a 20-goal striker to his squad. I cannot have enough of them, if you can guarantee that," said Tuchel when asked about interest in Haaland.

"But this is what Chelsea bought, they bought Timo Werner and he is a 20, 30-goal striker a year. Now he is struggling a little bit, for the first time in his career.

"In any transfer, there are risks of adaptations, change of country, change of mentality. It needs time. It's not a puzzle where you identify one piece and you go out and find the exact piece, it's more than that and that's why there is no rush and no panic."

"I’m very happy with this group in the semi-final," he said. "We feel ready for a big fight and I'm pretty sure that we need a big performance because Real Madrid will give us a hard time," he added.

Meanwhile, Real Madrid could see the return of captain Sergio Ramos for the second leg against Chelsea. The central defender has returned to training after a muscle injury and might make it back to the squad for Wednesday's match. Ramos has been key for Madrid in the Champions League. He missed Madrid's last round of 16 matches in each of the last two seasons because of suspensions.

Left back Ferland Mendy may also return to the squad after not playing in the first leg because of injury, and Eden Hazard could start against his former club after playing a few minutes last week in Madrid.

However, coach Zinedine Zidane will be without his other regular central defender, Raphael Varane, who is injured. Another doubtful starter is midfielder Federico Valverde because of a positive COVID-19 test.

"We're alive and we're going to the second leg with the idea of winning," said Zidane, who led the team to three successive European triumphs between 2016 and 2018 during his first spell as coach.