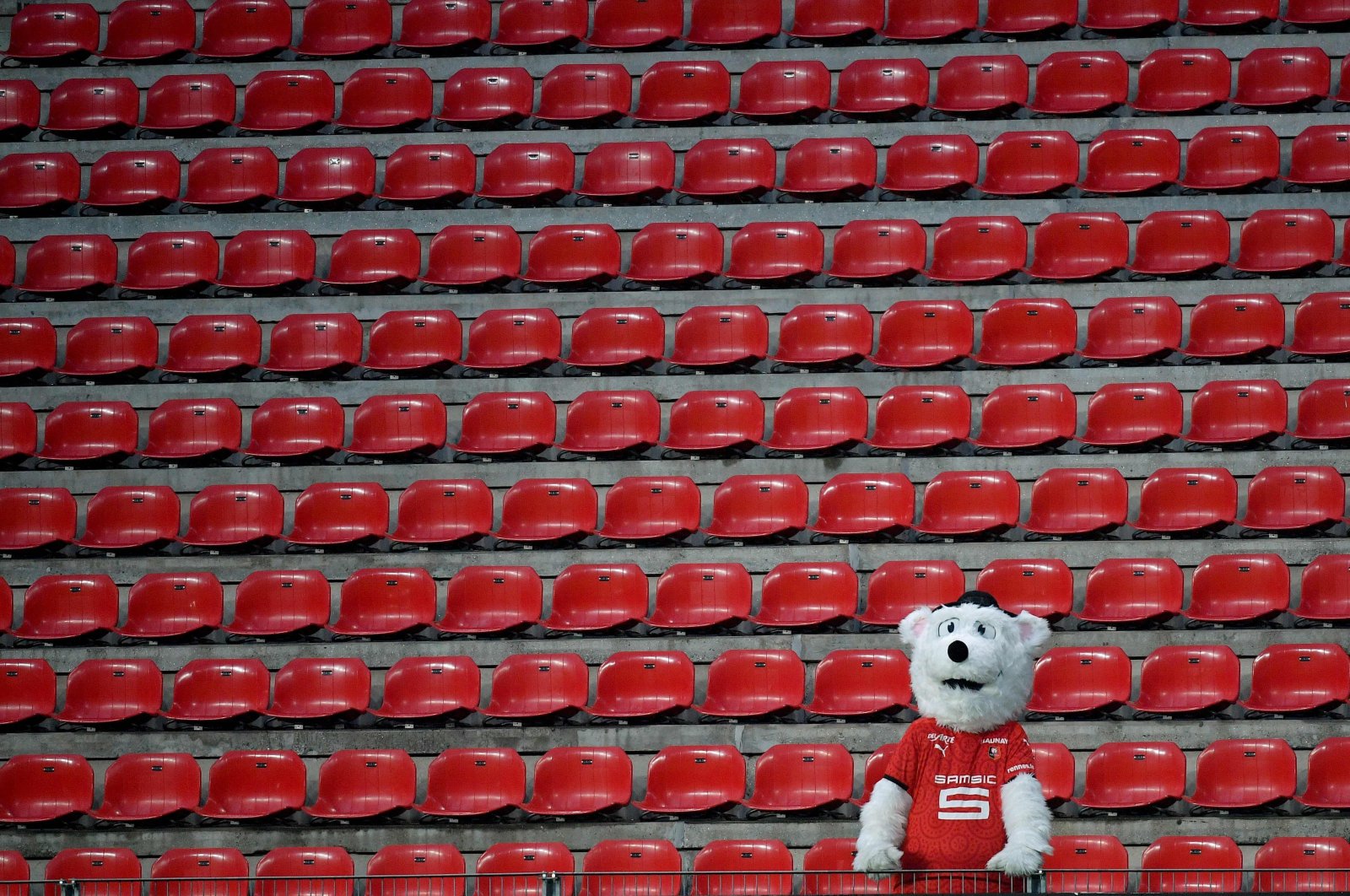 The Rennes' mascot stands in the empty tribunes due to the COVID-19 coronavirus pandemic during the French Ligue 1 football match between Stade Rennais and RC Lens at the Roazhon Park stadium in Rennes, western France, Dec. 5, 2020. (AFP Photo)
by French Press Agency - AFP Jan 26, 2021 5:20 pm
RECOMMENDED

The coronavirus pandemic could cost Europe's 20 highest-earning football clubs over 2 billion euros ($2.4 billion), according to forecasts from financial experts Deloitte.

Deloitte's latest Football Money League report shows that revenues of the top 20 clubs analyzed fell by 1.1 million euros in the 2019/20 season due to closed stadiums and television rebates.

Some of that revenue will be recouped in the accounts for the 2020/21 season. The financial year at most clubs ends on June 30, meaning some prize money and broadcast income for domestic leagues and European competitions that completed beyond that date is not included in last season's figures.

However, the ongoing effects of the virus will make an even bigger dent on club finances in 2020/21 with stadia largely shut to supporters across the continent for the entire season so far and little sign of restrictions being eased.

Even as the games have gone on behind closed doors, broadcasters have been compensated for a disruption to the original schedule and the lack of atmosphere produced by empty stadiums.

"We usually release our money league and talk about the revenue growth but of course football is not immune to the COVID-19 pandemic," said Tim Bridge of Deloitte's Sports Business Group.

"The revenue that's been missed out on is driven by the lack of fans in the stadium, the lack of interaction on a matchday – fans spending in the club shop and buying food and drink – and there is an element that relates to revenue that broadcasters have either clawed back or deferred to next year."

Spanish giants Barcelona maintained their position at the top of the revenue table despite their income falling 15% to 715 million euros.

However, the Catalans are still mired in an economic crisis due to spiraling debts of 1.2 billion euros according to accounts released by the club Monday.

Bayern Munich leapfrogged Manchester United into third due to the latter missing out on Champions League football last season.

Zenit Saint-Petersburg is the only club outside the top five leagues on the list.

The impact of the pandemic has seen some of the biggest clubs push through competition reform to guarantee bigger revenues.

Speculation has mounted over a breakaway European Super League, but last week FIFA and UEFA warned any players that took part in such a competition would risk being banned from major international tournaments such as the World Cup.