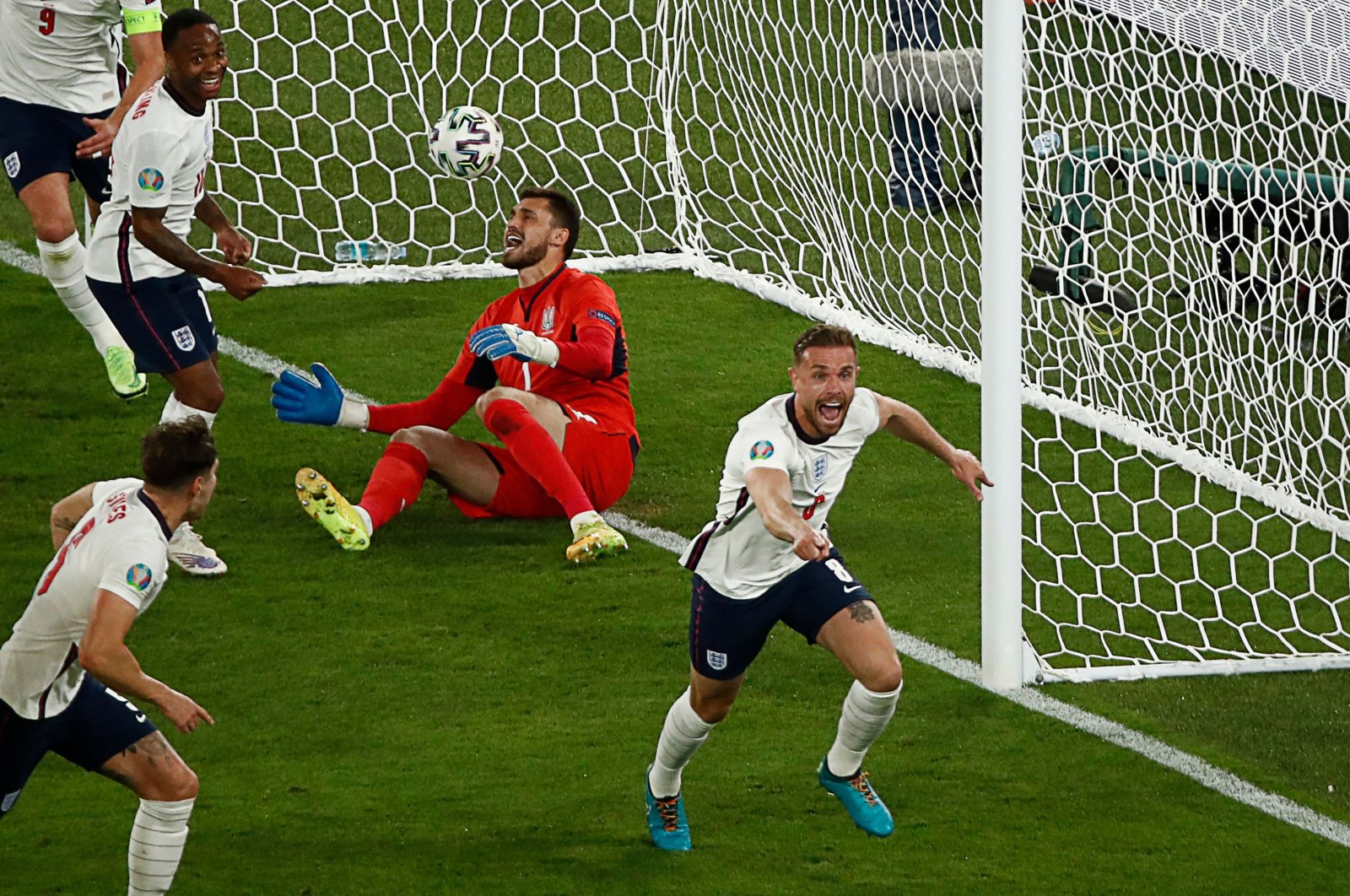 With 60,000 fans allowed to attend each of the final three games at Wembley – a move seen with concern by health experts amid the coronavirus pandemic – Southgate's team will have the fans backing in the semi and a potential final

England will hope to bank on crucial home advantage as it prepares to stop Denmark's dream run at the Euro 2020 semifinals at Wembley. And should it make the final, Italy or Spain will be its opponent.

England hopes that the Wembley factor can carry it all the way to the Euro 2020 title but in order to lift the trophy next Sunday Gareth Southgate's team needs to maintain its focus for another two matches.

Captain Harry Kane struck twice as the Three Lions rolled 4-0 over Ukraine on Saturday in Rome to set up a semifinal date with Denmark on Wednesday.

The first semifinal Tuesday is between an impressive Italy, which is the clear favorite, and a resurgent Spain.

Spain has lifted the trophy three times, Italy and Denmark once each, leaving only England without continental success.

But with 60,000 fans allowed to attend each of the final three games under the arch – a move seen with concern by health experts amid the coronavirus pandemic - Southgate's team will have the fans backing in the semi and a potential final.

England is in its third semifinal following 1968 and 1996, the latter ending in a painful penalty shoot-out loss to eventual champions Germany.

Southgate was the player to miss from the spot then but he can now make amends as a manager in his second big semi, following that from the 2018 World Cup it lost against runners-up Croatia.

Kane has rediscovered his scoring touch for three goals in the last two games after Raheem Sterling got the first three for a team that is yet to concede in five games.

The first win over Germany in 55 years since the 1966 World Cup final really got the euphoria going in the last 16, and the England camp knows what is at stake.

"It has been a great tournament so far. But the bottom line is we have a vision of where we want to be and it has to be winning major tournaments," Kane said.

"We are on the right track but we have a very tough game coming up. We have our supporters there as well, we are going to have 60,000 in the stadium and we want to do them proud and friends and family proud.”

The 1992 winners Denmark won't be a push-over and also have shown unity plus the support from the entire nation as they bounced back from the shock of seeing their midfielder Christian Eriksen having to be revived on the pitch after suffering cardiac arrest in its opening game against Finland.

And it has fond memories of Wembley having beaten England there 1-0 in the Nations League last autumn.

"We had a goal before heading into this tournament, and that was to go back to Wembley. I'd be lying if I said that we're OK with reaching the semis," captain Simon Kjaer said.

Italy, meanwhile, has arguably been the most impressive team so far at the Euros, with Roberto Mancini's team beating world ranking leaders Belgium 2-1 in the quarters to extend their unbeaten run to 32 games.

"We will go to Wembley as a team that can still offer a lot. Spain is a very tricky opponent like Belgium. We will set ourselves up and get ready for it," Mancini said.

"The team has progressed game in game out. And there is still room for improvement."

This year's Spain doesn't have the flair of the classy side that won back-to-back titles in 2008 and 2012 but Luis Enrique's new-look team has made it into the last four, impressing in a 5-3 last 16 win over Croatia but then needing penalties against Switzerland.

"We are so proud. It'd be ridiculous to think that we, or any of the semi-finalists, would sign for just getting that far now – all of us want to get to the final and win," Luis Enrique said.