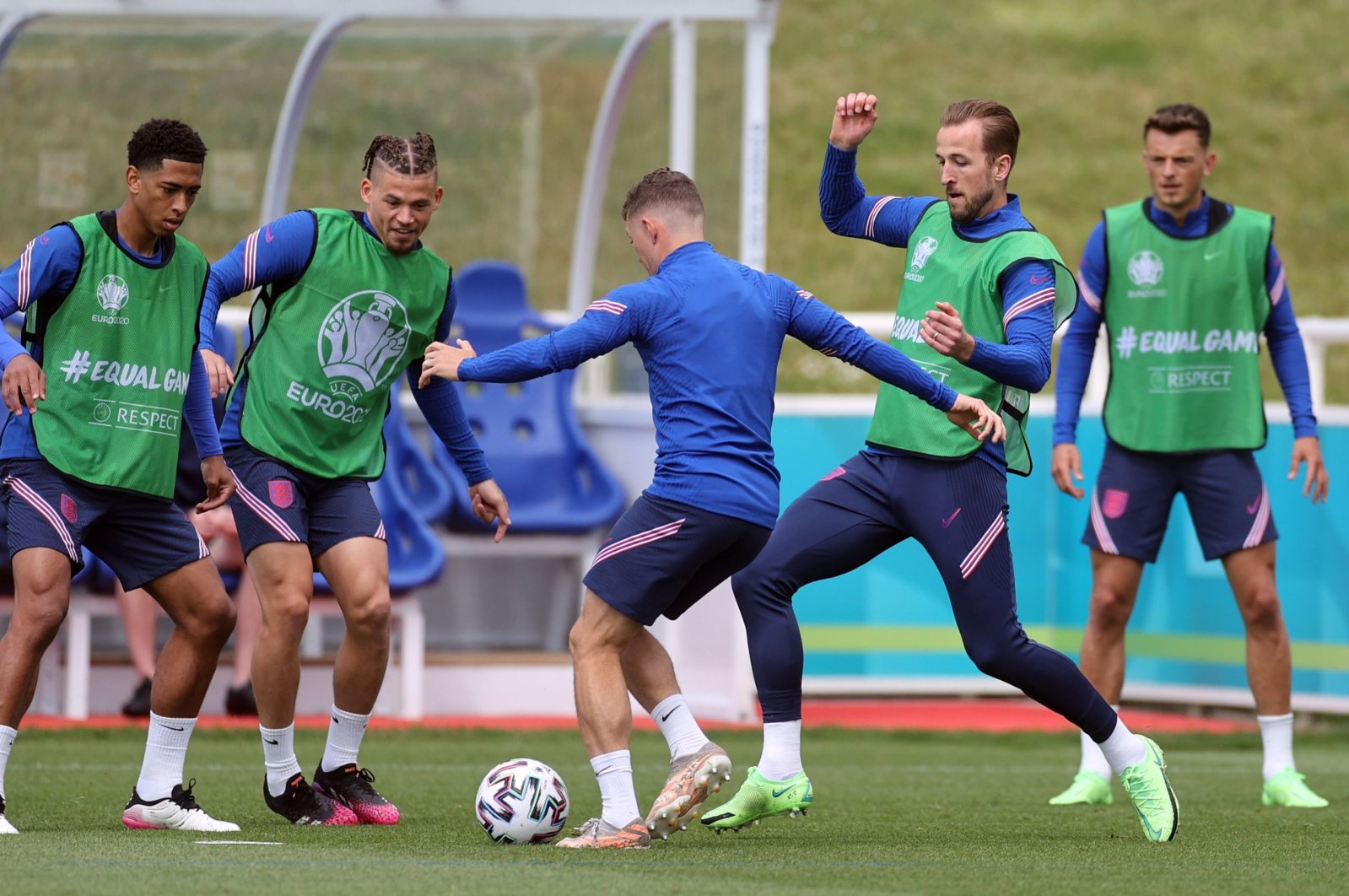 England will seek revenge as it opens the Euro 2020 campaign against Croatia on Sunday while the tournament reels following Denmark midfielder Christian Eriksen's emergency treatment on the pitch.

The Netherlands are back in action at a major tournament for the first time since 2014 on the third day of action but the coronavirus is causing fresh havoc after Portugal's Joao Cancelo tested positive.

Eriksen, 29, received CPR as his distraught teammates formed a circle to shield him from the view of 16,000 stunned spectators in Copenhagen's Parken Stadium on Saturday.

The Group B game – just the third of the month-long tournament, which kicked off a year behind schedule on Friday – was halted just before half-time with the score goalless and suspended for nearly two hours before restarting.

The Finns won 1-0 thanks to a Joel Pohjanpalo header in their first-ever appearance in the European Championship but Eriksen's plight overshadowed the match.

The Danish Football Union said on Sunday that the Inter Milan midfielder remained in hospital but was in a "stable" condition.

"This morning we have spoken to Christian Eriksen, who has sent his greetings to his teammates. His condition is stable, and he continues to be hospitalized for further examination," it tweeted.

Gareth Southgate's youthful England side gets its challenge underway as it faces 2018 World Cup finalists Croatia – who beat England in the semifinals in Russia – at Wembley in a 1300 GMT kickoff.

England is playing all three group games at its London home. If it tops Group D it will also play there in the last 16, while London is also the venue for both semifinals, as well as the final on July 11.

Center forward and captain Harry Kane, who won the Golden Boot at the 2018 World Cup, holds the key to ending England's 55-year wait for a major trophy.

Southgate has selected one of the youngest and most intriguing squads in the tournament, with the emergence of Phil Foden, Mason Mount and Jude Bellingham heralding a bold new era for the Three Lions.

The England boss believes delaying the Euros by a year could prove beneficial for his young players, who have gained valuable experience in the past 12 months at the club and international level.

"It's definitely a good thing that a lot of our players have had maybe seven or eight more caps, big matches with their clubs and had that confidence that comes from playing in those big games," he said.

"Some of them have had great success in those big games as well, which is also an important factor."

Dutch back in action

The Netherlands play Ukraine in Amsterdam to open their account, deprived of the services of the long-term injury absentee Virgil van Dijk but still able to call on a wealth of talent including Barcelona midfielder Frenkie de Jong.

Ukraine's pre-match preparations have been marred by a row with Russia over its jersey that features patriotic slogans and the outline of Ukraine that includes Crimea, which Russia annexed in 2014.

In Sunday's third match, tiny North Macedonia will make history as it plays its first match in a major tournament as an independent nation when it faces Austria in Bucharest.

Meanwhile, Portugal defender Cancelo has tested positive for COVID-19 and is out of Euro 2020, the defending champions' federation announced.

Diogo Dalot has replaced the Manchester City right-back in the Portuguese squad, with the titleholders opening their Group F campaign against Hungary in Budapest on Tuesday.

The Russian, Spanish and Swedish squads have also been disrupted by positive tests.

On Saturday, top-ranked Belgium showed it will be a force to be reckoned with as Romelu Lukaku scored twice in a 3-0 win against Russia in Group B.

Euro 2016 semifinalists Wales drew 1-1 with Switzerland in Group A, topped by Italy, who beat Turkey 3-0 in the tournament opener on Friday.

World Cup holders France – with Karim Benzema recalled from a five-and-a-half-year international exile – is the favorite to win the continental crown.

It begins the campaign against Germany in Munich on Tuesday, just after holders Portugal play Hungary in the same Group F.