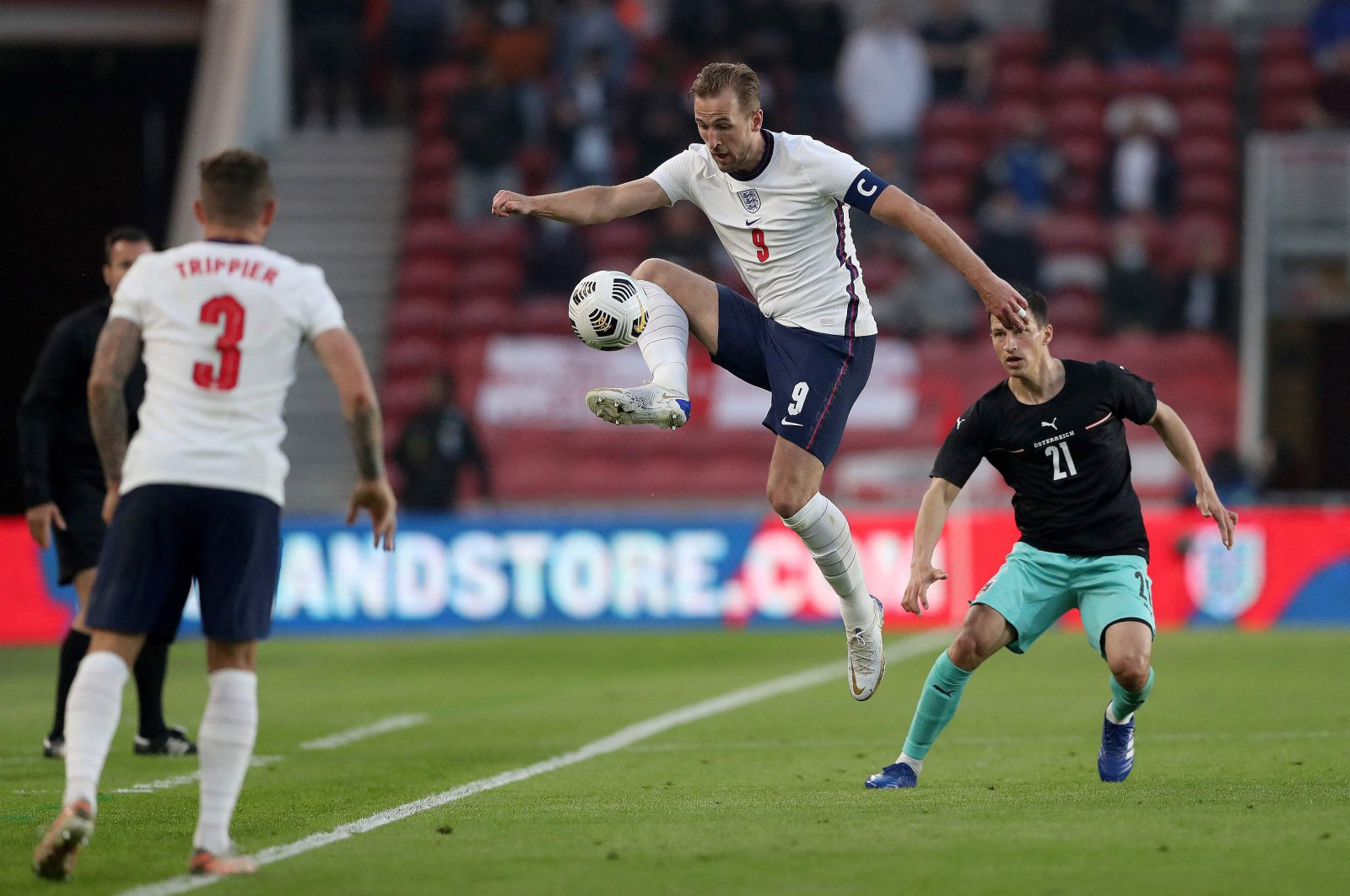 Burdened under a monumental expectation to end England’s 55-year-long title drought in major competitions, coach Gareth Southgate hopes his young and energetic players will be up to the task as they head into Euro 2020 next week.

Southgate has overseen an impressive youth revolution since taking charge of England in 2016 and the delayed European Championship could be the perfect time for his labors to bear fruit.

With an average age of 25 years and three months, England will go into the tournament with one of the youngest squads.

But after reaching the semifinals of the 2018 World Cup and making the last four in the Nations League a year later, Southgate believes England has a golden opportunity to win a senior international prize for the first time since the 1966 World Cup.

That iconic success came on home turf and Southgate was an England player when they reached the Euro 96 semifinals at Wembley.

Southgate's current crop will be helped by a tournament schedule that could see England play all but one of its games at Wembley if it reaches the final.

Asked recently if anything less than a semifinal appearance would be a failure, Southgate said: "Yeah, it probably will.

"I think we're realistic about that, we have to live with that expectation.

"Are we ready to win? Well, we've been to two semi-finals so the next step is to try to go further."

Southgate's confidence is inspired by the influx of dynamic youngsters who have added drive and skill to a squad already featuring seasoned campaigners Harry Kane, Raheem Sterling, Kyle Walker and Jordan Henderson.

Phil Foden, Mason Mount, Jack Grealish and Jadon Sancho give Southgate an embarrassment of riches in the playmaking department.

Arsenal's versatile winger Bukayo Saka staked his claim for Euro involvement when he capped an eye-catching display with his first England goal in Wednesday's friendly against Austria.

Underlining the quality available to Southgate in comparison to some of his predecessors, there were seven England players involved in the Champions League final, with Chelsea's Mount providing the killer pass for Kai Havertz's winner against Manchester City.

Mount, Reece James and Ben Chilwell joined up with the England squad after celebrating their Champions League triumph, while City's Walker, Sterling, Foden and John Stones could console themselves with Premier League and League Cup winners medals.

Trent Alexander-Arnold's withdrawal with a thigh injury is a blow and fitness issues surrounding Henderson and Harry Maguire are concerning.

But potential weaknesses at the back could be outweighed by the potency of an attack spearheaded by Tottenham striker Kane – the Premier League's top scorer this season and the 2018 World Cup Golden Boot winner.

For a naturally cautious character, it was instructive that even Southgate could not contain his enthusiasm when he revealed his 26-man squad this week.

"We've got some exciting players and I don't think they are at their peak by any means. When I look at some of the players, it's so exciting for England in the future," he said.

England faces Croatia in its Group D opener on June 13 before hosting Scotland and the Czech Republic in its remaining games.

The Scotland clash will revive memories of England's famous 2-0 win against its neighbor at Euro 96.

Paul Gascoigne's sublime strike and the “dentist's chair” celebration that followed remain etched in the minds of all who saw it.

England was serenaded to the semifinals that year by the “Football's coming home” chant that provided the soundtrack for an emotional summer.

Southgate missed a penalty in the shootout defeat against Germany that ended England's tournament.

But the 50-year-old has a chance for redemption on the 25th anniversary of his nightmare moment.

Aware of just how powerful the wave of patriotism can be when the country gets behind the England team, Southgate can't wait to get started.

"We know the excitement around the team and it's great, we're now relevant," he said.