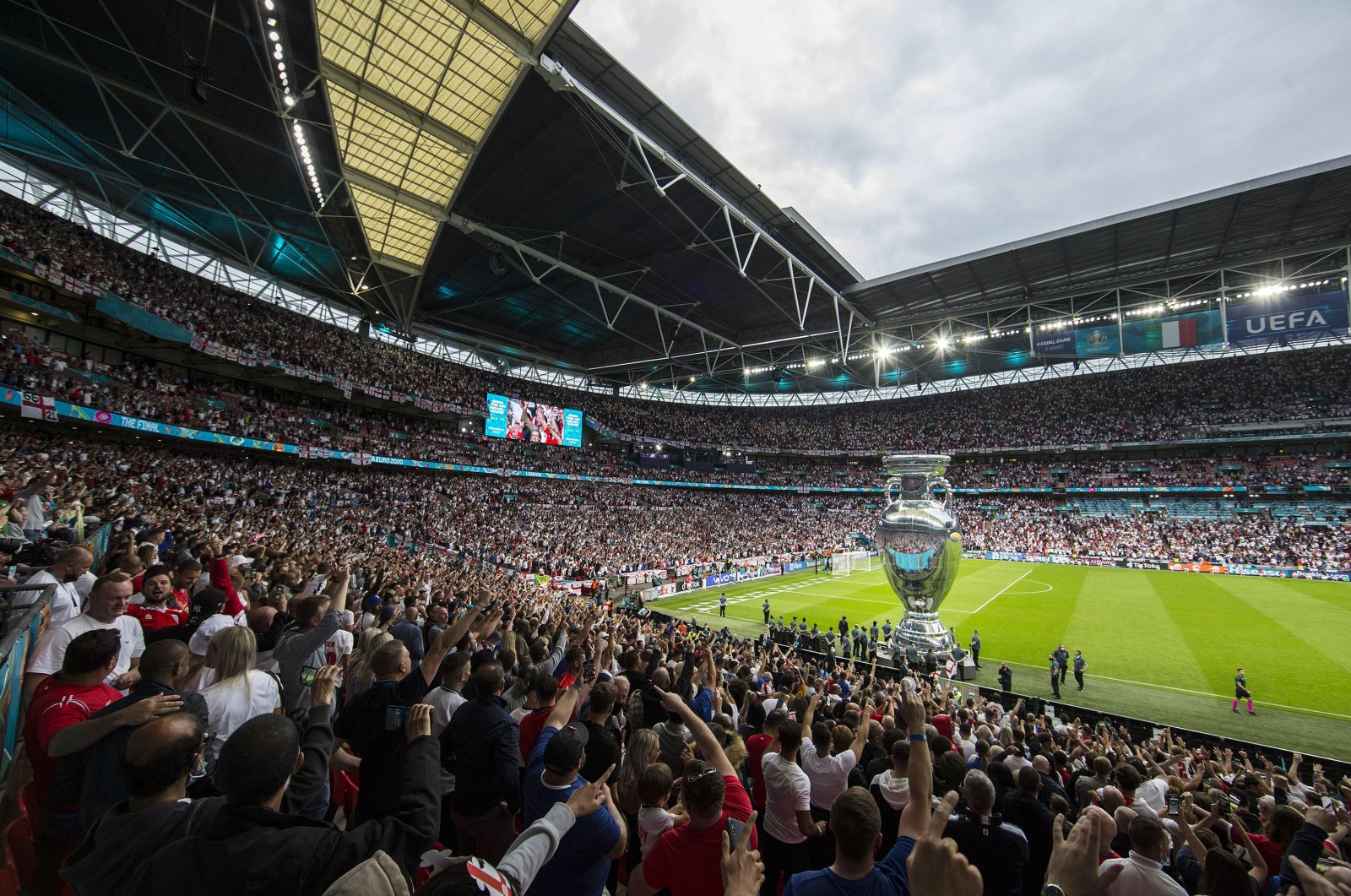 A large inflatable version of the trophy is seen on the pitch before the UEFA Euro 2020 final between Italy and England at Wembley Stadium in London, United Kingdom, July 11, 2021. (Getty Images)
by French Press Agency - AFP Sep 09, 2021 2:36 pm
RECOMMENDED

The European Leagues, the body that represents professional competitions on the continent, announced Thursday it was against FIFA's proposal to hold the World Cup every two years.

On Wednesday, FIFA president Gianni Infantino said the extensive shake-up would cut out "too many meaningless matches."

European Leagues, whose board of directors included members from La Liga, the Premier League, the Bundesliga, Ligue 1 and Serie A, met on Tuesday.

"On this occasion, the Leagues have firmly and unanimously opposed any proposals to organize the FIFA World Cup every two years," the group said in a statement.

"The Leagues will work together with the other stakeholders to prevent football governing bodies to take unilateral decisions that will harm domestic football which is the foundation of our industry and of utmost importance for clubs, players and fans across Europe and the world," it added.

Earlier this week, UEFA president Aleksander Ceferin warned hosting the World Cup every two rather than four years would "dilute" the tournament.

Fans from across the globe were also in favor of keeping the World Cup status quo.

"The overwhelming majority of fans oppose a biennial World Cup cycle, and if FIFA had bothered to engage with us on the subject, they would have known this to be the case," 58 national fan organizations across the sport's six confederations said in a joint statement on Tuesday.

"Why abandon almost a century's worth of tradition on a whim and with no evidence that it will improve the global game?" it added.