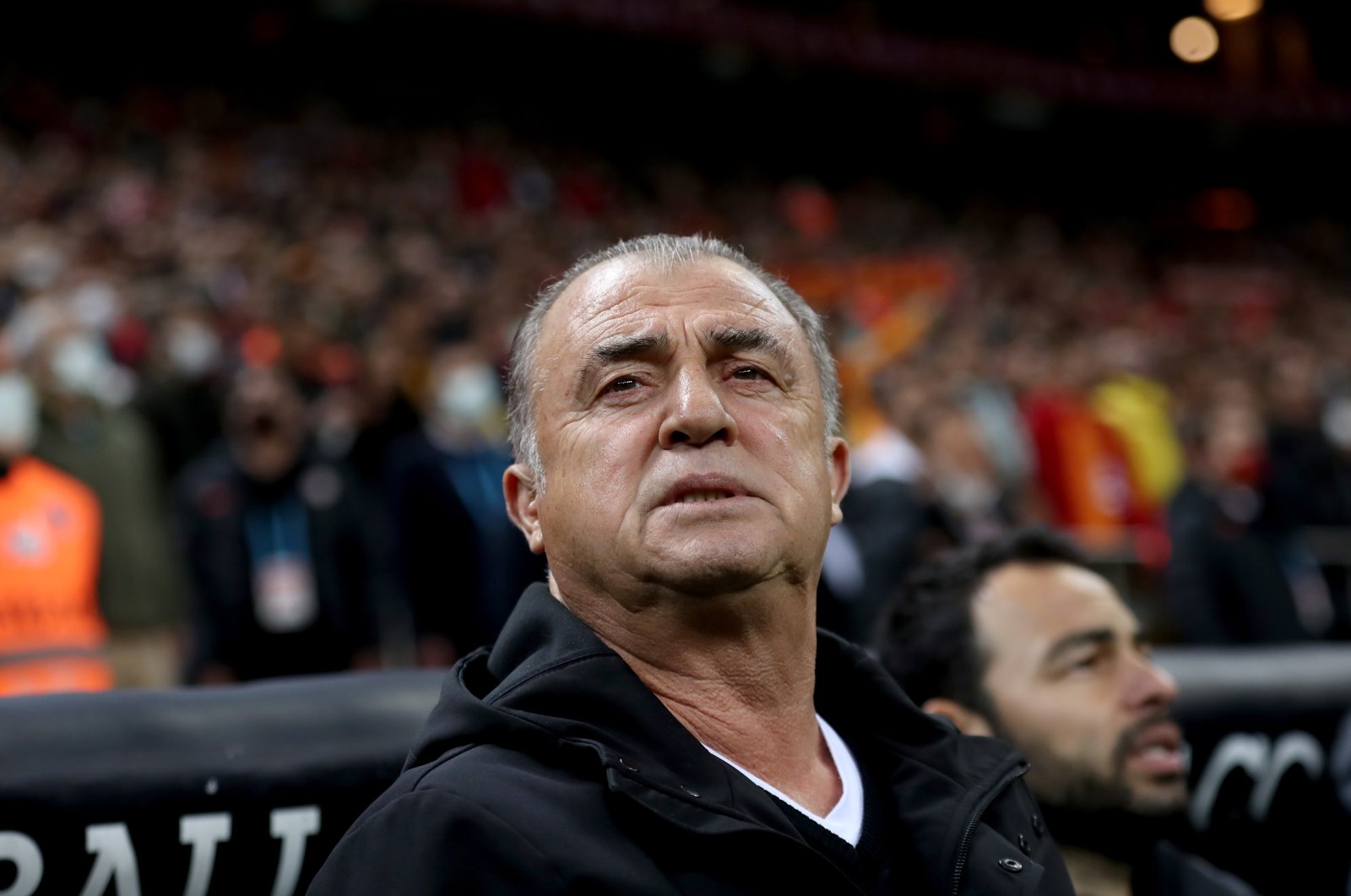 This week, Galatasaray fans were shaken by the news that their legendary coach has left the club. For many supporters like me, Fatih Terim is more than a football coach; just like football is never only football

There are many legendary figures in world football, both players and coaches, but very few have achieved the legendary status of Galatasaray’s own Fatih Terim.

He has achieved much previously deemed impossible and way out of reach. His successes have attracted a generation of Galatasaray fans, myself included.

We grew up with Terim at the helm of Galatasaray, the Turkish club that reached a level of success never seen before in Turkish football.

And “the Emperor,” or “Grande,” as his Italian fans call him, had the lion’s share in this success.

With a relatively low-profile squad, he managed to be crowned the 1999-2000 UEFA Cup winner at the helm of Galatasaray after a record four consecutive Turkish Super League championships.

The first trophies of European football in the new millennium were lifted in the hands of Turkish footballers: first, the UEFA Cup and then the UEFA Super Cup, which Galatasaray won after defeating Spanish giant Real Madrid, the winner of the 1999-2000 Champions League season.

Fatih Terim taught the great Turkish nation that its inferiority complex is just empty talk. “Turks can achieve whatever they put their minds to” was more than a slogan – it was a reality now.

The Emperor was proving that football is never just football, that it can even change how a nation views itself and, in a consecutive series of chain reactions, force it to take many more steps in the direction of development in many other areas thanks to the self-esteem gained from sporting success.

That’s why Fatih Terim matters so much to the Turkish nation. That’s why he matters even more to Galatasaray fans.

But he means much much more to me. Let me take you on a trip down memory lane.

A father figure – especially for people without one

I don’t want to get into much detail about my personal life but, to cut it short, I never truly had a father – functionally – and the only father figure I felt emotionally connected to was Fatih Terim. Also, there is a reason that every footballer that he trained calls him “father.”

His successes and determination showed me that I needed to have faith in myself and that I could achieve what was not even expected of me – just like he won the UEFA Cup in 2000 with a squad seemingly way inferior to its rivals during the competition. The Emperor took the place of the father figure I always desired to show me the way.

Life, in general, is a clash of symbols and metaphors, because the human mind is hardwired to compartmentalize black and white, success and failure, light and dark, day and night in separate, even seemingly unconnected domains. For example, your talent and success in playing guitar may help you excel at playing tennis even by a bit thanks to the morale and confidence boost it provides. “If I can achieve this, I can also achieve that” is the fuel that human psychology needs.

The same goes for football: If your club achieves something, you feel more confident, you have more self-esteem and you consequently get better at everything else you do. If Fatih Terim is sitting on the bench of the team that you support, you feel much, much more confidence, passion and love to get you going.

Even if the Emperor does not know it, he had a direct impact on my life. The love for Galatasaray that he instilled in me has got me where I am today. Let me go into further detail.

I had always been a good student but when I first started high school I started to falter, especially in math and science.

In Turkish high schools, you start off with every lesson: Turkish, English, math, chemistry, physics, arts and so on. After your first year, you choose your path: You either choose to study positive sciences, social sciences or linguistics.

But it all changed after I saw a name on the selection list: Galatasaray University.

I truly did not even care about the department that I was going to attend. The name was enough for me to choose it.

To give you a little background: Galatasaray Sports Club was founded in 1905 by a group of Galatasaray High School students headed by our founding father Ali Sami Yen. And Galatasaray University was opened in 1992, based upon a nearly 600-year-long legacy of educational supremacy.

In addition to the prestigious name of the school, the department of Comparative Linguistics gave me the chance to learn French and Spanish. So, when you look at it, my blind choice was also apparently a very conscious one considering the quality of education I received.

And before I even graduated, thanks to the prestigious name of Galatasaray and the languages it had taught me, I started working at the biggest foreign-language newspaper in Turkey. I did not even know I would be a journalist; I just took my chance to apply and the Daily Sabah administration gracefully accepted me, possibly due to the undoubted quality of a Galatasaray education. Because I had no experience in journalism whatsoever I did not have a single reference. Amid the economic hardships, I just needed a job. I blindly applied to be an “editor” without even knowing what it meant in journalism; and found out that I was already destined to be a journalist. And so I completed my journey from the aimless high school student choosing a university for its name to an experienced journalist working at the biggest English-language newspaper in the country.

And please don’t get me wrong – I am absolutely not boasting about my career or anything. Everybody around me knows that arrogance is the only thing I cannot stand, even in myself, and I absolutely despise people who brag. Moreover, I honestly don’t think I have got a career worth envying; I am still just in my early 30s, and I’m trying my best to get better at my job.

The only thing I’m bragging about is the club that I support and its greatest legend Fatih Terim, plus his direct impact on my lifeline.

To cut to the chase and connect all dots of the chain reaction: Thanks to the love for Galatasaray that the Emperor instilled in me back in the late '90s, I now have had a nearly seven-year career as a senior editor and journalist, and I have found the job I never thought I wanted. You may find my story too far-fetched or even crazy, but as the person that lived it, I swear it’s true.

That’s why I literally cried my heart out when I saw the news that Grande was on his way out for the fourth time. That’s why I sobbed several hours straight because a football club parted ways with someone I have never seen in real life.

Because just like football is never only football, Fatih Terim is more than a football coach to me, as he is for millions of Galatasaray fans, too.

“We did not become the King in a single day,

We won’t leave the throne in a single day;

We will stand with you until the day we die!”

Until the day you come back to your home for a fifth time, peace out.