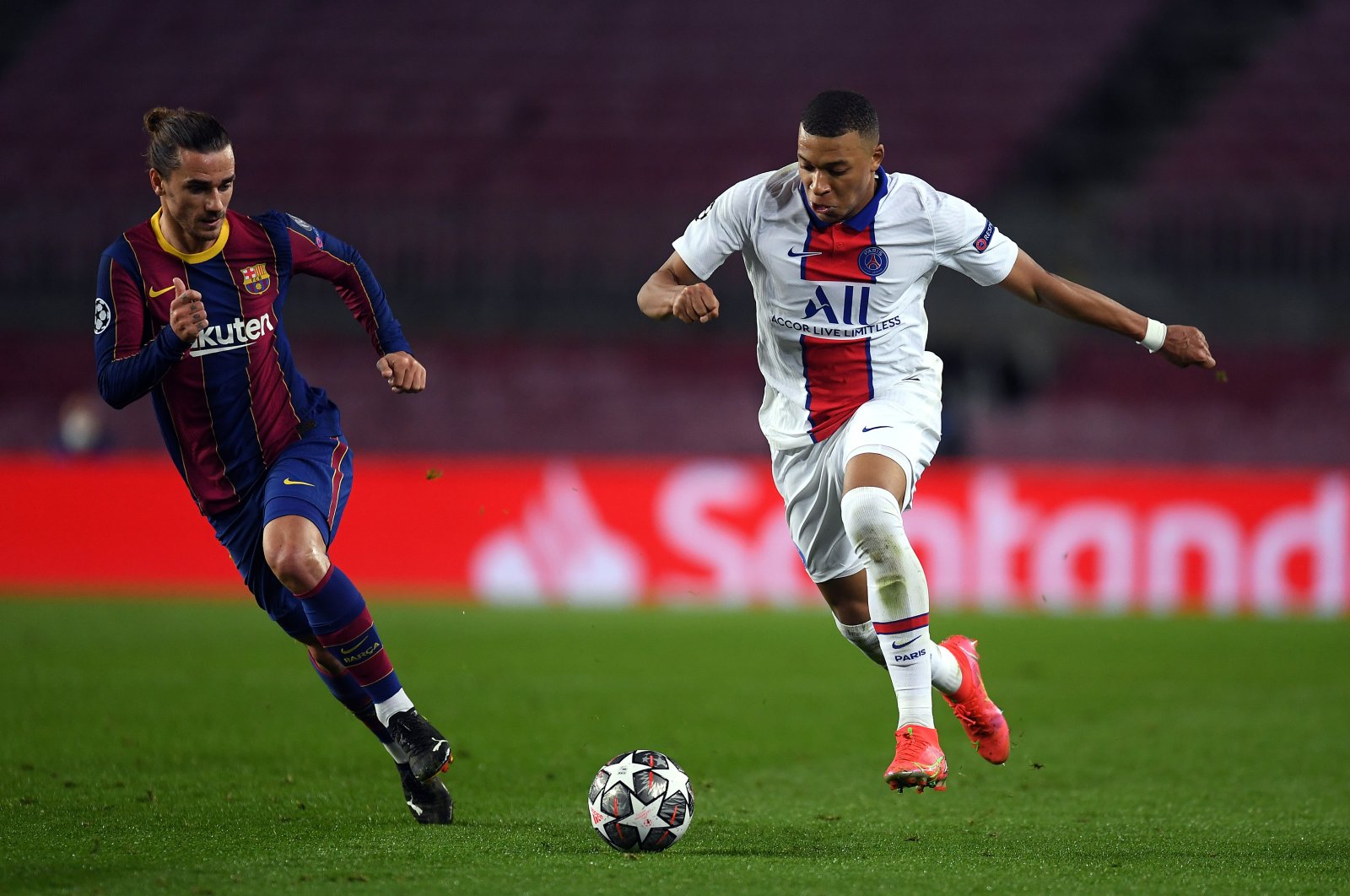 An eventful summer transfer window closed Tuesday as Real Madrid was denied a late bid for Paris Saint-Germain's Kylian Mbapped, while his compatriot Antoine Griezmann made a shock return to Atletico Madrid, just two years after leaving to join Barcelona.

World Cup-winning 30-year-old Griezmann, who scored 133 goals in his first spell with Atletico, has rejoined on a one-year loan deal with an option to extend by another year and an obligation to buy, the club said.

Barcelona has been struggling financially and had to allow six-time Ballon d'Or winner Lionel Messi to leave for PSG last month.

Midfield prodigy Camavinga, who is just 18, penned a six-year deal at Real, the club reportedly paying a fee of 31 million euros ($36.6m) plus 9 million euros more in bonuses.

It is a considerable sum for the Angolan-born player, who was in the final year of his contract at Rennes.

Real had spent the last week trying to clinch a dizzying deal for 22-year-old forward Mbappe, making two bids, the last understood to be worth a total of 180 million euros.

But PSG's Qatari owners do not need to sell and appear prepared to risk losing Mbappe for free at the end of the campaign in order to have the World Cup winner, Neymar and Messi together in attack for at least one season.

Real can come back in for Mbappe again in January, when they could sign him to a pre-contract agreement to move next summer without having to pay a transfer fee.

It has been an extraordinary summer transfer window in Europe, with Messi departing Barcelona for Paris and Cristiano Ronaldo on Tuesday finalizing his sensational return to Manchester United from Juventus.

Apart from Messi, PSG has also signed Sergio Ramos from Real Madrid and one of the world's top goalkeepers, Gianluigi Donnarumma, from AC Milan.

The latter cost some 60 million euros, with the rest all arriving as free agents.

On Tuesday, the club also announced the signing of teenage Portugal defender Nuno Mendes from Sporting Lisbon, on a season-long loan with an option to buy.

Ronaldo is the latest big-money signing in the Premier League, where the biggest deals have seen Manchester City buy Jack Grealish from Aston Villa for 100 million pounds ($138m) and Romelu Lukaku return to Chelsea from Inter for 97.5 million pounds.

In contrast, PSG apart, leading clubs on the continent have not been as willing to spend big money as they continue to suffer from the economic impact of the pandemic.

Before adding Camavinga, Real's only signing of note was David Alaba on a free from Bayern Munich.

Barcelona, mired in huge debts, could not keep Messi and spent deadline day selling off some of their talented youngsters.

Their only new permanent signings have been free agents, Eric Garcia and Sergio Aguero from Manchester City and Memphis Depay from Lyon.

In the Premier League, Chelsea secured the signing of Atletico midfielder Saul Niguez on a season-long loan, while Leeds signed Wales winger Dan James from Manchester United in a deal worth a reported 25 million pounds.

Early strugglers Arsenal signed Japan defender Takehiro Tomiyasu from Bologna for a fee worth a reported 19.8 million pounds, and offloaded defender Hector Bellerin to Real Betis on a seasonlong loan.

They also signed Argentina's Joaquin Correa from Lazio on an initial one-year loan.

Both arrived on loans that will become permanent after two years, a way for Juve to spread out the payments to Everton and Sassuolo respectively.