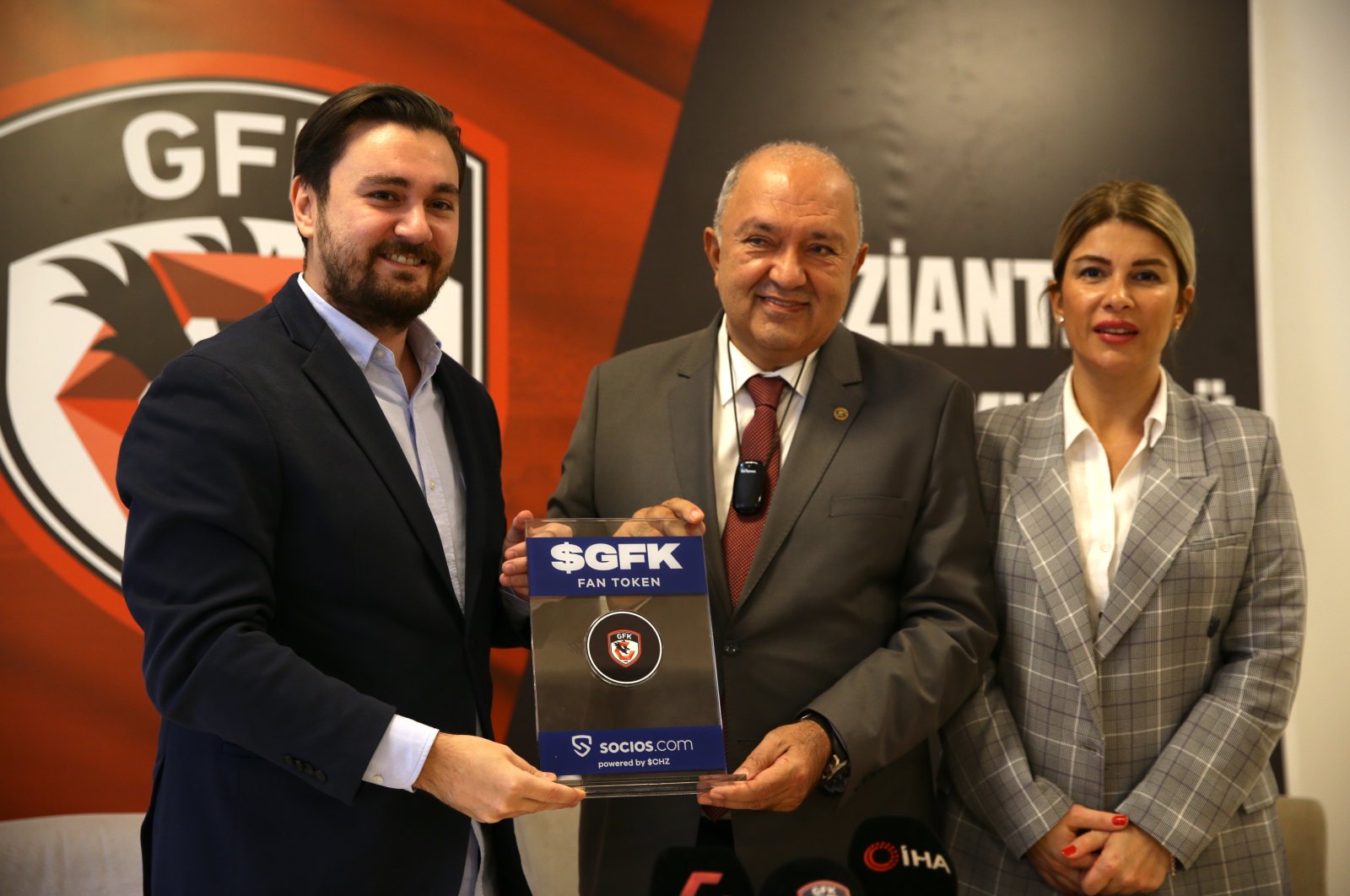 Fan tokens are all the rage across the football industry, and Argentine star Lionel Messi is credited with helping them to take off.

When Paris Saint-Germain signed Messi, the salary package included something previously unheard of for a player, a one-off payment, understood to be worth around 1 million euros ($1.15 million), made in PSG "fan tokens."

It resulted from a partnership signed by the French giants in 2018 with Socios.com, which sees fans use a cryptocurrency called "chiliz" to buy tokens allowing them to vote on issues related to the club. These issues have tended to be rather mundane, for example, Juventus club asking what music they should play in their stadium, but the concept has caught on.

The company has grown quickly since signing its first partnerships with PSG and Juventus to being involved with 56 football clubs and around 100 sports teams worldwide, says CEO Alexandre Dreyfus. Messi has brought more publicity, and Dreyfus believes the Argentinian will "set the trend."

"This is more a top-up that is never going to replace any compensation. It is more like a bonus, but it is a bonus that at some point players will start to ask for," Dreyfus tells Agence France-Presse (AFP) from his office in Malta. "We hope that in two years, during the 'Mercato' (transfer window), a player will say: 'Yes, I am going to that team, but they had better give me a million dollars of fan tokens.'"

Dreyfus admits the pandemic and its aftermath economic crisis has benefited his company, allowing them to multiply their partnerships. "The fact is that clubs suddenly lost 50% or 70% or 80% of their revenue, and they realized: 'Hey, we have fans all over the world, what can we sell them.'" They now have shirt sponsorship deals with Inter Milan and Valencia, promoting their fan tokens.

New analysis by KPMG Football Benchmark shows that over 40 shirt sponsorship deals have been signed in Europe's five biggest leagues since the pandemic's onset. In addition, it says Inter doubled income by switching from Pirelli to Socios.com and a deal worth $23.57 million.

There is a mini-revolution happening as businesses related to cryptocurrency have started appearing on shirts. In July, Roma announced a three-year deal worth $14 million annually that sees their shirts carry the name of DigitalBits, "an easy-to-use open-source blockchain used to power consumer digital assets."

"Not only can fans witness history, but they can now own part of it," boasts Roma. "Get ready to trade and collect. Join us as we step into the future of football."

The emergence of crypto-related businesses in football comes as countries are introducing regulations to clamp down on gambling sponsorship; a ban is in place in Spain, for example, while the U.K. government is considering one. "The door is ajar for new companies to stick their foot in," says KPMG.

"Something has to fill the void and fan tokens, or something which is not defined as gambling but is gambling, is likely to be the big-ticket in town," Kieran Maguire, a lecturer in football finance at Liverpool University, tells AFP.

There are concerns about curious punters being drawn into using crypto-related products without having a proper understanding. To highlight their volatility, the value of "chiliz," a less well-known cryptocurrency than, say, Bitcoin, shot up 58% in the four weeks after Messi's arrival. "Ultimately, these are speculative products. Someone described them to me as gambling with a small G," says Maguire.

Meanwhile, some supporter groups have criticized their clubs for embracing fan tokens. Aston Villa Supporters Trust told Joe.co.uk their club's agreement with Socios.com was "wholly inappropriate" and questioned why fan engagement should be monetized. Maguire says, "The clubs are targeting the 'non-legacy fans' and asking if they can make some money out of these new fans."

If we take Manchester United, they claim to have 1.1 billion fans, and in an average year, they will make around 600 million pounds ($805 million) in revenue. So that works out as about 55 pence per fan per year. This is where Dreyfus, a founder of French online gambling and poker company Winamax, comes in for the clubs.

"We are talking about two different generations that are not fighting against each other; they just don't see the same things," he insists. "I always joke saying we are not targeting a guy who has a tattoo and lives next to the stadium.

"Our market is really more about the digital fans, casual fans all over the world that consume sports differently to you and me historically."