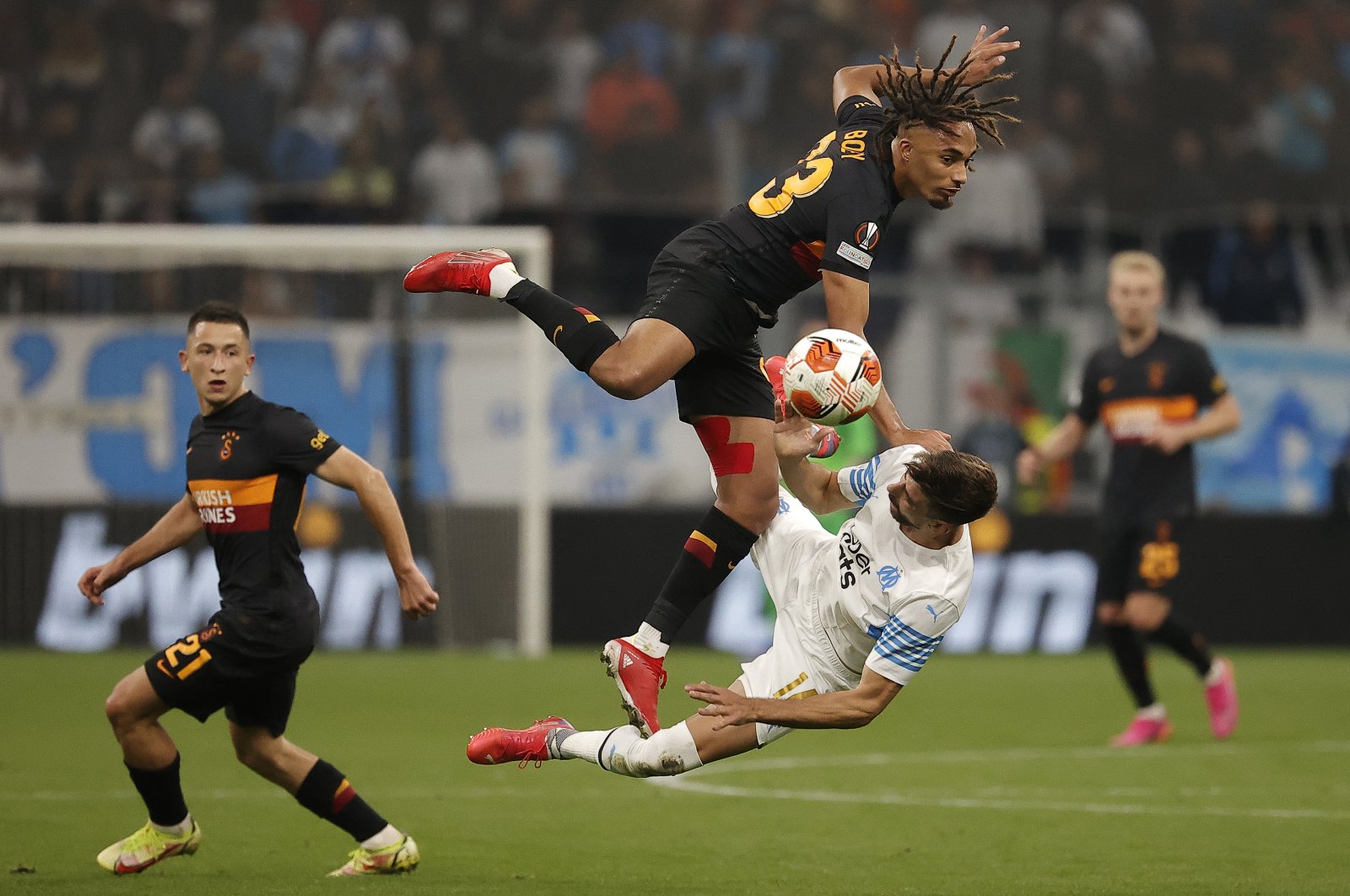 Aside from the high tensions on the pitch, French police took the tense atmosphere to another level, clashing with the fans in the match that ended in a 0-0 draw.

The match was interrupted in the 38th minute when rival fans threw flares at each other and onto the pitch at the Orange Velodrome. Brawls also broke out in the stands. The match resumed after eight minutes of stoppage as Galatasaray's winger Kerem Aktürkoğlu missed a one-on-one with Marseille goalkeeper Pau Lopez before the first half ended.

Both teams missed quite a few opportunities in the match, both halves of which were extended by eight minutes each due to stoppages over tensions between fans of both teams and police, in addition to injuries such as Galatasaray’s Sacha Boey, who had just recovered. Whether he will be able to play in Galatasaray’s next match against Çaykur Rizespor in Turkish Süper Lig remains unknown for now.

The home side was close to scoring in the 59th minute when William Saliba's header hit the bar and the match ended goalless. The Turkish club now lead Group E with four points followed by Lazio, which beat Lokomotiv Moscow 2-0 at home to increase their points to three. Olympique Marseille now have two points and Lokomotiv Moscow are at the bottom with one point.

Violence in French football has become quite an ordinary occurrence lately.

After a year of football in empty stadiums the return of supporters this season should have been a cause for celebration, but France is reeling from a series of incidents involving fans in and around Ligue 1 games. The latest came Wednesday when supporters invaded the pitch and flares were thrown at the game between Angers and Marseille, while stones were thrown at a bus taking Bordeaux fans to their match in Montpellier, with 16 suffering minor injuries.

These incidents come after last weekend's northern derby between Lens and Lille was overshadowed by a pitch invasion that delayed the start of the second half. Riot police intervened when dozens of Lens supporters stormed the pitch at halftime to confront Lille fans, while both sets of supporters hurled seats at each other over a partition wall.

Lens has been ordered to play home matches behind closed doors until further notice, denying them of the crowd that usually creates one of the best atmospheres in France at the Stade Bollaert-Delelis. Previously Nice was docked one point after the abandonment of their game against Mediterranean rivals Marseille on Aug. 22. Nice was also ordered to play three home games behind closed doors at the Allianz Riviera, where Marseille's Dimitri Payet was hit by a bottle thrown from the crowd and supporters streamed onto the pitch as a melee ensued involving players, staff, fans and stewards.