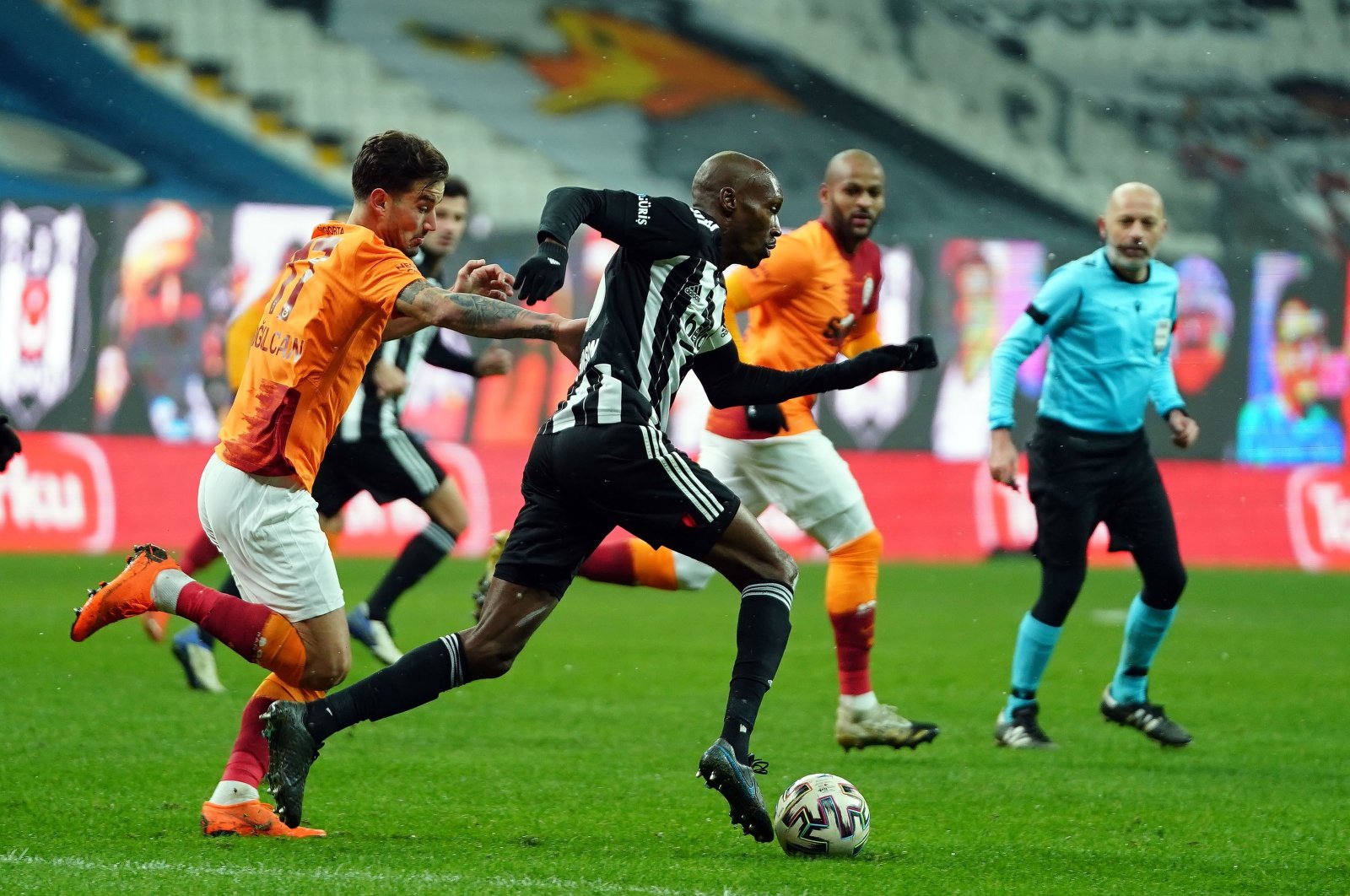 Galatasaray will try to stop Beşiktaş from winning its 16th Süper Lig title in the season’s last derby, while Fenerbahçe looks to capitalize on the chaos and close the gap

With just three matches to go, the Turkish Süper Lig’s conclusion is on the horizon. But while leader Beşiktaş is looking poised to win the title, the narrow margins between the top three teams could still unpack a great deal of drama depending on the outcome of Saturday night, when a whopping 10 matches will be played simultaneously.

Starting with the top, Beşiktaş is looking like the most obvious candidate for the title. Standing at 81 points, the Black Eagles are followed by Fenerbahçe at 76 and Galatasaray at 75.

Sergen Yalçın and his men simply need to win one last time at their rival Galatasaray if they want to make the short trip back home as champions of the season.

A quick glance at Beşiktaş’s current form and the past meetings between the two sides indicate Yalçın’s men are in a favorable position to win the derby, but just slightly.

A 2-2 draw against relegation-side Ankaragücü last month cast last-minute doubts on Beşiktaş’s title chances, something that was amplified with another 0-0 draw against Sivasspor that followed the next week.

But coach Yalçın managed to shake the doubts out of his men, or so it seems, as Beşiktaş went on to win its last three matches, which included a 7-0 pulverizing of Hatayspor last week.

Further boosting Beşiktaş’s morale is the fact that the Black Eagles haven’t lost a single derby in this season. In their previous meeting, Beşiktaş managed to defeat Galatasaray 2-0 at a home game.

So, as far as Yalçın’s men are concerned, a repeat of past successes should seal the deal.

But the same motivation and confidence could be Beşiktaş’s undoing if Galatasaray coach Fatih Terim can capitalize on it.

While a draw will most likely only delay the inevitable – Beşiktaş winning the title – a defeat at Galatasaray will bring back those doubts Yalçın fought so hard to suppress. It will also put the Lions within three points of Beşiktaş’s throne.

But it will still be a monumental task for Terim to actually pull the rug from under Beşiktaş. Even if Galatasaray wins on Saturday and then miraculously catches up to Beşiktaş the next week, they will be tied at the top. And with a 2-0 win at hand, Beşiktaş will have the head-to-head advantage unless the Lions manage to win with a three-goal difference.

While Galatasaray and Beşiktaş will be locked in a grand battle of numbers, the remaining club of the Istanbul’s “Big Three” will visit Ankaragücü in the capital Ankara to keep its title hopes alive.

Just like Galatasaray, Fenerbahçe has been on the lookout for a slip up by Beşiktaş to close in on the leader.

And with just five points lying between the Yellow Canaries and the trophy they have been longing for years, Fenerbahçe will be rooting for its mortal enemy Galatasaray.

It will of course still need to defeat Ankaragücü first. And it could prove challenging.

Ankaragücü would normally be considered as a no match for the mighty Istanbul clubs, but the capital side has been fighting tooth and nail to hang onto a second chance granted by the Turkish Football Federation (TFF) after it suspended relegations last year due to the pandemic.

While the capital side hasn’t done a good job at it, it still managed to draw with Beşiktaş at its home.

Fenerbahçe hasn’t lost a game in nine matches, but it still drew in three and it will take only one more to pull the plug on title hopes.

If Galatasaray and Fenerbahçe both end Saturday night with wins, that will put the Yellow Canaries within two points of Beşiktaş, an uncomfortably close margin for Yalçın for the last two matches.

While Istanbul’s mighty clubs will compete with each other at the top for the spoils, the clubs at the bottom of the table will continue their fight to secure their place for the next season.

So far, only Denizlispor has been confirmed for relegation, but Gençlerbirliği could be the second depending on the outcome of several matches.

While fans of the downtrodden clubs will be watching their clubs try to fend off relegation threat, everyone else, however, will be paying attention to what Başakşehir does.

From winning the Süper Lig last year, Başakşehir has been reduced to a club lingering at the bottom of the table. After dipping below the relegation zone, the defending champion has managed to pull itself up but it is still within five points of the danger zone.

If coach Aykut Kocaman’s men fail to win, it could start a chain of events that end with Başakşehir condemned to the second-tier league, which would be an epic story of a fall second to none. Well, maybe aside from the tale of Icarus.