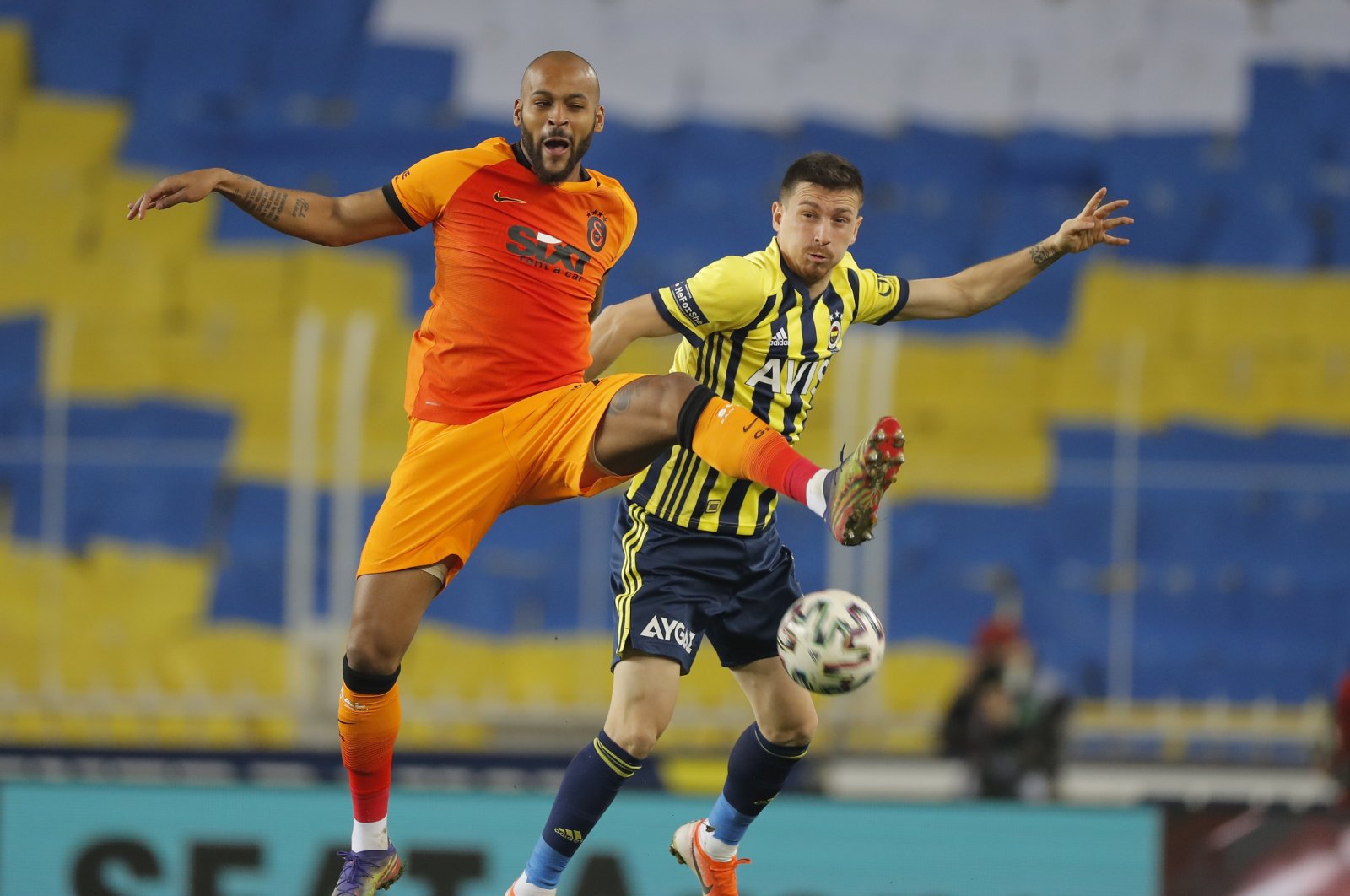 After nearly two weeks of international break, Turkish Süper Lig kicks back into action with Fenerbahçe and Galatasaray preparing to throw down in the ultimate derby of the top-flight.

The showdowns between Fenerbahçe and Galatasaray, also known as the intercontinental derby, has always been considered the most important and enthralling meeting of the Süper Lig fixture. After all, it marks the face-off between Turkey’s biggest football clubs.

For many years, the fixture has either been an indicator or a decider in the Süper Lig’s title race. But this year, the derby comes at a time when Fenerbahçe and Galatasaray are absent from the top of the table.

Host Galatasaray sits fourth at 21 points, with a nine-point gap between it and leader Trabzonspor. Coach Fatih Terim’s side made a stuttering start to the season with unexpected losses but has been slowly picking up pace.

Terim’s men have only lost once in their five previous domestic matches – to their Istanbul rival Beşiktaş – and have been moving up the ranks. They also continue to enjoy their leadership in Europa League’s Group E, managing to top some European heavyweights like Lazio, which will contribute to the morale at the Nef Stadium on Sunday.

Yet a home defeat, one at the hands of its archival at that, can bring down Terim’s house of cards.

For Fenerbahçe, meanwhile, things look grimmer with each passing day. After losing the leadership following a 3-1 defeat by Trabzonspor, the Yellow Canaries have been in a free fall.

Coach Vitor Pereira’s Fenerbahçe has not won a single game after the Trabzonspor defeat, extending its winless streak to five matches. And thus, Pereira’s side sits seventh with 20 points. Failure to win on Sunday could end Pereira’s claim to the Süper Lig title and quash what little confidence remains in him, from both fans and the management.

To make things worse for Pereira, it has been more than four years since the last time Fenerbahçe managed to defeat Galatasaray.