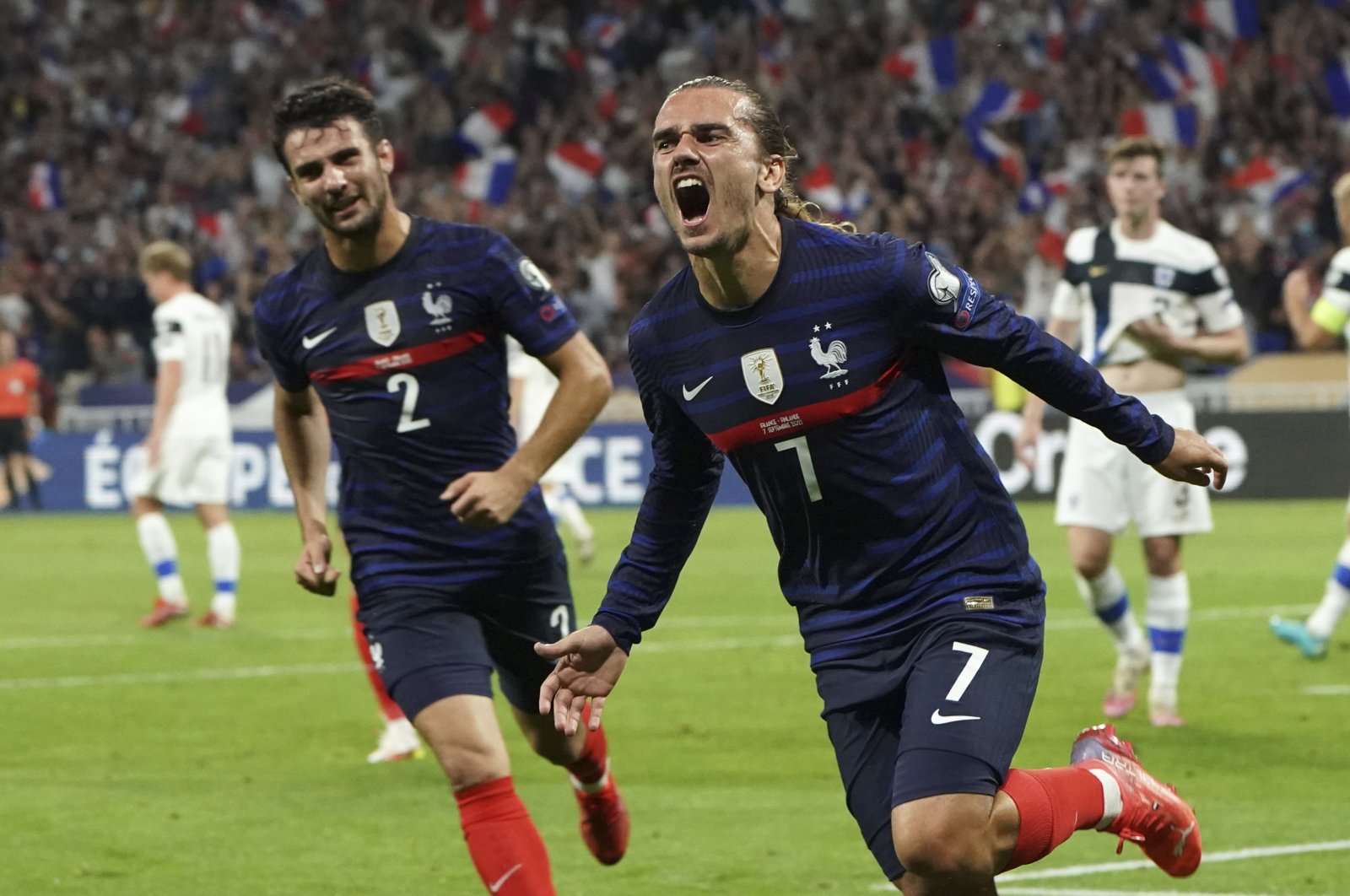 Antoine Griezmann struck twice to give his side the much-needed win, while Scotland kept their hopes alive with a 1-0 win in Austria.

France was roared on by 57,000 passionate spectators in Lyon where Griezmann – who ended an unhappy spell at Barcelona with a loan move back to Atletico Madrid in the transfer window – combined well with Karim Benzema as their side overcame a disjointed start.

Benzema's delightful backheel released Griezmann inside the box and he supplied a smooth finish after 25 minutes.

Griezmann made it 41 goals for his country when he beat Finnish goalkeeper Lukas Hradecky at the near post to make it 2-0 in the 54th minute.

After a frustrating 1-1 draw with Ukraine in its last game, the victory was a welcome boost for the French, who are still smarting after crashing out of Euro 2020 at the last 16 this summer.

"We did not do everything well but we have rediscovered our confidence," said France coach Didier Deschamps.

"This puts our fate in our hands and we must finish the job in November."

'I believe in these players'

Scotland grabbed a valuable three points in its bid to qualify for Qatar with a 1-0 win against the Austrians in Vienna as Australian-born Lyndon Dykes' VAR-awarded penalty proved the difference.

The victory moved the Scots up to second in Group F, seven points behind Euro 2020 semifinalist Denmark who is cruising with a 100% record after thrashing Israel 5-0.

"Some people in (Scotland) don't believe in this group of players, but I do," Scotland manager Steve Clarke told Sky Sports. "I love my players. We're a good team."

The Netherlands were ruthless against Turkey as Depay's hat trick took the Barcelona forward's international goal tally to 33 goals.

The Dutch led 3-0 by half-time and any remaining chance for the Turks vanished when Leicester defender Çağlar Söyüncü was sent off for a second bookable offense shortly before the break.

Louis van Gaal's side moved into the top spot in Group G by virtue of goal difference above Norway who outclassed minnows Gibraltar 5-1, with Erling Braut Haaland notching a hat trick.

Serbia's bid to qualify for a second successive World Cup finals suffered a setback as Nikola Milenkovic's late own goal and a superb display from teenage goalkeeper Gavin Bazunu gave the Republic of Ireland a battling 1-1 draw in Dublin.

Lazio midfielder Sergej Milinkovic-Savic had put Serbia ahead in the first half.

The Serbs trail Portugal – who were 3-0 winners in Azerbaijan – by two points in Group A.

The Portuguese did not miss the suspended Cristiano Ronaldo as Bernardo Silva scored a sparkling opener on 26 minutes before Andre Silva added a second five minutes later in Baku.