Istanbul to host Champions League final in 2023 on Turkey's centenary 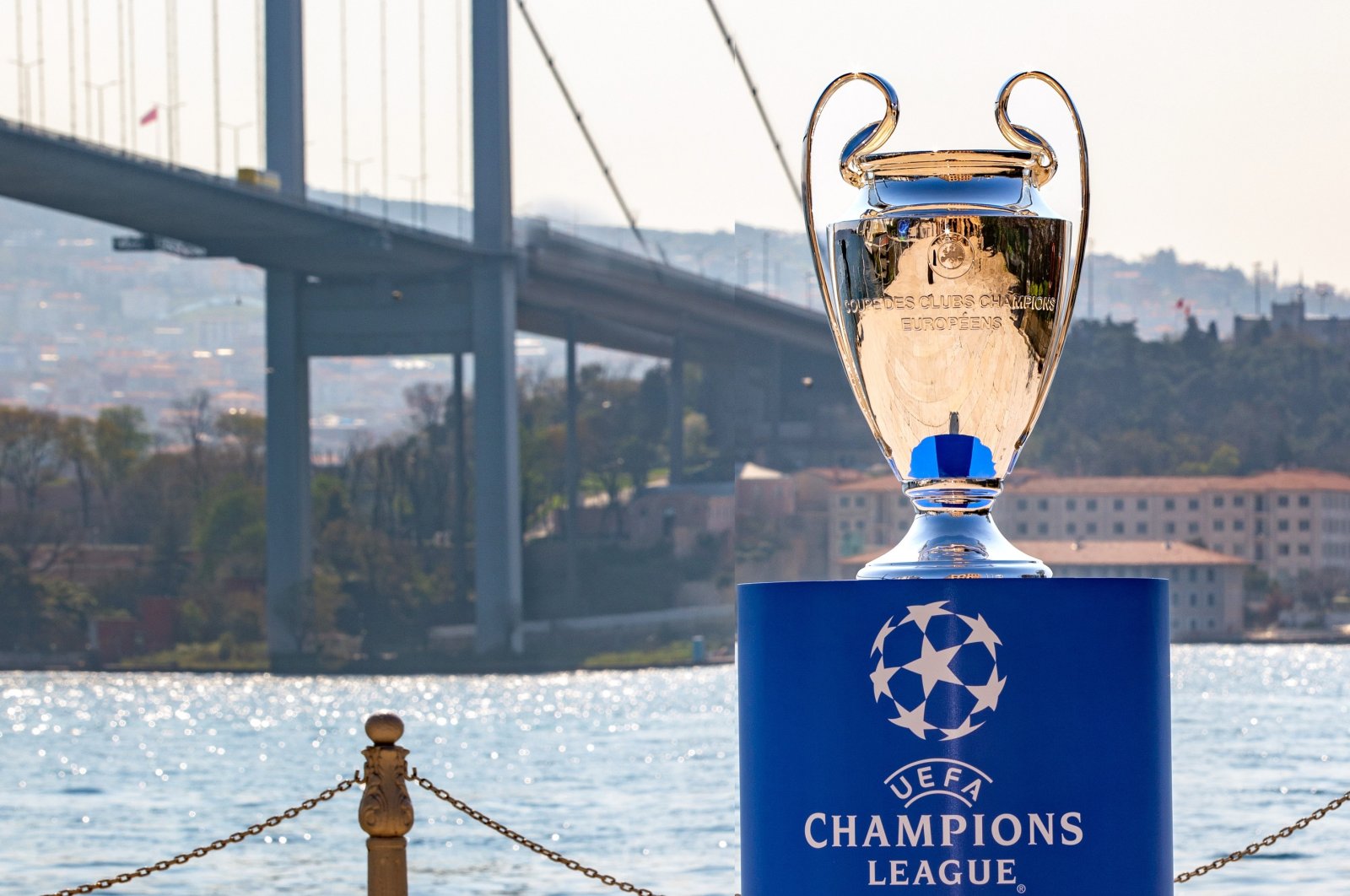 This file photo shows the Champions League trophy by the Bosporus for the final match orginally scheduled to take place in Istanbul, Turkey, on May 13, 2021. (DHA Photo)
by Anadolu Agency May 14, 2021 1:44 pm

The UEFA Champions League final in 2023, which coincides with the centenary of the Republic of Turkey, will be played in Istanbul as the megapolis had to give up its host status for two finals in the last two years over the raging COVID-19 pandemic.

A source in the Turkish Football Federation (TFF), who asked not to be named, told the Anadolu Agency (AA) on Friday an official announcement was expected soon.

The tournament final was originally scheduled to be held in Munich's Allianz Arena, the home of German champion Bayern Munich.

But, according to the source, the TFF and UEFA held talks after the 2021 final moved from Istanbul to Portugal's Porto due to worries about the pandemic. The UEFA also announced Thursday that the final at the Estadio de Dragao will be attended by 6,000 spectators.

The parties also "reached" an agreement that the 2021 UEFA Super Cup in August will be organized in Istanbul.

The Vodafone Park Stadium in Istanbul, the home ground of the current leader of the Turkish Süper Lig Beşiktaş, hosted the 2019 Super Cup that Liverpool won after beating Chelsea on penalties.

Last September, the UEFA said the northern Irish capital Belfast was picked to be the host city of the 2021 Super Cup.

The UEFA board is expected to announce the venue changes after its first meeting.