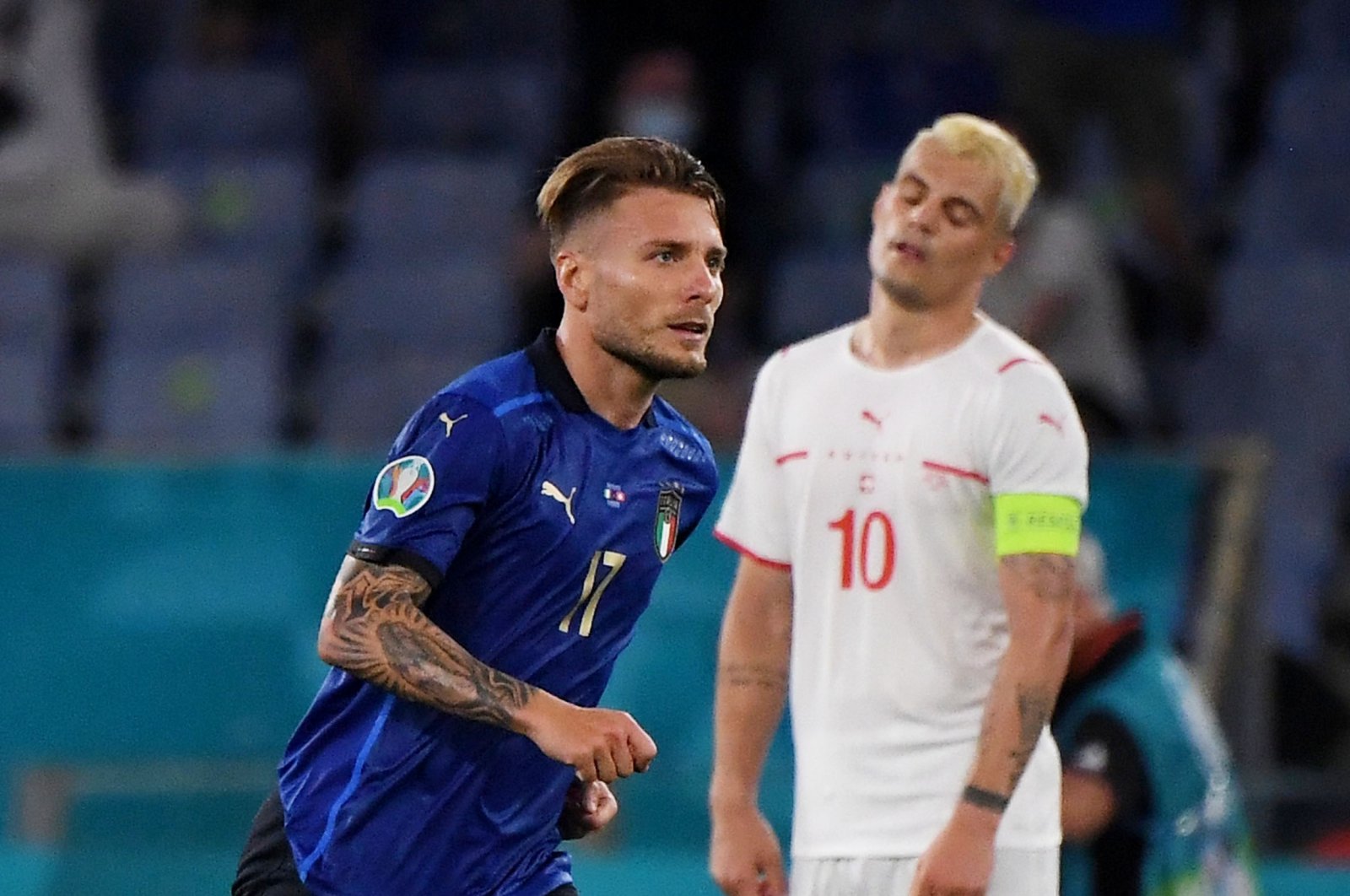 Manuel Locatelli scored a brace as Italy stormed into the last 16 of Euro 2020 on Wednesday night with an impressive 3-0 triumph over Switzerland.

Man of the Match Locatelli opened the scoring in Rome's Olympic Stadium in the 19th and struck again in the 52nd before Ciro Immobile wrapped up matters in the 89th.

The Azzurri became the first team to reach the knockout stages and confirmed their status as title contenders.

Following up on their opening 3-0 over Turkey, Roberto Mancini's team is now unbeaten in 29 games and has not conceded a goal in 10 games after another dominant performance.

They top Group A with six points, two ahead of Wales who they face in the final game on Sunday for the group win. Harmless Switzerland have one point and now face a match for survival against Turkey, who remain on zero after losing 2-0 to Wales earlier in the day.

"It was a difficult game. We wasted a few chances but then scored and got a deserved victory," Mancini said. "We attacked and wanted to be active."

Locatelli said: "It was a fantastic game. I can hardly believe it. I thank everyone who has supported us."

Swiss coach Vladimir Petkovic said: "We played against a strong team that caused us a lot of problems. We were insecure on the pitch and too defensive in the first half."

Italy, with Giovanni Di Lorenzo replacing injured Alessandro Florenzi as right back, dominated from the outset with Immobile nodding high from a promising position 11 minutes into the game.

Giorgio Chiellini became the most-capped Italian outfield player at the Euros with 14 games and fired into the net eight minutes later but the goal was nullified on review because the ball had hit Chiellini's arm in the buildup.

The 36-year-old veteran captain had to leave with what appeared to be a hamstring problem shortly afterward and Mancini said "we will have to wait and see" what the injury means for the upcoming games.

Italy was undeterred and when the ball was in the net again in the 26th it counted.

Locatelli volleyed a long ball to the right from midfield where Domenico Berardi ran into the area and played the ball across the goalmouth where Sassuolo midfielder Locatelli had arrived by then for an easy tap-in.

Switzerland, unchanged from their 1-1 against Wales, started the second half with Mario Gavranovic taking the place of Haris Seferovic up front and tried to press high in the opening minutes after a harmless first half.

But in the 52nd Locatelli found himself with plenty of space outside the penalty area and the 23-year-old had all the time in the world to beat Yann Sommer again, into the bottom right corner.

The Swiss finally threatened from Steven Zuber after the hour but Gianluigi Donnarumma was on his guard.

The goalkeeper also started another fast-paced attack a minute later which ended with Berardi aiming just high, and Immobile shot wide right, before he came third time lucky in the 89th with his second goal of the tournament.