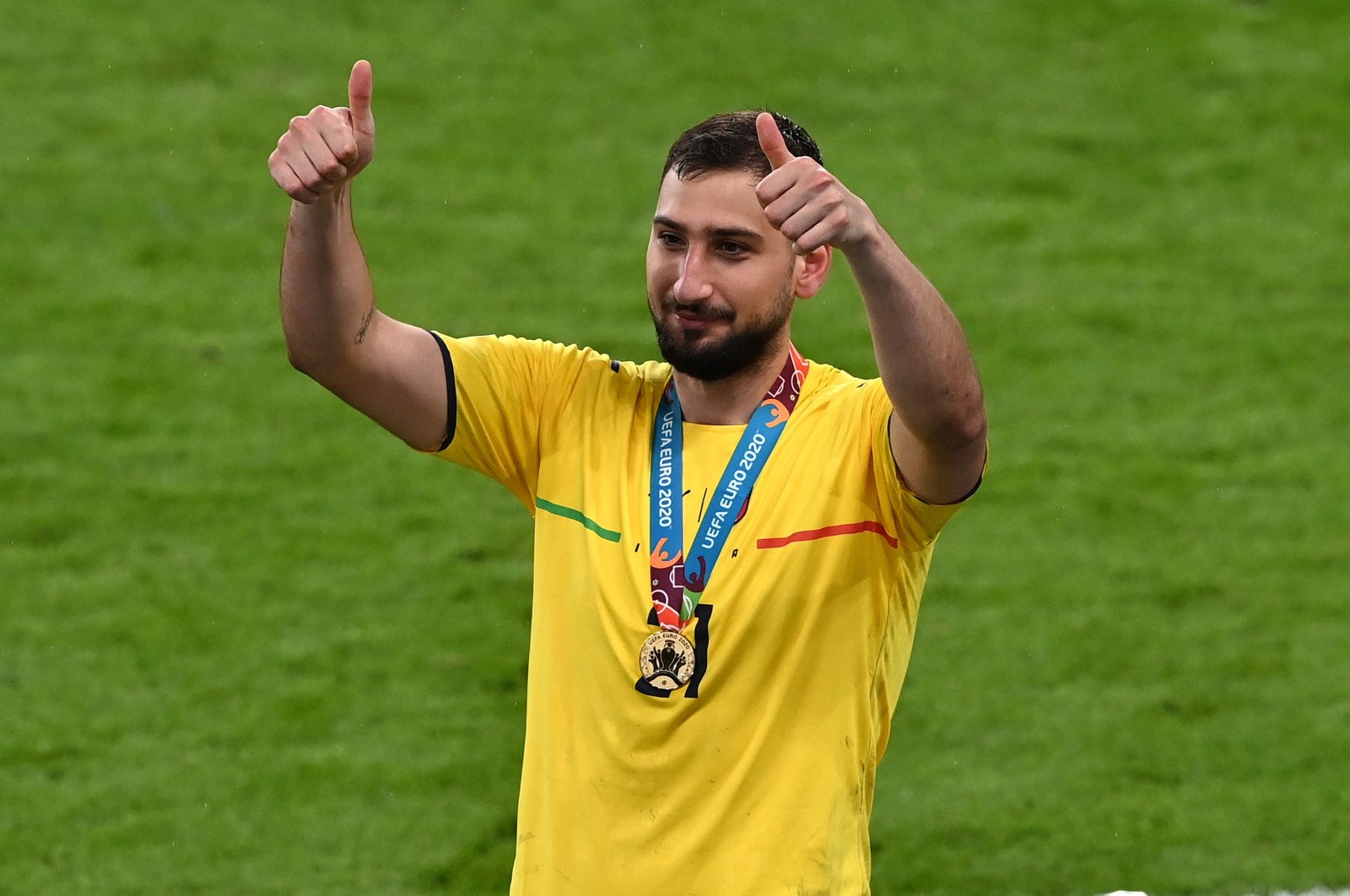 The 22-year-old, who saved two penalties in the Euro 2020 final and was named player of the tournament, heads to France on a free transfer from AC Milan.

Donnarumma will be in competition with the experienced Keylor Navas for the goalkeeper's jersey.

"I am delighted to be part of this huge club," said Donnarumma in a statement released by PSG.

"I feel ready to take on this new challenge and continue to grow here.

"With Paris, I want to win as much as possible and to bring joy to the supporters."

Paris Saint-Germain is delighted to announce that Gianluigi Donnarumma has joined the club.The Italian goalkeeper has signed a five-year contract until 30 June 2026.#WelcomeGigiohttps://t.co/CbvJfjJyGV

During his six seasons with the Rossoneri, the Naples-born goalkeeper made 215 appearances in Serie A along with 16 in Europa League matches and 12 in the Italian Cup (including the 2016 and 2018 finals).

He is the third player to sign for PSG on a free transfer this summer following Spanish defender Sergio Ramos, who was out of contract at Real Madrid, and Dutch midfielder Georginio Wijnaldum from Liverpool.

PSG coach Mauricio Pochettino will have the luxury of choosing between the two experienced shot-stoppers as he looks to lead the club to a long-elusive European Cup.

Costa Rican international Navas, 34, joined two seasons ago from Real Madrid, where he won three consecutive Champions League titles but Donnarumma is just 22 and fresh from starring at Euro 2020.

Rotating keepers is something PSG has tried before but not entirely successfully. Over recent seasons they have, at various times, juggled Salvatore Sirigu, Kevin Trapp, Alphonse Areola and Italian legend Gianluigi Buffon.

French international Areola is due to return this season from a loan year at Fulham.

Navas shone in PSG's run to the Champions League final two seasons ago and also as they eliminated reigning champions Bayern Munich, in last season's quarters before a semifinal exit to Manchester City.

While the Costa Rican is an excellent shot-stopper he is less at ease in playing out from the back and coming off his line. He might have been pleased to have a former Real colleague and defensive mainstay Sergio Ramos arrive to play in front of him.