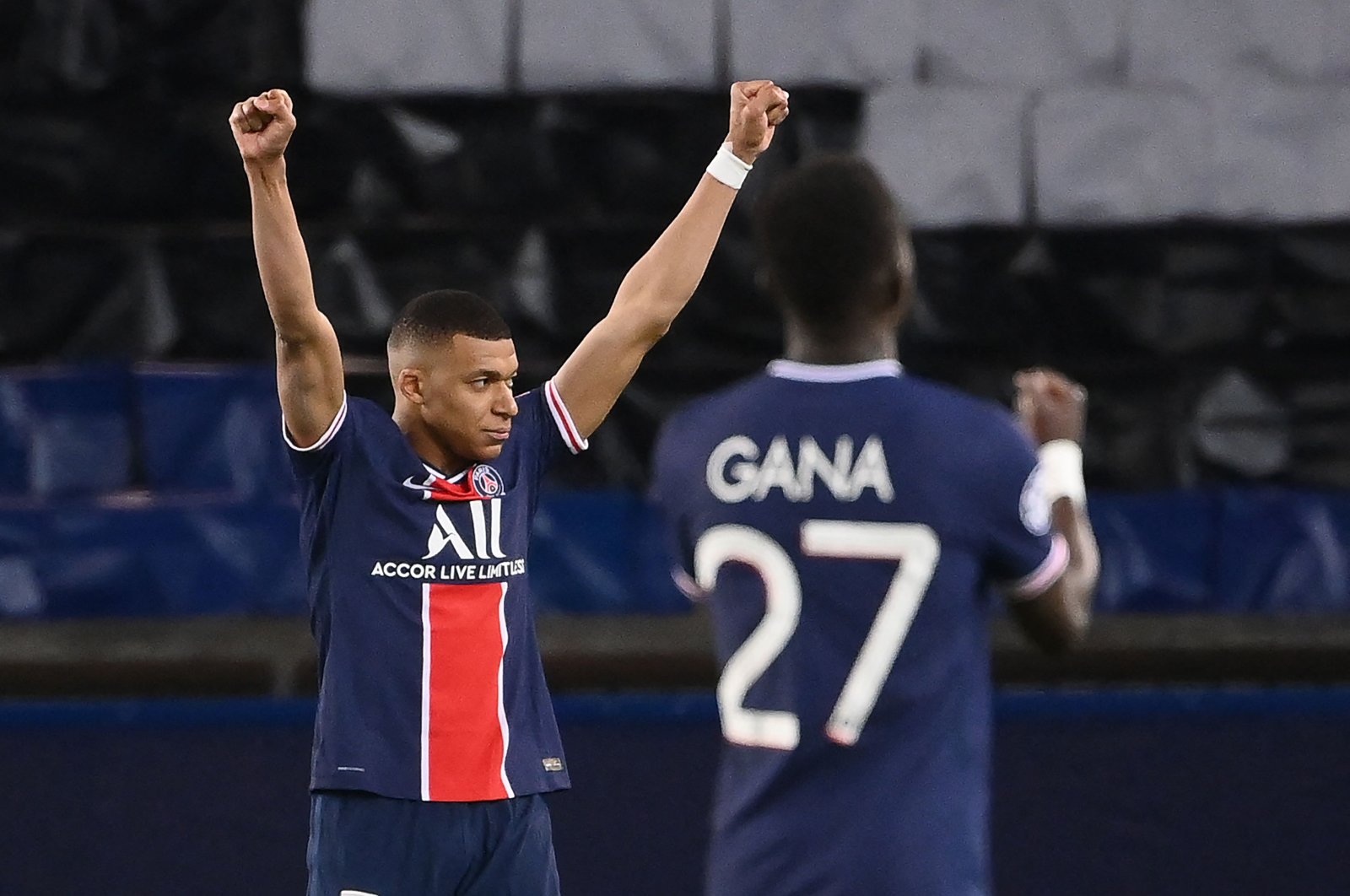 Paris Saint-Germain knocked title defender Bayern Munich out of the UEFA Champions League on away goals Tuesday, in a thrilling quarterfinal second leg match at the Parc des Princes in Paris, as Bayern forward Eric Maxim Choupo-Moting's goal against his old club was not enough for the German side to overturn the first leg's 3-2 defeat.

Neymar twice hit the woodwork for PSG in the first half and Choupo-Moting then put Bayern in front five minutes before the break.

However, the reigning European champions could not get the second goal it needed after losing 3-2 at home in the first leg last week.

Hansi Flick's team is out, and PSG has revenge following its 1-0 defeat in last season's final in Lisbon.

The dream of winning a first European Cup remains alive for the Qatar-owned club and Mauricio Pochettino's team, who had already eliminated Barcelona in the last 16, can now look forward to a semifinal showdown with Manchester City or Borussia Dortmund.

Bayern will have to console themselves with trying to win a ninth consecutive Bundesliga title and will wonder what might have been had the prolific Robert Lewandowski, or Serge Gnabry, been available for the two legs of this tie.

The future of Flick will come back into focus, too, given his frosty relationship with the club's sporting director, Hasan Salihamidzic.

Yet Bayern more than played its part in an epic tie that will live long in the memory and that deserved to be played before a full house both in Munich and here.

It was also without influential midfielder Leon Goretzka for this second leg, and it had next to no Champions League experience on the bench either.

Its starting line-up was still impressive, and with Thomas Mueller leading from the front and coordinating its suffocating press, Bayern took the game to its host throughout.

That suited PSG, who has produced its best performances this season away from home and could look to hit the Germans on the break with the devastating pace of Kylian Mbappe.

The Parisians, to be fair, were without two huge players of its own in captain Marquinhos and playmaker Marco Verratti, but it did have Mbappe and Neymar.

The Brazilian was in the mood but was left frustrated by a combination of Manuel Neuer and the frame of the goal in the first half.

Twice the Bayern goalkeeper produced saves to deny Neymar before the world's most expensive player hit a superb shot off the angle of bar and far post in the 37th minute after Angel Di Maria's free-kick was cleared to him.

On 39 minutes another breakaway finished with Mbappe squaring to Neymar, who this time saw his effort strike the base of the right-hand post.

Bayern could have been dead and buried, but within a minute of that, it was in front on the night.

Thomas Mueller's cushioned lay-off in the box set up David Alaba for a first-time shot that Keylor Navas saved. The ball looped up to Choupo-Moting and he headed in.

The Cameroon forward, who scored once in 10 Champions League appearances across two seasons at PSG, now had his second goal against his old club in this tie while standing in for Lewandowski.

Bayern could even have scored again before the break as a thunderous strike by Alaba was turned behind by Navas, keeping PSG ahead overall on away goals.

A goal for the home side would have calmed the nerves as it looked to avoid another dramatic exit from the Champions League like so many before over the last decade.

Neymar stretched but just could not connect with Di Maria's ball across goal at the start of the second half.

PSG lost left-back Abdou Diallo to injury and Bayern continued to push them back, accepting the risk of conceding as it went looking for a crucial second goal.

Mbappe had an effort disallowed for offside, while another Bayern goal never arrived, and the final whistle was met with loud roars of delight from the home bench.

On the other match of the evening, Chelsea reached the Champions League semifinals for the first time since 2014 despite a 1-0 defeat against Porto in Tuesday's quarter-final second leg in Seville.

Thomas Tuchel's side will play Real Madrid or Liverpool for a place in the final after producing a masterclass in-game management to win 2-1 on aggregate.

Real travel to Anfield on Wednesday looking to protect a 3-1 lead from the first leg.

It could do worse than copy Tuchel's tactics as Chelsea smothered Porto with an intelligent defensive approach until Mehdi Taremi's stunning bicycle kick in the last minute of stoppage-time.

That sublime strike was out of character with the rest of Porto's display as it labored to overturn the 2-0 first-leg deficit.

Chelsea has lost only once in 18 matches since Tuchel replaced the sacked Frank Lampard in January and this was another feather in the German's cap.

Tuchel had admitted this week was a make-or-break period for Chelsea.

It passed the first test with ease and can now focus on Saturday's FA Cup semifinal against Premier League leaders Manchester City at Wembley.

The Blues are fifth in the Premier League as it chases a top-four finish, meaning it might need to win the Champions League for the first time since 2012 if it is to qualify for next season's competition.

Led by the astute Tuchel, who took Paris Saint-Germain to the Champions League final last season, that lofty ambition can't be ruled out.

Tuchel this week said he wouldn't want to fight Antonio Rudiger or Cesar Azpilicueta, such is the ferocious will to win coursing through Chelsea's most vocal players.

Both defenders lived up to Tuchel's billing as they fought tooth and nail to keep Porto at bay in a niggly clash.

Mason Mount had scored Chelsea's opening goal in the first leg and he was inches away from netting again when his long-range drive was deflected over.

But Corona couldn't keep his composure and Jorginho did enough to ensure the shot flashed wide.

Mendy's blunder was forced in part by the relentless pressing that epitomized Porto's frenetic start, but Chelsea matched its work rate as the foul count rose for both teams.

N'Golo Kante was fit to start for Chelsea after a hamstring problem and the France midfielder teed up a good chance for Kai Havertz, whose limp finish failed to match the quality of his team-mate's incisive raid.

Having already wasted one good chance, Corona's profligacy let Porto down again when he lashed hurriedly over from 12 yards after Ben Chilwell misjudged Otavio's high ball.

Chelsea had never lost a knockout tie in Europe after winning the first leg away from home and that record remained pristine as Porto ran out of steam in the second half.

Chilwell's cross presented Christian Pulisic with a clear sight of goal, but the winger couldn't get enough power on his wayward volley.

Desperately short of a cutting edge, it took Porto until the 68th minute for its first effort on target as Taremi's header from Corona's cross forced Mendy to save.

Taremi's eye-catching strike with seconds left came far too late for a dramatic finale, with tempers flaring in a heated exchange involving Rudiger and several Porto players after the final whistle.