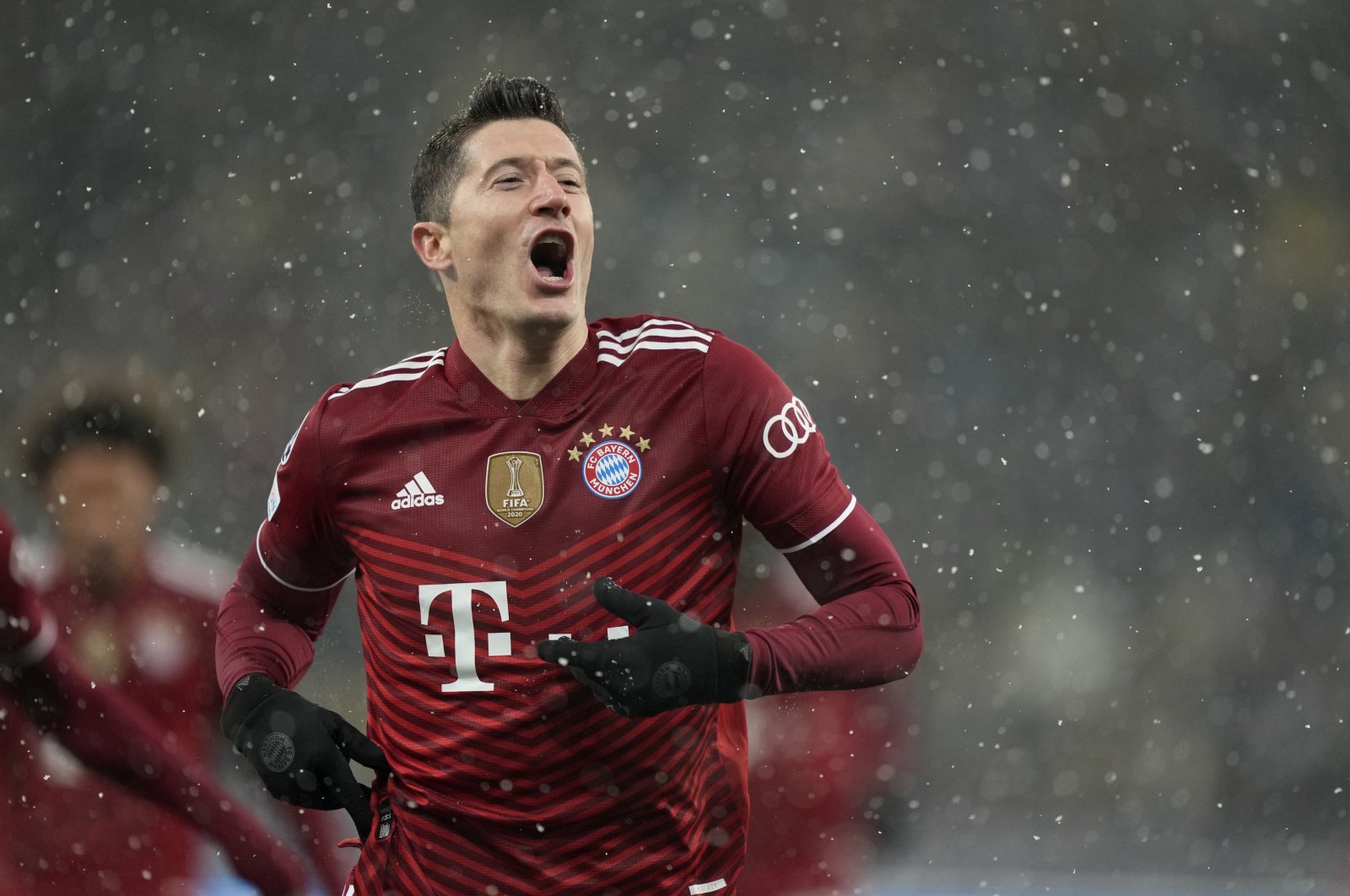 Lionel Messi could miss out on a record-extending seventh Ballon d'Or as Bayern Munich's Polish goal machine Robert Lewandowski looks poised to light up the prestigious awards ceremony that returns Monday, a year after it was canceled due to the pandemic.

Lewandowski pilfered a Bundesliga record of 41 goals in just 29 games last season to eclipse the long-standing mark set by the late Gerd Muller.

The 33-year-old scooped FIFA's prize for best male player of 2020 and has the backing of both coach Julian Nagelsmann and Bayern teammate Thomas Mueller after a prolific start to the new campaign.

"'Lewy' has to win the thing on Monday when you see the way he is playing at the moment," Mueller said of a player who has already scored 25 times in 20 appearances this season.

Messi and Cristiano Ronaldo have combined to win 11 of the past 12 editions of the Ballon d'Or, the lone exception in 2018 when Luka Modric helped Real Madrid to another Champions League triumph and inspired Croatia to the World Cup final.

"Robert deserves to win it because in my view he has been more unbelievably consistent than any other player," Nagelsmann said last month in an interview with Munich newspaper Abendzeitung.

While Messi has endured a stop-start beginning to the life at Paris Saint-Germain, the Argentine bagged 30 league goals in his farewell season at Barcelona and also won the Copa del Rey.

Further strengthening his case was a first major international trophy in July, as Argentina beat rival Brazil to win the Copa America at the Maracana – ending the country's 28-year wait for the title.

"My biggest prize was what I was able to achieve with the national team," Messi told Catalan daily Sport recently.

"After having fought and fought so much for that achievement, it was the best given all that it cost.

"If the Ballon d'Or were to arrive, it would be extraordinary for what it would mean to win one more. The seventh would be crazy."

Ronaldo last took home the trophy in 2017. The Champions League's all-time top scorer has struck in all five games in Europe during his second spell at Manchester United but appears an outside contender for a sixth Ballon d'Or.

However, the France star this week received a one-year suspended sentence for complicity in a bid to blackmail his former international teammate Mathieu Valbuena with a sex tape. He was also given a 75,000-euro ($84,000) fine.

Barcelona captain Alexia Putellas, the UEFA women's player of the year, is a leading candidate to succeed 2019 Ballon d'Or winner Megan Rapinoe. The American was not among the 20 nominees.

Christine Sinclair, of Olympic gold medal-winning Canada, is also in the running.

The Kopa trophy will be handed out to the best young men's player, while 10 goalkeepers are shortlisted for the Yashin trophy.