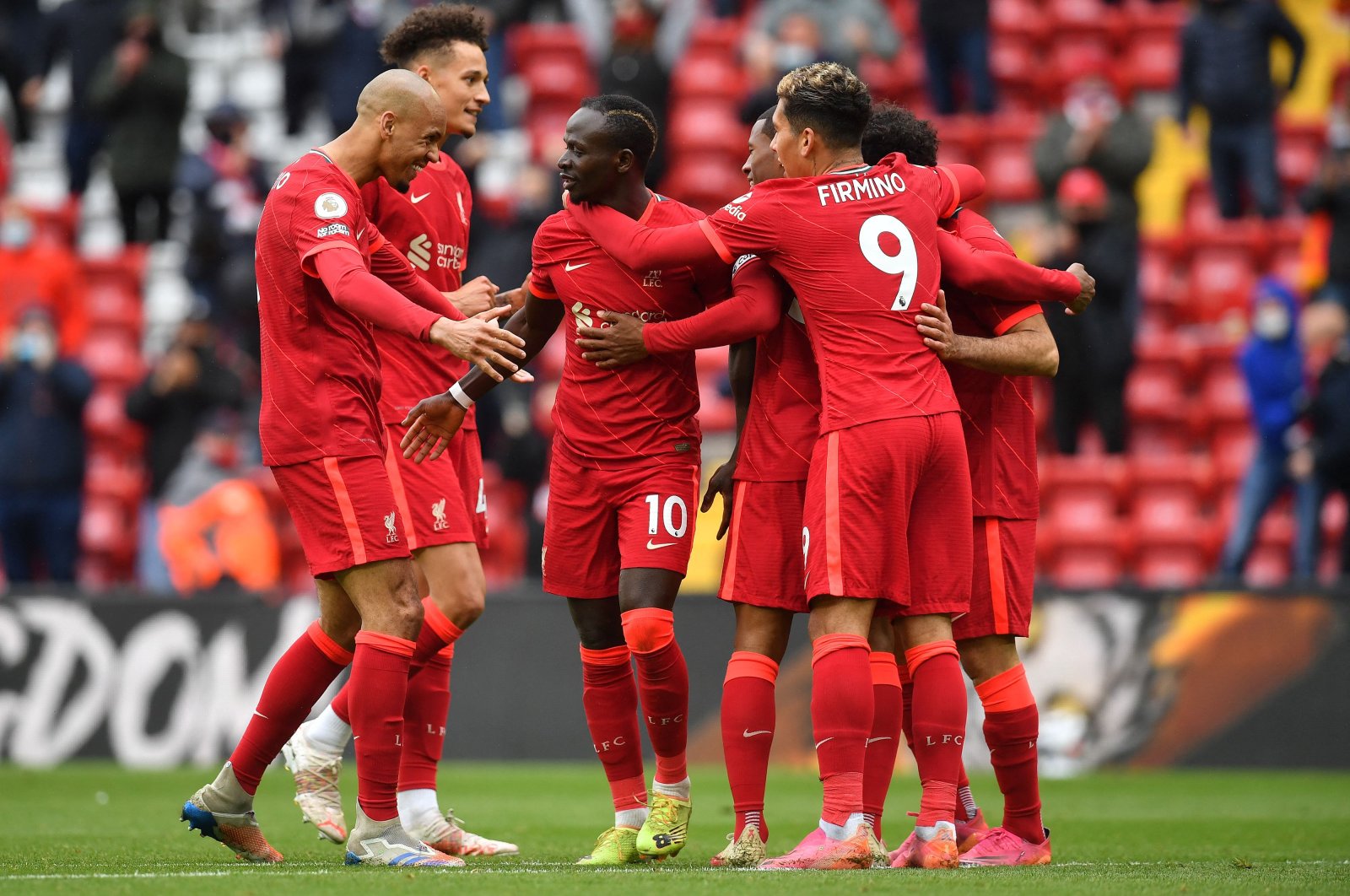 It was a dramatic end to England's Premier League Sunday as the three-way race for the last two top four spots remained up-for-grabs until the last second with Liverpool and Chelsea finally sealing Champions League places after a shaky season for both. Meanwhile, Leicester bottled their chances once again for the second year in a row after seemingly nailing the top four early in the campaign.

With Manchester City already guaranteed a third title in four years and Manchester United certain to finish second, the focus was on the battle for the remaining two places in the top four.

Heading into the 38th and last round of fixtures, just one point separated Chelsea in third place from Leicester in fifth.

Two Sadio Mane goals gave Liverpool a 2-0 win at home to Crystal Palace, while Thomas Tuchel's Chelsea were indebted to a late Leicester collapse against Tottenham at the King Power Stadium.

Chelsea lost 2-1 at Aston Villa but were saved by the 4-2 defeat for Brendan Rodgers' FA Cup winners.

Liverpool had to celebrate the club's first league triumph for 30 years in an empty stadium last season and their Premier League title defense was blown off course by a series of injuries to key players.

However, they avoided the financial hit of missing out on Europe's top club competition by finding their form in the final months of the season, winning eight of their last 10 games to finish third.

"Outstanding, best I could've dreamt of, we wanted this feeling, this game, this atmosphere," Jurgen Klopp told the BBC after the win in front of 10,000 fans.

Chelsea were on the brink of missing out on a top-four finish, trailing at Villa Park as goals from Bertrand Traore and Anwar El Ghazi put the home side 2-0 up.

Ben Chilwell pulled a goal back, but in the end, Chelsea were saved by the Leicester result to finish fourth, meaning they can now focus on next weekend's Champions League final against Manchester City knowing they are in the competition next season.

Tuchel admitted Chelsea had been "lucky" to qualify.

"We had enough chances," he said. "We did not score, conceded two cheap goals and it was a defeat in the end. We are lucky to escape today."

Leicester made to rue chances again

Leicester were left to dwell on another agonizing near-miss, just a week after winning the FA Cup for the first time in their history.

The Foxes, forced to settle for a Europa League spot, also missed out on the top four on the final day of last season when they were beaten by Manchester United.

Leicester ended with more days in the Premier League's top four than any other side this season, adding to their sense of frustration.

They appeared to be on the brink of a stunning end to their campaign as two Jamie Vardy penalties saw them lead 2-1 with 16 minutes to go, but a Kasper Schmeichel own goal and two late Gareth Bale strikes completed a turnaround for the Spurs.

Harry Kane was also on the scoresheet in potentially his final match for the Spurs to win his third Golden Boot award.

The England captain finished one ahead of Liverpool's Mohamed Salah on 23 goals and also picked up the prize for most assists in the season with 14.

"It's hugely disappointing for us," said Rodgers. "We fought so hard all season. I always said you're judged after 38 games and unfortunately we couldn't quite make it."

Sergio Aguero scored two goals on his final home appearance for Manchester City in their 5-0 romp against Everton after coming on as a second-half substitute.

Pep Guardiola's side, who finished 12 points ahead of Manchester United, celebrated with the Premier League trophy after the match.

The club also paid tribute to Aguero, whose 184 Premier League goals are the most by any player for a single club.

"When I came here the first title for me was the most important, for the club and for me, then Man City started to win more titles so I'm so happy because it's not easy to be 10 years at one club, for me it's an honour," he told Sky Sports.