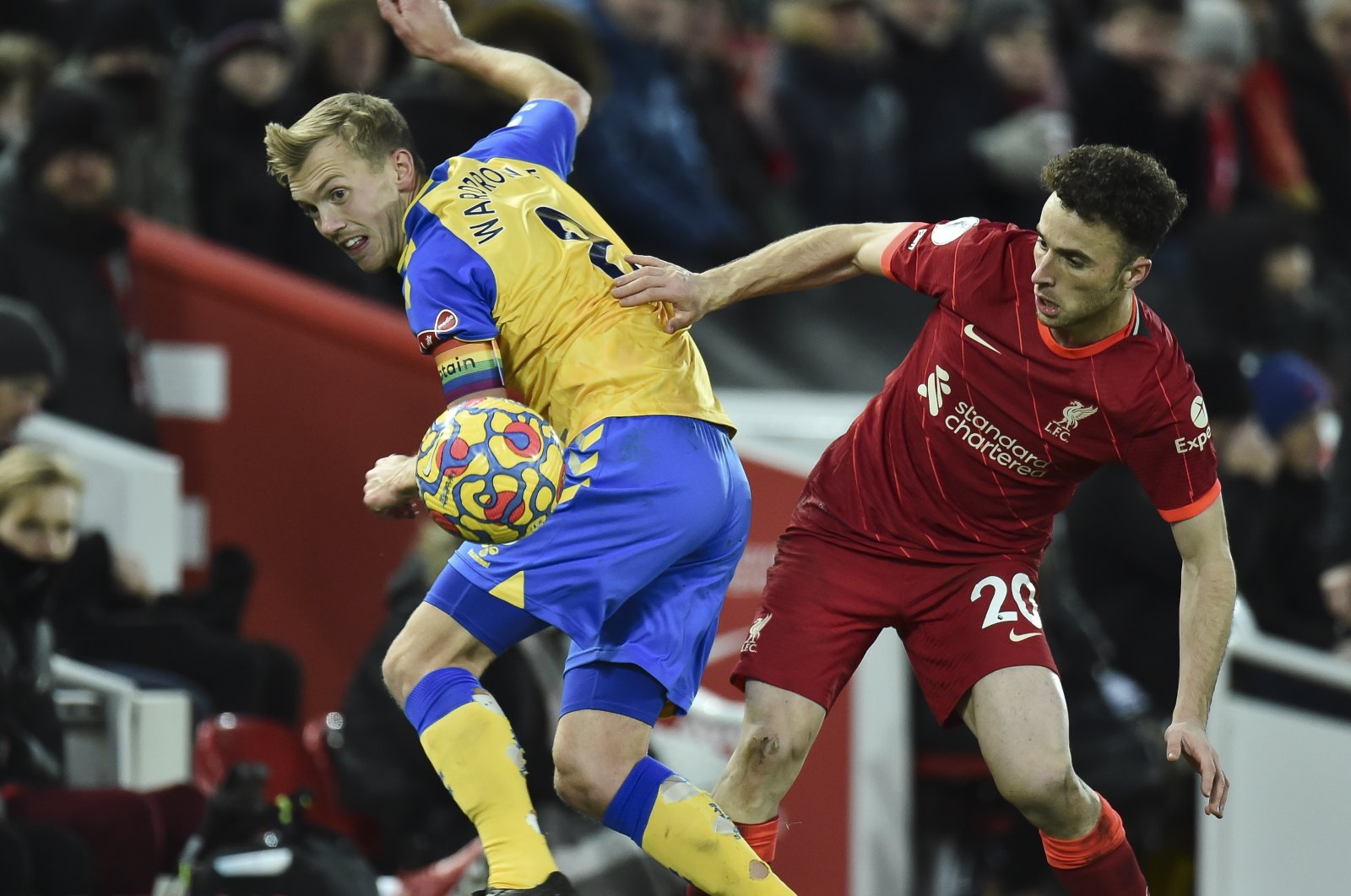 Steven Gerrard made it two wins out of two as Aston Villa boss with a 2-1 win at Crystal Palace while the matches between Norwich and Wolves and Brighton and Leeds both ended in a goalless draw.

Diogo Jota scored twice for Jurgen Klopp's Liverpool – including one goal after just 97 seconds – to warm the Anfield faithful on a bitterly cold afternoon on Merseyside.

Liverpool's third consecutive victory in all competitions since losing at West Ham lifted it to second in the table, one point behind Chelsea, who hosts Manchester United on Sunday.

Third-placed Manchester City would move back into second place if it beats West Ham, also Sunday.

Free-scoring Liverpool has now scored 39 goals in its 13 Premier League games this season, its highest goal total at this stage of a top-flight campaign and Klopp welcomed its return to top form.

"We didn't only lose at West Ham, we drew two games before as well," said Klopp. "So, all of a sudden, we were in a bad moment. Now we look like we are in a better moment."

"The things that happened to this team in the last few years were special and that's mostly because of the outstanding mindset and mentality of the boys," He added.

Liverpool needed less than two minutes to take the lead when Sadio Mane played in Andy Robertson and the Scot's cross was perfectly weighted for Jota to finish from close range.

Jota netted again in the 32nd minute with a simple finish from Mohamed Salah's pass for his eighth club goal this term.

Thiago Alcantara had ended a lengthy goal drought in the midweek Champions League win over Porto and the Spain midfielder was back on the scoresheet in the 37th minute before Virgil van Dijk bagged Liverpool's fourth shortly after halftime.

Arsenal back to winning ways

Arsenal's 10-match unbeaten run in all competitions come to a painful end in last weekend's 4-0 thrashing at Liverpool.

But second-half goals from Bukayo Saka and Gabriel Martinelli at the Emirates Stadium made it four wins from its past five league games with a 2-0 success over Newcastle.

Written off after its poor start to the season, Mikel Arteta's side is fifth, level on points with fourth-placed West Ham, as it chases a berth in next season's Champions League.

Howe was in charge of Newcastle in person for the first time after missing last weekend's 3-3 draw against Brentford following a positive coronavirus test.

While the Saudi-led consortium that recently bought Newcastle has spoken about emulating the success of Manchester City under Middle Eastern ownership, Howe's only focus is saving the Magpies from relegation.

The former Bournemouth boss will need to drag much-improved performances from his winless team if it is to avoid a catastrophic slide into the Championship.

"Momentum in football is so important," said Howe. "We need to get that win as quickly as we can.

"I'm a positive guy. I've seen enough from the two games to see we can compete. A neutral watching today wouldn't think we were in the position we were in. It's up to us to get the results we need."

Gerrard earned his second successive win since taking charge of Villa as the former Rangers boss masterminded a victory at Crystal Palace, courtesy of goals from Matt Targett and John McGinn.

Dean Smith, the man Gerrard replaced at Villa, remains unbeaten as Norwich boss after the second-bottom Canaries drew 0-0 with Wolves at Carrow Road.