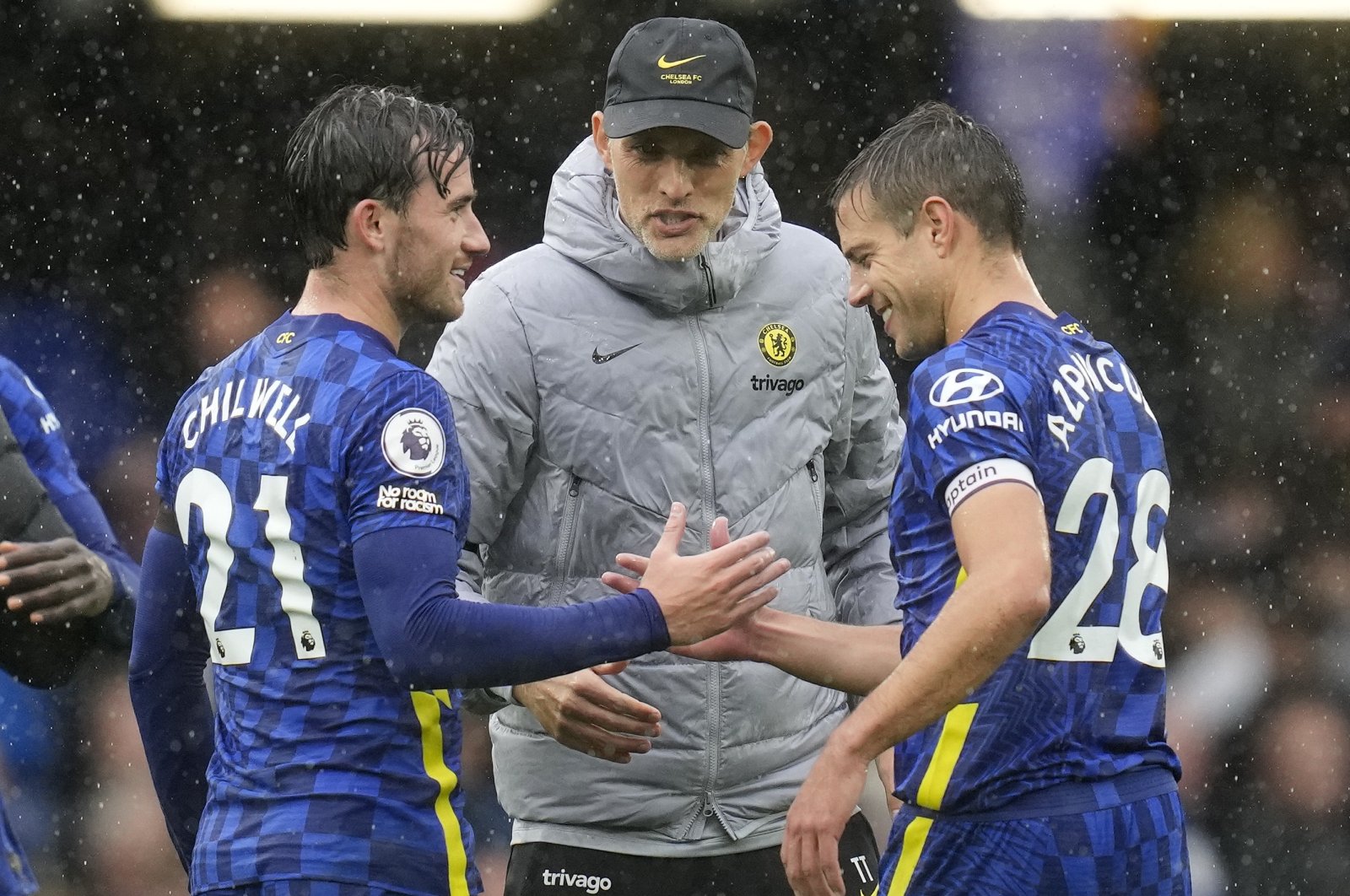 The Premier League will brace for a clash of titans this week as leader Chelse takes on a struggling Manchester United on Sunday.

The 12-point gap between Chelsea and United after just 12 games finally cost Ole Gunnar Solskjaer his job as the Red Devils manager, but the Blues provide the inspiration for what United could still achieve this season.

Less than a year ago, Chelsea also sacked a former legendary player turned manager when Frank Lampard was dismissed from Stamford Bridge.

Four months later, the same squad was crowned champion of Europe thanks to a rapid transformation by Thomas Tuchel.

That progress has continued on this season as Chelsea looks to break the grip Manchester City and Liverpool have had on the title race for the past four seasons.

Tuchel's men hold a three-point lead over City at the top of the table with Liverpool one further back.

Despite still missing the presence of record signing Romelu Lukaku through injury, Chelsea has hit top form since returning from the November international break.

Leicester was swept aside 3-0 at the King Power last weekend before Juventus suffered its biggest ever Champions League defeat in a 4-0 drubbing on Tuesday.

"It's a pleasure to be at the club every single day and to be a part of this team," said Tuchel after his 50th match in charge in midweek.

"They have a fantastic attitude, determined and hungry, so we want to keep this energy and atmosphere in the group.

"The challenges are coming and it's good because it keeps us going."

One of Tuchel's biggest coaching influences could soon be lining up against him in the Premier League with United reportedly set to hire Ralf Rangnick as the club's interim manager until the end of the season.

Any deal is not expected to be completed before the sides meet at Stamford Bridge on Sunday with Michael Carrick to take caretaker charge, as he did for a 2-0 win over Villarreal on Tuesday that secured United's place in the last 16 of the Champions League.

"All my energy and my mind at the moment is on Sunday," said Carrick.

"Everything else is not for me to worry about and get involved with because I need to win a game of football and that is what I am looking forward to doing."

Newcastle sank to the bottom of the table last weekend after a 3-3 draw with Brentford in its first match since Eddie Howe was appointed as manager.

Howe had to watch the game from a hotel room in isolation after testing positive for the coronavirus.

The former Bournemouth boss is hoping to lead his new side for the first time at Arsenal on Saturday as long as he returns a negative test.

Sold to the Saudi sovereign wealth fund in October, Newcastle's new wealth has counted for little so far as it remains without a win all season.

The Magpies are fortunate to just be five points adrift of safety, but can't rely on waiting for the January transfer window to solve its problems with eight league games to come before the new year.

Everton is the only side in the league in worse form than Newcastle as the Toffees have taken just two points from its last six games.

Many in the Everton support were opposed to the appointment of Rafael Benitez as manager before a ball was kicked this season due to his close connections with rival Liverpool.

A promising start quietened Benitez's critics, but they are quickly resurfacing.

Benitez badly needs a win away at Brentford to avoid a frosty reception when Liverpool comes to Goodison for the Merseyside derby on Wednesday.