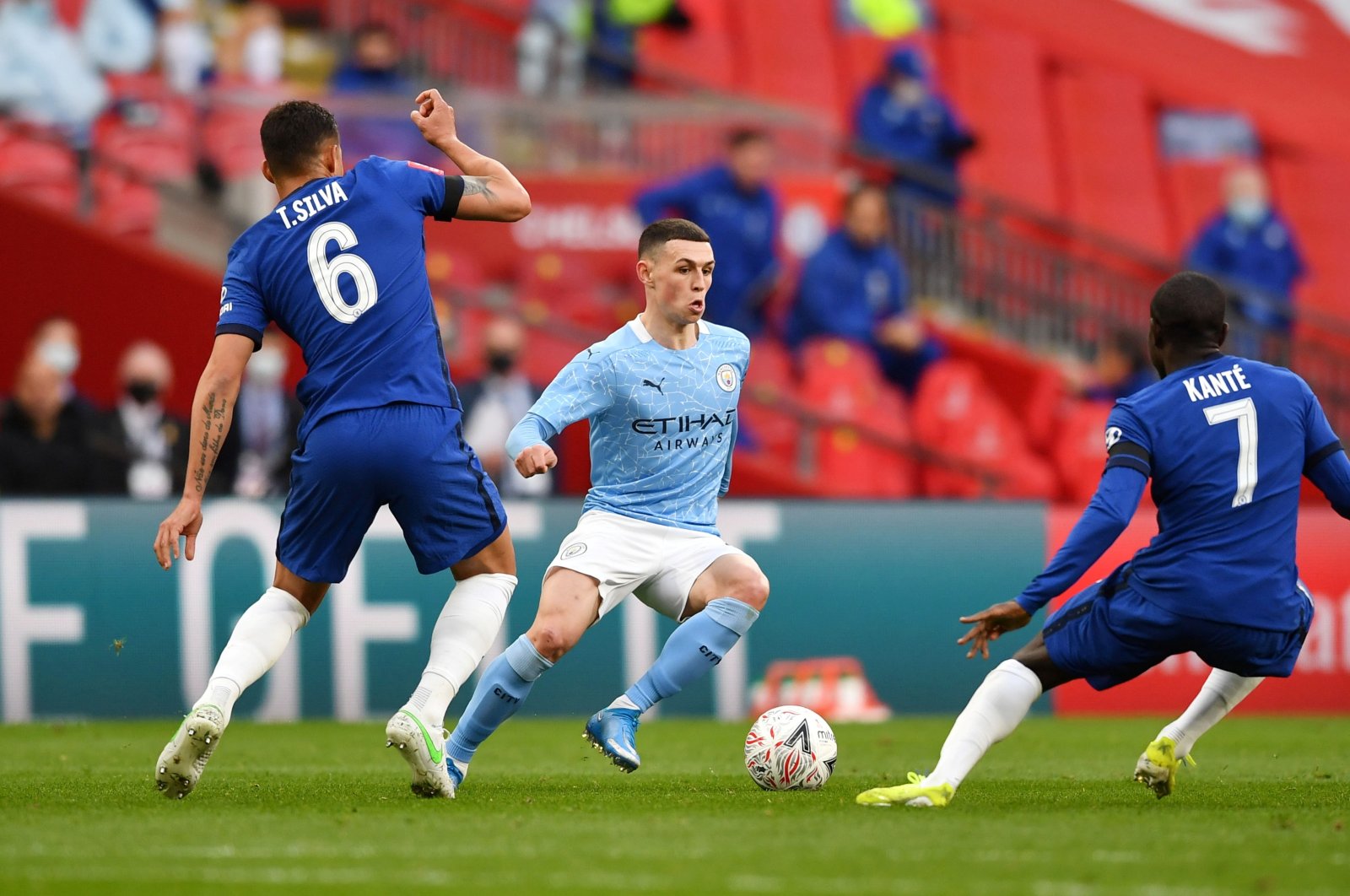 Manchester City and Chelsea will play off for the biggest prize in European club football later this month, but there is plenty on the line for both clubs when they meet in a prelude to the Champions League final on Saturday.

City can wrap up a fifth Premier League title in 10 years with a victory, cementing its place as the dominant force in English football over the past decade since money began flowing in from Abu Dhabi to build a dynasty on the field.

Chelsea's transformation under Thomas Tuchel has taken it to a third Champions League final since its own transformational takeover when Roman Abramovich bought the Blues in 2003.

However, the Blues are still paying for a slow start to the season under Frank Lampard with their place in next season's Champions League far from guaranteed.

But should City seal the title in style and lay down a marker for Istanbul, Tottenham and Liverpool are also not out of the running for the top four.

However, that 1-0 win at Wembley was against a shadow City side as Pep Guardiola prioritized progressing in the Champions League.

A key to both clubs' success has been their strength in depth and both managers could make several changes this weekend after the exertions of seeing off Paris Saint-Germain and Real Madrid in midweek.

Chance for the chasing pack

A trip to City is only the start of a tough run-in for Chelsea, which will also face Arsenal and third-placed Leicester in their final four league games of the campaign, with another meeting against Leicester in the FA Cup final in between.

Gareth Bale gave Tottenham a taste of what it has been missing with the Wales forward on the bench for most of the campaign under Jose Mourinho, prior to the Portuguese coach's sacking, as he scored his first Premier League hat-trick in a 4-0 demolition of already-relegated Sheffield United last weekend.

Victory for Spurs in Saturday's early game at Leeds would take Ryan Mason's men to within two points of Chelsea.

Liverpool is seven points off fourth, but has a game in hand after its clash at Manchester United was called off due to fan protests last weekend.

The defending champion hosts struggling Southampton at Anfield on Saturday needing a win to keep its chances of Champions League football next season alive.

West Ham has arguably the easiest run-in of the top-four contenders, which begins with the visit of Everton to the London Stadium on Sunday.

"It would be an incredible achievement," said David Moyes, who succeeded in just keeping the Hammers up last season. "We're not far away from the Champions League positions. We've got to keep believing."