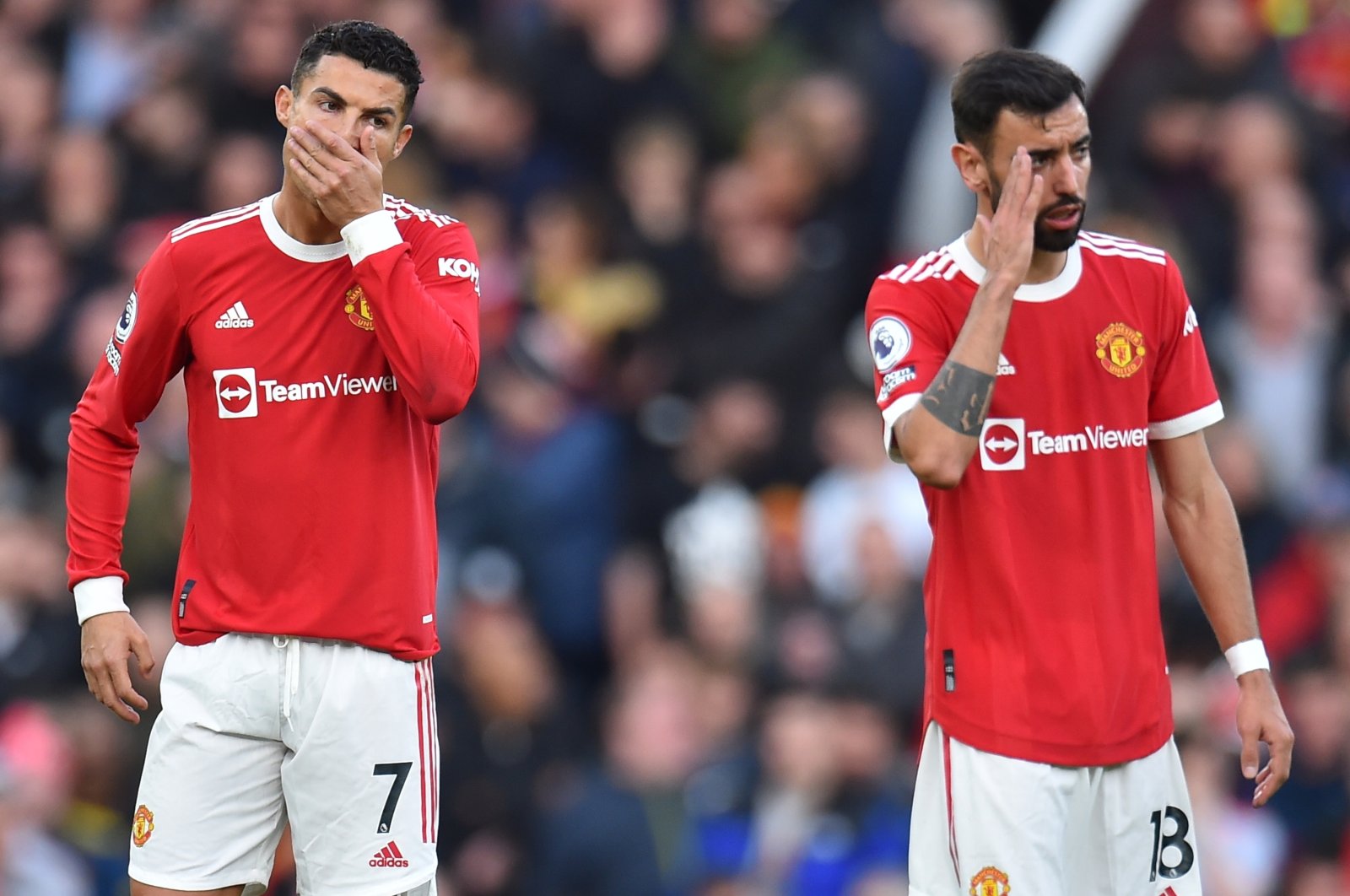 Manchester United will be desperate to bounce back from last week's loss at Liverpool as it faces Saturday a Tottenham side still struggling to find a rhythm.

United desperately needs a win to stay in touch with the Premier League's top four as Chelsea, Liverpool and Manchester City threaten to break away from the rest of the pack.

Despite a flurry of summer transfers, Ole Gunnar Solskjaer finds himself clinging to his job after United's humiliating 5-0 defeat at the hands of Liverpool. His side has taken just one point from the past 12 on offer.

Leader Chelsea, Liverpool and defending champion City all have winnable matches this weekend while Leicester and Arsenal go head to head in an intriguing battle between two sides who have found their form.

Solskjaer on the brink

The Norwegian has reportedly been given three games to save his job but the fixtures are daunting – trips to Tottenham and Atalanta before a derby against Pep Guardiola's Manchester City.

The Liverpool drubbing came a year after 10-man United collapsed to a 6-1 home defeat against Spurs.

"This is miles worse," Solskjaer said. "We have big games coming up, so no time to sulk, no time to feel sorry for yourself. We have to come together."

United has flattered to deceive since Solskjaer replaced Jose Mourinho in December 2018, failing to win silverware or mount a realistic title challenge.

Despite recently recruiting Cristiano Ronaldo, Jadon Sancho and Raphael Varane, it finds itself eight points off leader Chelsea and realistically out of the title picture.

It has kept just one clean sheet in all competitions this season and will be without the suspended Paul Pogba in London.

It would take a brave punter to bet against either Chelsea, Liverpool, or defending champion Manchester City winning the Premier League table.

The title favorites have made their moves early this season in contrast to the 2020/21 campaign when Everton, Arsenal, Leicester, Southampton and Tottenham all took turns at the top before City surged to its third title in four years.

Fresh from its stunning Old Trafford rout, Liverpool hosts a Brighton side struggling to convert its positive play into goals and victories.

The Seagulls are fifth in the table but have only scored nine times in nine matches and are winless in their past five games in all competitions.

Chelsea, who smashed Norwich 7-0 last weekend, will fancy its chances against struggling Newcastle, which is being managed by interim boss Graeme Jones after this month's Saudi-led takeover and the sacking of manager Steve Bruce.

City takes on struggling Crystal Palace, who has won just one and drawn six of its nine league games under new boss Patrick Vieira.

Arsenal and Leicester suffered poor starts to their league campaigns but are both only three points off the top four following a sharp uptick in form.

Mikel Arteta's men were bottom of the table after losing their first three matches without scoring a goal – their worst start to a season in 67 years – but are unbeaten in eight games in all competitions.

The Gunners have not competed in the Champions League since 2017 and Leicester has replaced them as top-six regulars.

Brendan Rodgers's side has narrowly missed out on Champions League football for two seasons running despite spending more time in the top four than any other team during that time.

"It might be different this season compared to the last two when we started on fire and dropped off," said Rodgers. "This can be the season where we build and finish the second part really strong."