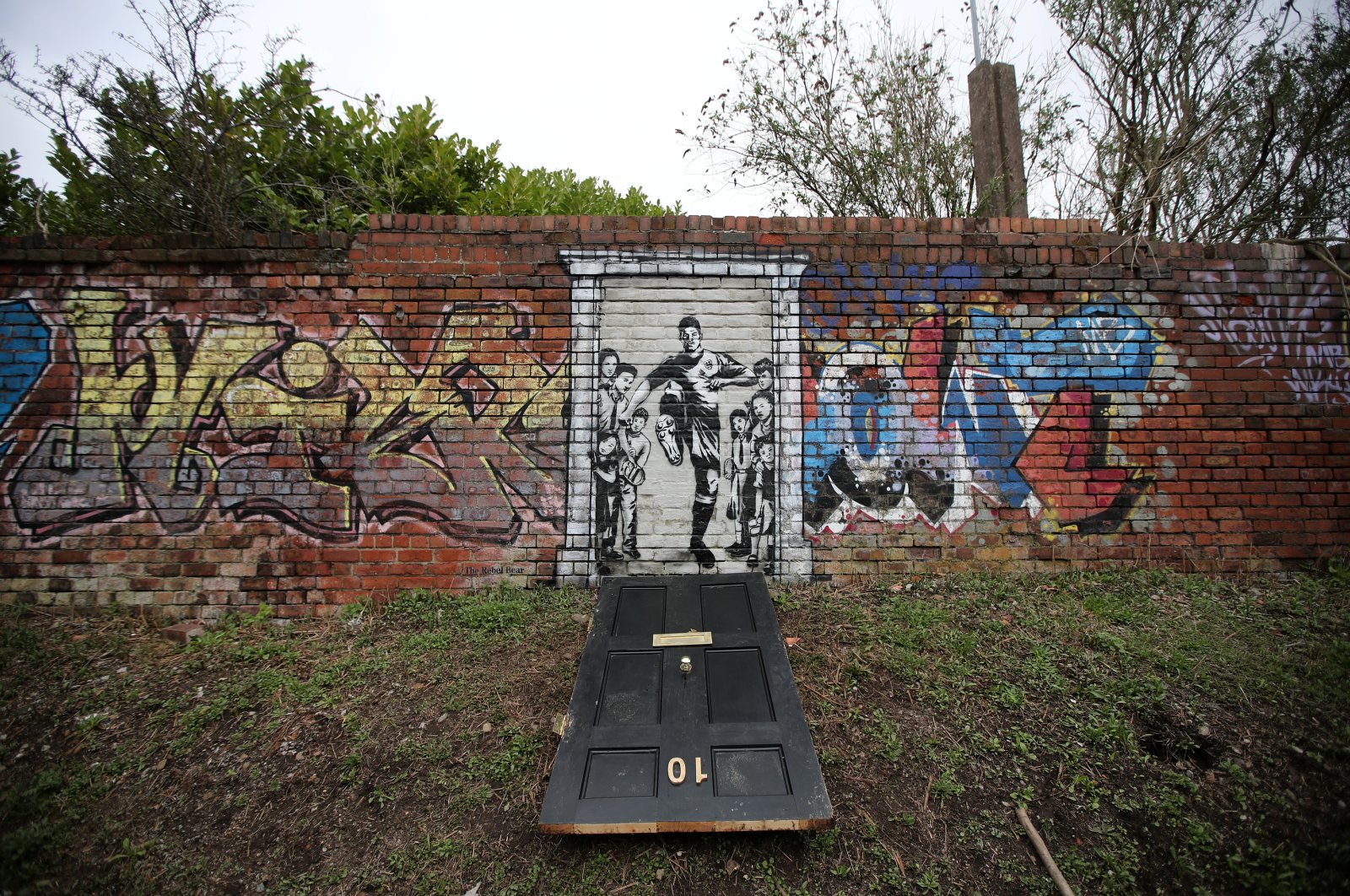 A mural of England footballer Marcus Rashford kicking down the door of No. 10 Downing St. appears on Manchester Canal in Manchester, Britain, March 21, 2021. (Reuters Photo)
by REUTERS Mar 21, 2021 3:55 pm

The black-and-white mural by an unknown artist was found on a wall covered in graffiti on the bank of a canal near Old Trafford, Manchester United's stadium in the northern English city.

It depicts Rashford, wearing an England strip, with children standing on either side of him, as if seen from the inside of a doorway. Rashford has his right foot raised and flexed.

A replica of the famous black door of No. 10 Downing St., the official residence and workplace of British prime ministers, lies on the ground in front of the mural, creating the illusion that Rashford has just kicked it down.

The eye-catching artwork refers to Rashford's decisive role in pressuring Johnson's government into extending and improving the provision of food parcels for poor children during the COVID-19 pandemic.

Rashford, 23, drew on his own experience of relying on food parcels as a boy growing up in poverty in Manchester to mount a powerful campaign that drew widespread praise and turned him into a hero beyond the soccer pitch.