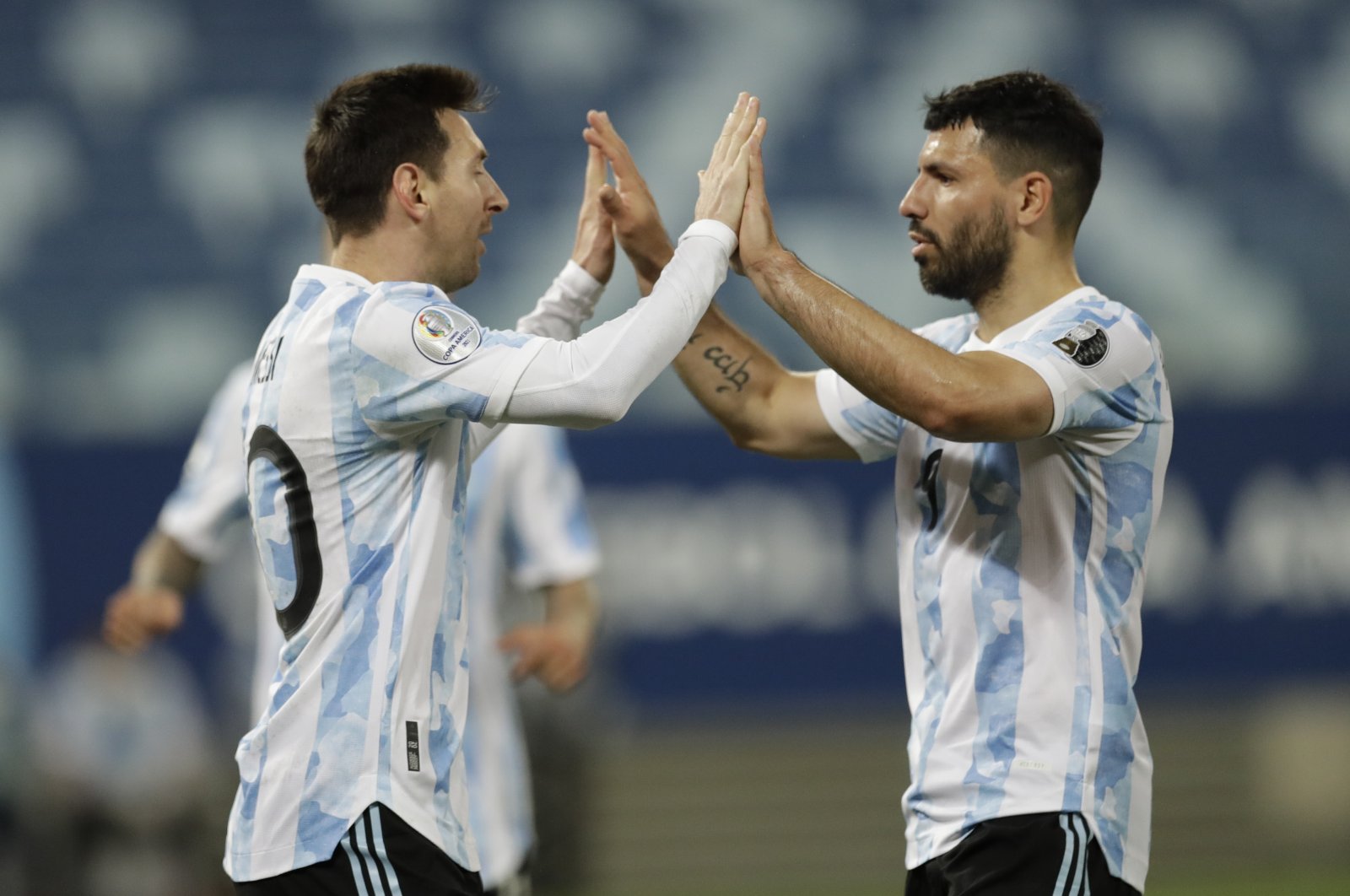 PSG's Argentine superstar Lionel Messi has expressed his sadness after close compatriot and long-time friend Sergio Aguero was forced into early retirement due to a heart condition.

Aguero announced Wednesday that he has had to walk away from football after the heart issue was detected in the wake of Barcelona's 1-1 draw with Deportivo Alaves on Oct. 30.

The 33-year-old suffered chest discomfort and dizziness, which were later attributed to a heart arrhythmia.

Following consultation with specialists, Aguero accepted continuing his playing career would be too great a risk to his health, meaning his Barcelona career has ended before it ever really got going.

Of course, his initial move to Barca after leaving Manchester City was deemed to have been centered around the possibility of teaming up with Messi, though the seven-time Ballon d'Or winner ended up moving to Paris Saint-Germain soon after due to the Blaugrana's financial woes.

Nevertheless, the pair played alongside each other for Argentina both in youth football and in the senior side, culminating in both being present as the Albiceleste ended their 28-year wait for a trophy by winning the Copa America in July.

It read: "Practically a whole career together, Kun ... We lived very beautiful moments and others that were not so, all of them made us unite more and more and made us greater friends. And we are going to continue living (beautiful moments) together off the pitch.

"With the great joy of lifting the Copa America so recently, with all the achievements you achieved in England ... the truth is that now it hurts a lot to see how you have to stop doing what you love the most because of what happened to you.

"Surely you will continue to be happy because you are a person who transmits happiness, and those of us who love you will be with you.

"Now a new stage of your life begins and I am convinced you are going to live it with a smile and with all the enthusiasm that you put into everything.

"All the best in this new stage!!! I love you a lot, my friend, I'm going to miss being with you on the pitch with the National Team a lot!"