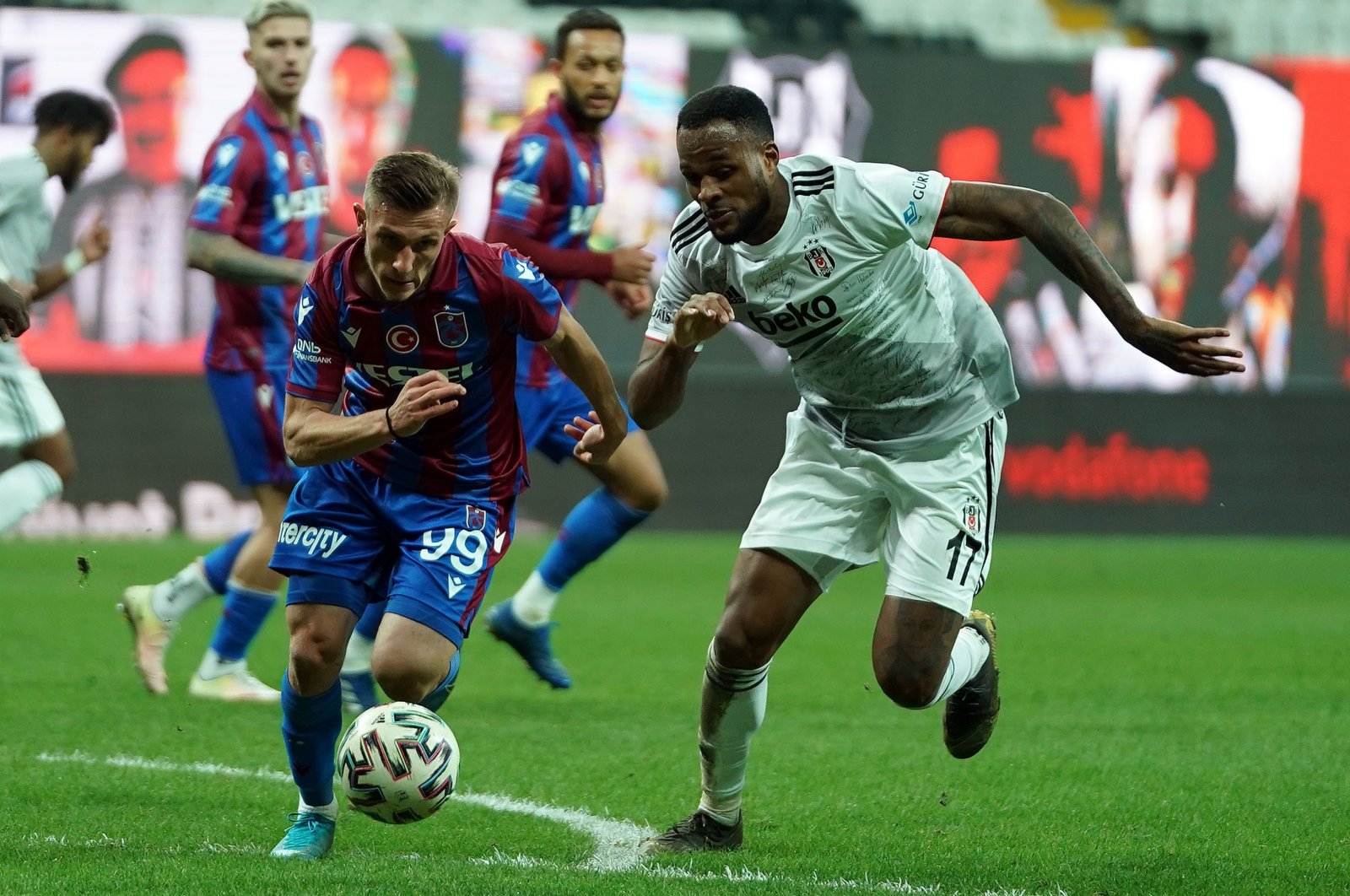 Trabzonspor on Sunday ended Beşiktaş's nine-match undefeated run in a 2-1 away victory and helped its archrival Fenerbahçe consolidate its newly claimed leadership of the Turkish Süper Lig.

The Black Eagles scored the opener in the 29th minute as Cameroonian forward Vincent Aboubakar's header beat Trabzonspor goalkeeper Uğurcan Çakır at the Vodafone Park in Istanbul. This was Aboubakar's 12th league goal in the 2020-2021 season.

Near the end of the first half, Trabzonspor found a lucky goal when Nigerian winger Anthony Nwakaeme's shot was deflected twice before it beat Beşiktaş goalie Ersin Destanoğlu. It was counted as an own goal for Spanish defender Francisco Montero.

In minute 63, Brazilian defender Vitor Hugo scored with a right-footed strike to bring a 2-1 lead for the Black Sea Storm, completing the comeback.

In the 77th minute, the Istanbul side was down to 10 men after Turkish midfielder Dorukhan Toköz was shown a red card for a harsh tackle against his opponent.

Beşiktaş took risks, preferring an ultra-attacking play to create opportunities, but Trabzonspor defended well to secure the 2-1 victory in Istanbul.

Much credit was attributed to goalkeeper Çakır's spectacular performance, which was also noted by Beşiktaş coach Sergen Yalçın in a news conference held after the match where he congratulated the 24-year-old for his role in his team's victory.

It was Yalçın's first defeat against the Big Four of Turkish football since taking over as Beşiktaş coach back in January 2020.

Trabzonspor coach Abdullah Avcı, who is credited with the resurgence of the squad after he signed back in November, praised the team's performance, saying it was their third match in the last eight days including a Super Cup victory over last year's champion Medipol Başakşehir. Avcı, who coached Başakşehir and its predecessor club Istanbul Büyükşehir Belediyespor for more than 10 years from 2006 to 2011 and 2014 to 2019, made the former second-tier club a fixture and later a title contender in the Süper Lig.

The win over Beşiktaş was emotional for Avcı as the veteran coach was Yalçın's predecessor before getting sacked last year over mediocre results with the Istanbul side.

The Süper Lig's "Big Three" are now dominating the division's top spots this season. Fenerbahçe, which climbed to the top spot Saturday after a 1-0 victory over Black Sea club Çaykur Rizespor, has 45 points. Second-place Beşiktaş is chasing Fenerbahçe with 44 points.

Fenerbahçe's winter-signing Bright Osayi-Samuel made his debut in the Rizespor match. Former Queens Park Rangers winger Osayi-Samuel played in the second half for the Yellow Canaries. Greek midfielder Dimitris Pelkas was injured and left the pitch in the 61st minute, replaced by his Turkish teammate Mert Hakan Yandaş.

Rizespor manager Marius Sumudica, who recently signed with the club after getting sacked by Gaziantep FK despite the team's brilliant performance, was sent off in the 70th minute after protesting the referee.

Galatasaray is currently in the third spot as the Lions have so far bagged 42 points, including a crucial three points in Saturday's win against sixth-placed Gaziantep FK.

Sunday's victor Trabzonspor moved to the fifth position in the standings as the Black Sea team increased its points to 36, one point behind Mediterranean side Aytemiz Alanyaspor.

Other results of Week 22: