Özil's Fenerbahçe deal worth same as remainder of Arsenal contract 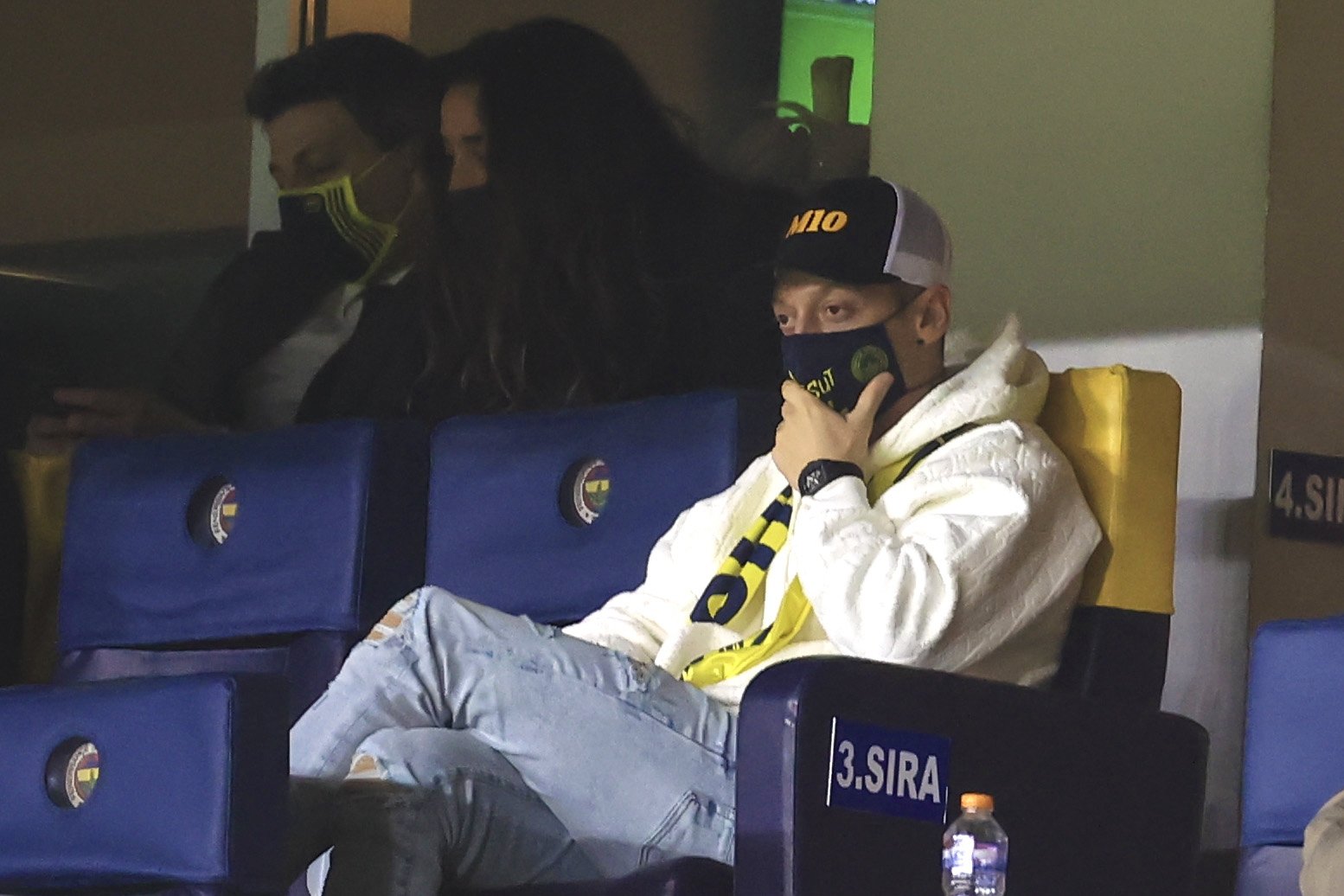 Mesut Özil sits in the stands during a Süper Lig football match between Fenerbahçe and Kayserispor at the Şükrü Saracoğlu Stadium in Istanbul, Jan. 25, 2021. (AA Photo)
by DAILY SABAH Jan 27, 2021 12:21 pm
RECOMMENDED

After Özil completed his move to Fenerbahçe on Sunday, the Istanbul club informed Turkey's Public Disclosure Platform (KAP) that the midfielder will make 3 million euros ($3.64 million) a year for three seasons starting from the 2021-2022 campaign.

The former Arsenal star also agreed to play the remainder of this season without pay, the Canaries said.

Thus, in 3.5 years at Fenerbahçe Özil is expected to make 9 million euros, excluding a one-time signing bonus of 550,000 euros.

Özil's wage at Arsenal, which has long been a topic of hot debate among football fans and pundits in England, stood at around 396,000 euros a week.

If the German decided to stay at the London club for the rest of this season, as per his contract, he would have made a sum of a little more than 9 million euros – more than his 3.5-year deal with Fenerbahçe envisages.

Özil joined Fenerbahçe on a free transfer, but Arsenal could still get up to 1.75 million euros in bonuses depending on the player's sporting achievements.

Meanwhile, Turkish football fans warmly welcomed the latest star to join the Süper Lig and are excitedly waiting for his debut.

The playmaker has already attended his first training session with Fenerbahçe, but he has not featured in a competitive football match since March, so he may need some time to return to full fitness.

Some Turkish outlets claimed that Özil could make his debut in this weekend's match against Rizespor, while others said coach Erol Bulut may be preparing him for the Intercontinental Derby against Galatasaray on Feb. 6.

Özil joined Fenerbahçe after terminating his contract with Arsenal earlier this month as he ended his seven-year spell with the Gunners. The German featured for Arsenal on 254 occasions, scoring 44 goals and setting up a further 77. He won four FA Cups with the club as well as two Community Shield trophies.

Özil became ostracized by Arsenal just as Mikel Arteta was hired as manager in December 2019. The club distanced itself from Özil for standing up for Muslims in the Xinjiang province of China after he condemned the detention of more than 1 million Uighurs and other minorities in so-called reeducation camps.

Özil's criticism of China led to Arsenal’s match being pulled from Chinese television. The Chinese government accused Özil of being “blinded and misled” and Arsenal said “the content he expressed is entirely Özil’s personal opinion” and stressed it was not getting involved as a club.

The German wasn’t even included in Arsenal’s Premier League and Europa League squads for this season despite being one of the highest earners and has been ostentatiously tweeting his support for the team from his home during matches.

Fenerbahçe, who won the last of its 19 Turkish league titles in 2014, is hoping to break the duck this season as it chases leader Beşiktaş. The team has also not been in the Champions League group stage since 2011.