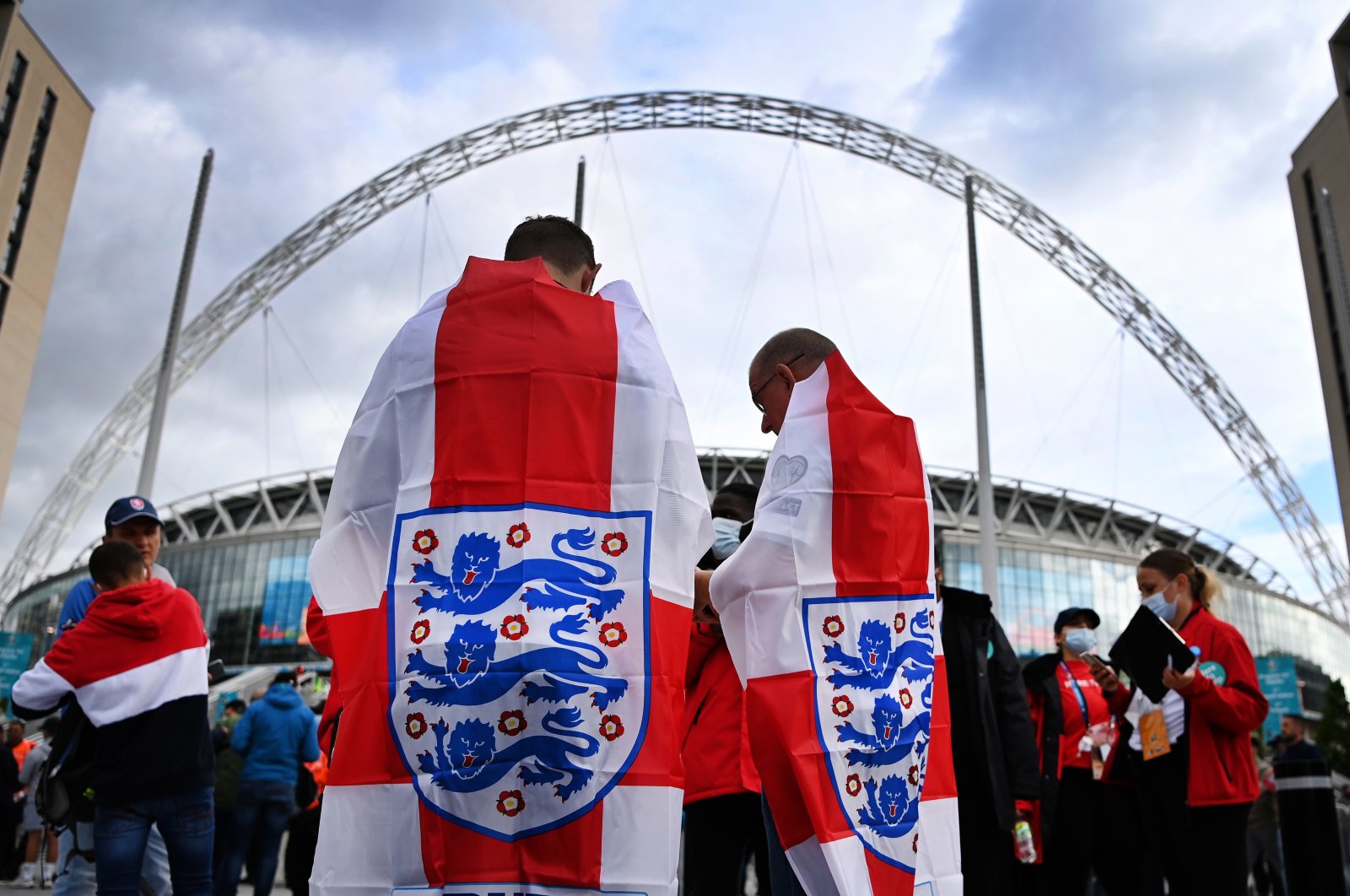 The British government on Tuesday announced it would allow more than 60,000 fans to attend the Euro 2020 semifinals and final at Wembley, with attendance increased to 75% of capacity.

The matches will see the largest crowds assembled at a sporting event in Britain for more than 15 months, with numbers previously strictly limited due to the coronavirus pandemic.

All ticket holders at Wembley will need to follow a number of strict entry requirements, including having a negative COVID-19 test or proof of full vaccination.

There has been no announcement on the outcome of talks between the government, the Football Association (FA) and European football's governing body UEFA over a solution to allow up to 2,500 VIPs to attend the final on July 11 but a deal now appears more likely.

"We have worked extremely closely with UEFA and the FA to ensure rigorous and tight public health measures are in place whilst allowing more fans to see the action live," said culture and sport secretary Oliver Dowden.

"The finals promise to be an unforgettable moment in our national recovery from the pandemic."

UEFA had stressed there were no plans to take the semifinals or final away from Wembley, despite the stumbling block of quarantine-free travel, and president Aleksander Ceferin welcomed the announcement of the increased capacity.

"The last 18 months have taught us, both on and off the pitch, how integral fans are to the fabric of the game," said Ceferin.

"This tournament has been a beacon of hope to reassure people that we are returning to a more normal way of life and this is a further step along that road."

Prime Minister Boris Johnson's official spokesman earlier gave an upbeat message on the issue of the VIP attendance but declined to confirm whether an agreement had already been reached with UEFA.

"We're looking forward to putting on a fantastic semifinals and final at Wembley and will do so safely and securely," he said.

The Puskas Arena in Budapest had been floated as a potential alternative should the matches not be able to go ahead in London, while Italian Prime Minister Mario Draghi also suggested Rome could step in.

He voiced concerns over the increase in coronavirus infections in Britain.

The highly contagious Delta variant, first detected in India, has fueled a spike in new cases in Britain and forced the government to delay planned reopenings.

The government has a difficult path to tread, with any decision to ease the rules for UEFA officials and sponsors likely to prove controversial.

The ability of British people to travel on holiday has been restricted by rules enforcing a strict period of self-isolation or quarantine on their return.

England take on the Czech Republic at Wembley on Tuesday and the stadium in northwest London is also set to host five knockout games, including both semi-finals and the final.

Some of the biggest events in Britain's summer sporting calendar, including Wimbledon and international cricket matches, will also go ahead with greater capacities as part of the latest phase of the government's pilot program to test the return of large crowds.

In the meantime, the World Health Organization (WHO) voiced concerns over the easing of virus restrictions around the Euro 2020 games, noting that some areas were already seeing rising cases.

"WHO is concerned about easing of restrictions in some of the host countries," Robb Butler, an executive director at WHO's Regional Office for Europe, said in a statement to Agence France-Presse (AFP).

"A few of the stadiums hosting the tournament are now increasing the number of spectators allowed into the stadium to watch a game," Butler said.

In some "host cities, COVIID-19 cases are already on the rise in the area where matches will be held," said Butler.

"Learning from experience, we must act fast on signals showing increasing cases.

"Expanding testing and sequencing; stepping up contact tracing; and building very high vaccine uptake fast among those vulnerable and most at risk," he added.