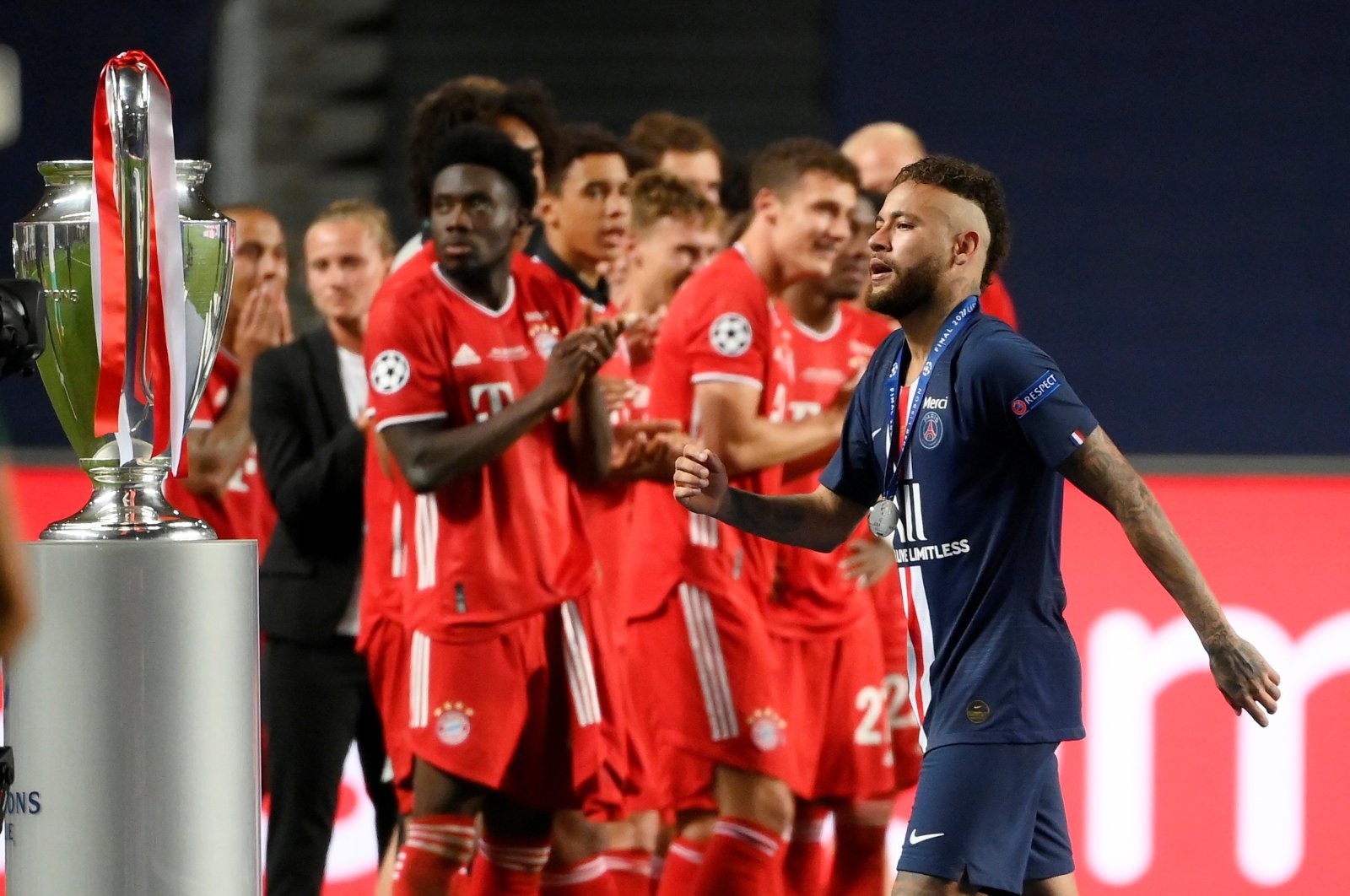 French giants Paris Saint-Germain will look for revenge as it prepares for the replay of last year’s Champions League final against Bayern Munich – but this time in the quarterfinals and over two legs.

For the first leg, PSG will travel to Munich on Wednesday while in the other Champions League quarterfinal on the same day, underdog Porto will host English giant, Chelsea.

Bayern opened a seven-point gap in the Bundesliga with a win over closest rival Leipzig on Saturday and promptly set its sights on the visit from PSG.

Parisian Kingsley Coman scored the only goal as Bayern beat the French team in last year’s final, and he may have to do it again with top striker Robert Lewandowski out with a knee injury.

Leon Goretzka stepped up with the winner against Leipzig, with Thomas Müller and Joshua Kimmich both involved. All three have been outstanding this season and will be tasked with making up for Lewandowski’s absence.

"Obviously, they are better with Lewandowski," Leipzig coach Julian Nagelsmann said of Bayern. "But they have a world-class team and brilliant players to play in his place."

Lewandowski's understudy Eric Maxim Choupo-Moting is set to make only his third Champions League start this season against his former club.

The 32-year-old Cameroon striker left PSG after coming on as a replacement against Bayern in last season's Champions League final.

"The anticipation is huge," Choupo-Moting said of facing his ex-club.

"It is the new edition of last year's final.

"Perhaps nobody would have expected that we would meet again so quickly."

PSG, on the other hand, will be without defender Alessandro Florenzi and midfielder Marco Verratti, who have contracted the coronavirus. The tough-tackling Leandro Paredes is suspended for the first leg.

Danilo Pereira and Idrissa Gueye could find themselves under a lot of pressure to stop Bayern from dictating the game, so PSG's wide players will probably have to drop back and help out.

Porto is the most surprising team in the last eight after eliminating Cristiano Ronaldo and Juventus in the round of 16.

The Portuguese club is trying to make it to the semifinals for the first time since winning the European trophy in 2004.

It also was a quarterfinalist in 2019, being eliminated against eventual champion Liverpool.

Chelsea, in the meantime, has drastically improved since Thomas Tuchel replaced Frank Lampard as manager in January.

It was unbeaten in 14 games under the German – including back-to-back wins over Atletico Madrid in the Champions League's last 16 – until a stunning 5-2 loss to lowly West Bromwich Albion in the Premier League Saturday.

"It's a wake-up call. We will get the right response," said Tuchel.

"It's important we digest it. I did not see it coming, now we have to take our responsibilities – me included – and shake it off.

"We can't, after 15 or 14 matches, lose our head. We can't take away the trust that we have in these players."

Chelsea had previously conceded only two goals in Tuchel's tenure.

An impressive run of results may have covered over some of the cracks that led to Lampard's departure but some remain to be solved.

German striker Timo Werner's lack of form is a major factor. He, along with Hakim Ziyech and Kai Havertz, combined for the majority of a 220 million pounds ($304 million) spending spree in the transfer market last summer, but all three are still to live up to their hefty price tags.

The German international has scored just once in his last 18 games for club and country and his fragile confidence took another hit when his stunning miss helped North Macedonia claim a shock win in last week's World Cup qualifier.

Meanwhile, defensive midfielder N'Golo Kante is set to miss the game against Porto after sustaining a knee injury during the international break.