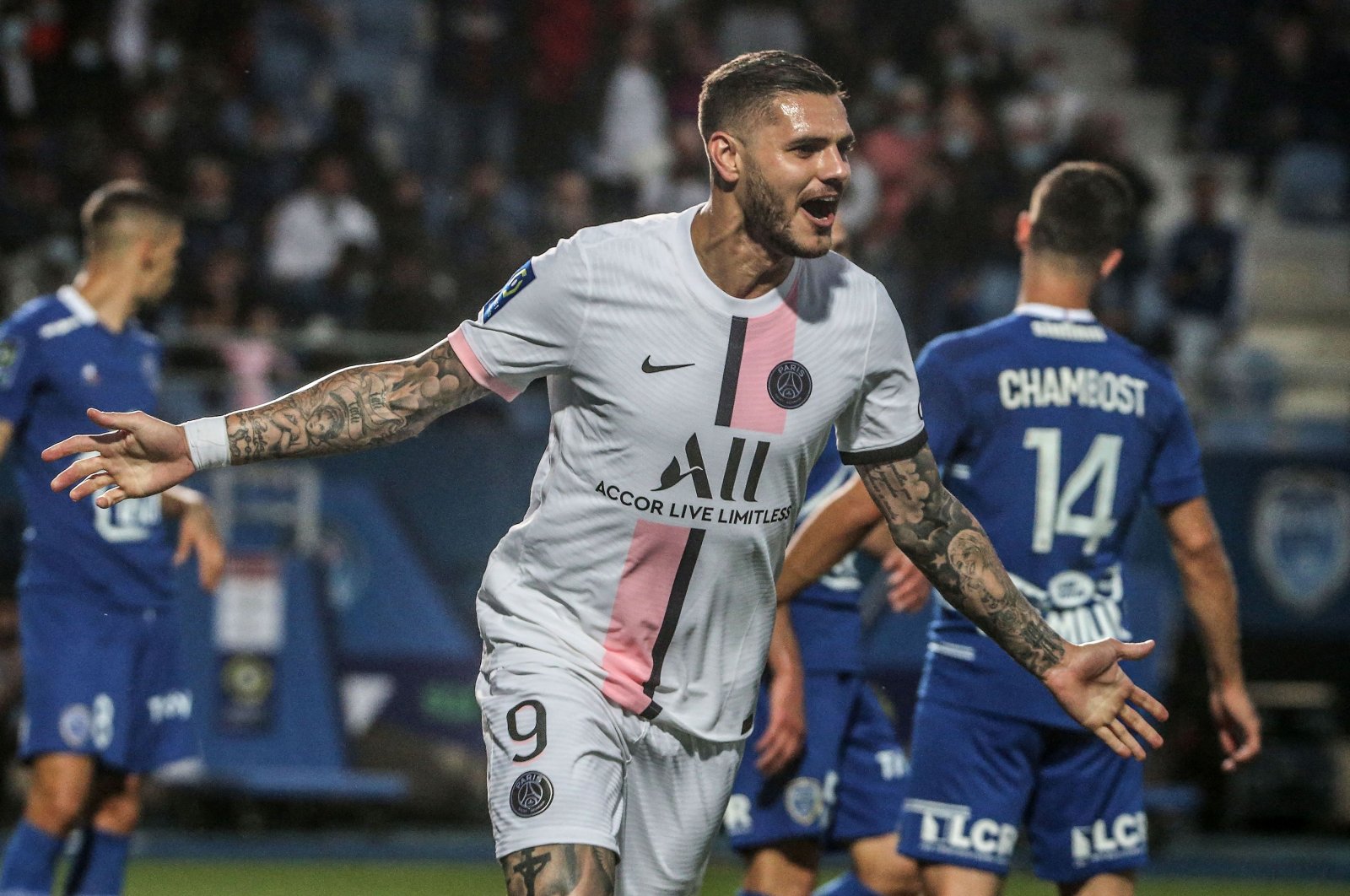 PSG might be closing in on signing Lionel Messi but another Argentinian was its match-winner Troyes as Mauro Icardi's goal helped secure the victory.

Second-tier champions Troyes had gone in front inside eight minutes to the delight of its fans at the Stade de l'Aube when Moroccan defender Oualid El Hajjam headed home at a corner.

However, PSG was back level in the 19th minute thanks to a thumping finish by its own Moroccan defender Achraf Hakimi, the right-back signed from Inter Milan for a reported 60 million euros ($71 million) last month.

Icardi then scored what proved to be the winner just two minutes later, controlling a Kylian Mbappe cutback and slotting home.

"At the beginning of the season it is always difficult and we didn't play as well as we wanted, but Troyes deserves a big prize because they played well," PSG coach Mauricio Pochettino told broadcaster Canal Plus.

Argentine striker Icardi is one of those who may have the most to lose with the possible arrival of Messi, who is now widely expected to move to Paris after the collapse of his new deal with cash-strapped Barcelona.

PSG President Nasser al-Khelaifi and Sporting Director Leonardo both missed Saturday's trip to the game in Champagne country, apparently because they had other pressing business.

"There have been lots of rumors. Lots of things are being said," said Pochettino. "I just hope we will be strong enough to try to win every competition we are involved in."

With Neymar not involved having only just returned from an extended break following the Copa America in Brazil, PSG was nowhere near full strength and it was not given an easy ride by Troyes, a club that is part of the City Football Group network of clubs including Manchester City.

Mbappe did start alongside Icardi and Julian Draxler in the PSG attack, while summer signings Hakimi and Georginio Wijnaldum lined up at right-back and in midfield respectively.

However, there was no debut for new goalkeeper Gianluigi Donnarumma or for Sergio Ramos, recruited from Real Madrid.

PSG did enough but it also had goalkeeper Keylor Navas to thank, notably for a save from Renaud Ripart late on.

Pochettino's side is trying to reclaim the Ligue 1 crown from Lille who starts its title defense against Metz on Sunday.

Earlier Saturday, Lyon was held to a 1-1 draw by Brest in its opening game of the campaign.

Playing their first match under new Dutch coach Peter Bosz, Lyon needed a second-half Islam Slimani goal to earn a draw after Irvin Cardona had given Brest the lead with a superb strike just before the interval.

A crowd of over 29,000 watched the game, with supporters showing proof of vaccination or a negative coronavirus test allowed back in stadiums in large numbers after last season in France was played out almost entirely behind closed doors.

It was an underwhelming result for a Lyon side who finished fourth last season, just missing out on Champions League qualification before seeing star player Memphis Depay leave for Barcelona when his contract expired.