Turkey gives mixed signals in Moldova friendly ahead of Euro 2020 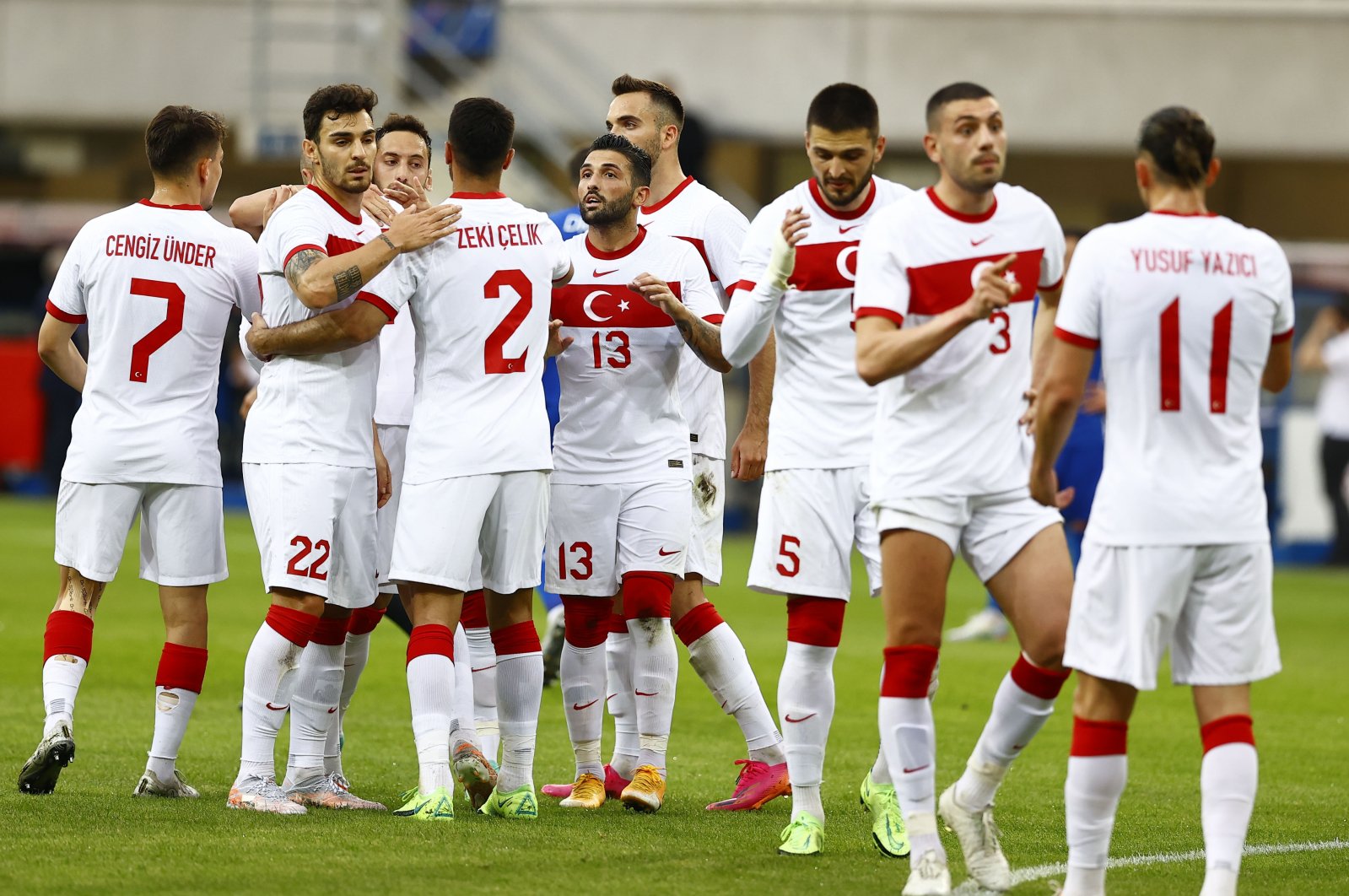 At 177th place in the FIFA rankings behind the Faroe Islands and Luxemburg, Moldova was probably not the best choice for a friendly for Turkey before Euro 2020.

Coach Şenol Güneş used the previous two friendlies against Azerbaijan and Guinea to assess his players and choose his final squad. The last friendly was supposed to be the game where the final strategic preparations were made, but Moldova made that plan a bit complicated.

Do not get me wrong, Moldovan players, most of whom play in their domestic league, put up a great effort against Turkey. But compared to Turkey’s opponents in Group A, Italy, Switzerland and Wales, they simply pale in comparison.

The game was all about Turkey and its offensive struggles. It was a scenario Turkey might only experience in a game where they desperately need a goal in the injury time. Thus, it was not the best test before the real thing.

After a boring and fruitless first half with Turkey’s senior players, Güneş switched to a different strategy by bringing Cengiz Ünder on. This was similar to his strategy in the UEFA Nations League, in which if the first plan works, it’s great, if not, Ünder is tasked with creating chaos on the right wing.

Now, this win and Ünder’s dynamism are clearly positive for Turkey, and it also seems like the first plan, a tough defense, is still intact. Nevertheless, as I have written in this column many times, the real problem-makers are the teams similar to Turkey.

For instance, the games against Switzerland and Wales might easily become games where Turkey needs to dominate and score. Against Italy, the first plan might work but against more moderate opponents, we still don’t know if the first or the second plan will work.

My suspicions mainly arise from the Nations League, where Turkey had serious problems against Russia, Hungary and Serbia, all more or less with the same squad quality. Back then Ünder-game sometimes worked, but it was hit or miss, not a sophisticated, repeatable game that you can rely on every time. Hence, just like back in the Nations League times, Turkey’s only reliable strategy is its defensive game.

This means that the first 20 minutes of the games will be crucial for Turkey. Güneş’s team should at least survive the opening minutes without conceding a goal, and if it can, should score an opener. The best-case scenario for Turkey would be starting every game as the underdog, but the successful Euro 2020 qualifiers and the individual form of players make Turkey already a contender for the trophy.

If I were Güneş, I would put all of my energy into disrupting the opponents’ buildups in the first 20 minutes and scoring goals in a rapid fashion. I would also arrange my substitutions and formation accordingly. With five players to change, Güneş can use a rapid-pressing force which can make life extremely difficult for opponent defenders and then take them out in the second half, or even before the 45th minute.

Turkey must somehow find a way to make its opponents attack, and the best way to do so is to utilize the first minutes of a game when everything is more chaotic.