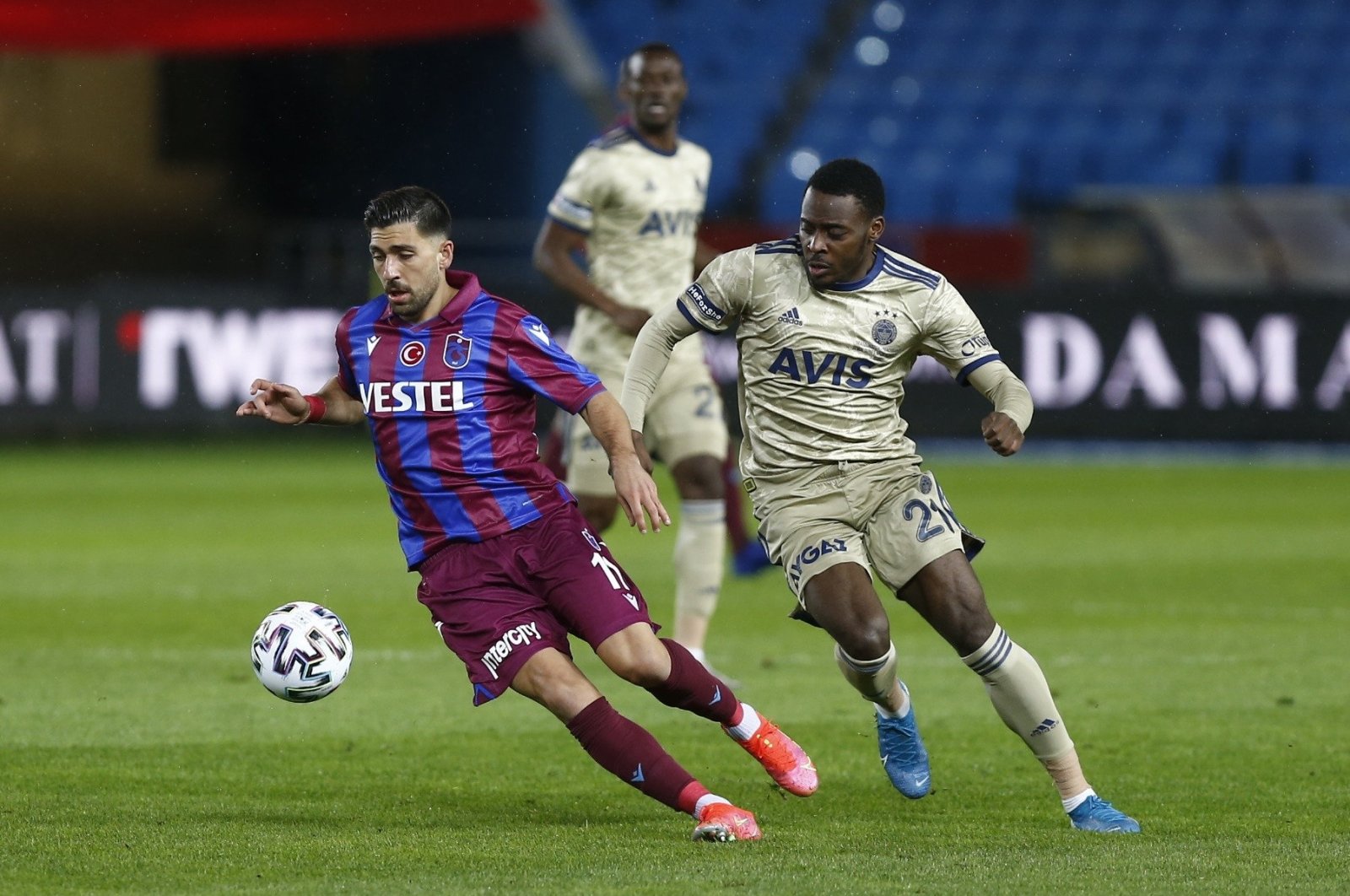 It has been a decade since Fenerbahçe pried the Turkish Süper Lig trophy from the hands of Trabzonspor in 2011 after a season overshadowed by a huge match-fixing scandal.

The allegations of Fenerbahçe being involved in match-fixing back then poured gasoline on to the already present bitter rivalry between the Istanbul powerhouse and Trabzonspor.

Since then, the matches between the two have been some of the tensest games in Süper Lig. And on Sunday, the two sides meet once again, with the intense feud not seemingly have lost much steam.

Fenerbahçe currently tops the Süper Lig table with 19 points and Trabzonspor is just a point behind. So, a win for Trabzonspor will not only grant the Black Sea club the bragging rights but will also knock its rival off of its perch.

The Yellow Canaries have made a surprisingly well start to the season, considering how unenthusiastic the fans were after the appointment of Vitor Pereira as head coach for a second time. The Portuguese coach’s first tenure at Fenerbahçe left a bad taste in mouths as it was marred by clashes between him and the club’s high-profile players back then, including Dutch great, Robin van Persie.

But Pereira endured the criticisms and proved many doubters wrong after he started a thorough house cleaning and parted ways with many players who were deemed problematic for years. And it paid off, with the Fenerbahçe winning six of its first eight matches and losing just one.

However, all of Pereira’s hard work can be undone Sunday if Trabzonspor manages to inflict a humiliating loss.

Trabzonspor might have had its Europe campaign cut short abruptly after getting knocked out of the Europa Conference League at the first qualifier following two defeats at the hands of Roma, but the Black Sea side is yet to lose a game in Süper Lig.

Coach Abdullah Avcı’s men managed to hold Galatasaray to a 2-2 draw at home, which was followed by another lackluster 1-1 draw with Alanyaspor. But before the international break, Trabzonspor refreshed confidence with a 2-1 win at Kayserispor.

Fenerbahçe, meanwhile, is enjoying a three-match winning streak in the Süper Lig, despite a 3-0 hammering by Olympiacos in between.

The last time the two foes met, Fenerbahçe managed to win at Trabzonspor for the first time in five years, with a dull yet important 1-0 victory.

Earlier on Sunday, eighth-ranked Galatasaray will look for a chance to get closer to the top of the table in a home clash with Konyaspor. Coach Fatih Terim’s men made a stuttering start to the league with just four wins and need another if they are to stay in the title race.