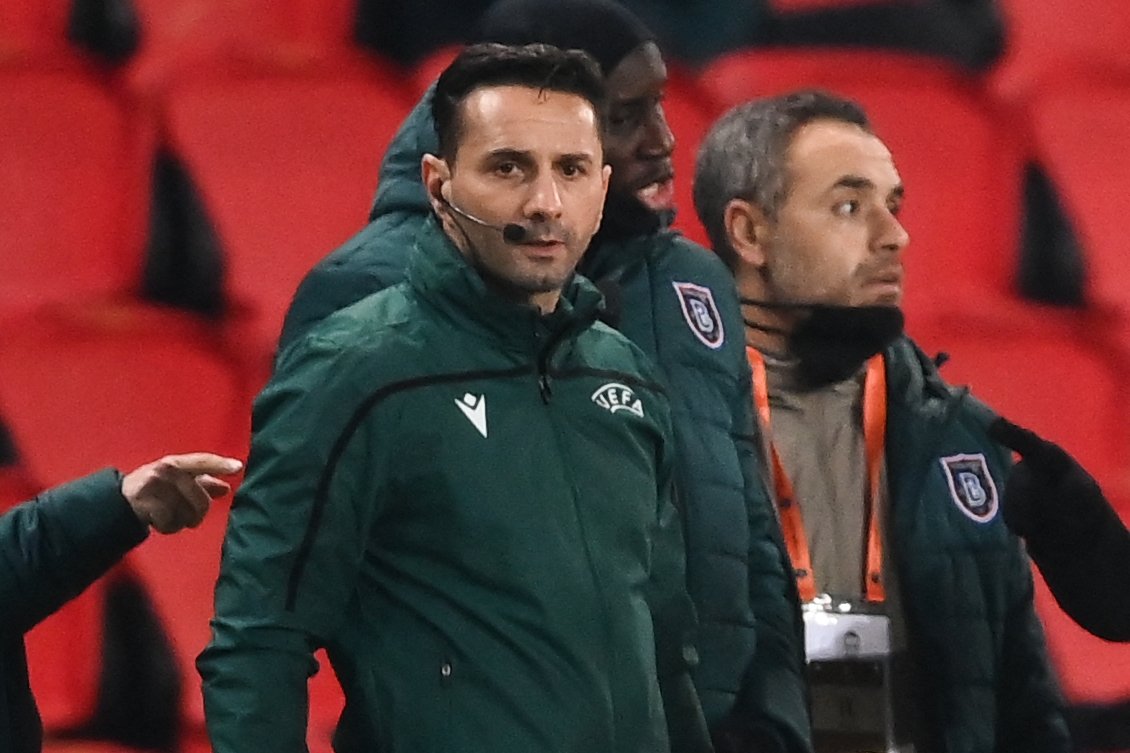 UEFA on Monday suspended Romanian fourth official Sebastian Coltescu until the end of the season over his involvement in the sending off of Istanbul Başakşehir assistant coach Pierre Webo which sparked a player walk-off in the Champions League.

The match at Paris Saint-Germain in December was halted after 13 minutes following an argument on the touchline over the red card shown to Webo and only resumed the following day after the four Romanian officials were replaced.

Webo, a former Cameroon international, said Coltescu had disrespected him by referring to him as "the black one" and an investigation was launched by European football's governing body.

UEFA said in a statement on Monday that Coltescu had been suspended for "inappropriate behavior during a UEFA match for which he was appointed" and had been ordered to "attend an educational program before 30 June 2021."

After the incident, messages of support and solidarity began to pour in from the football world and beyond.

Most of the Süper Lig clubs, including Istanbul rivals Galatasaray, Beşiktaş and Fenerbahçe released statements on Twitter, saying they were against racism and that they stood with Başakşehir.