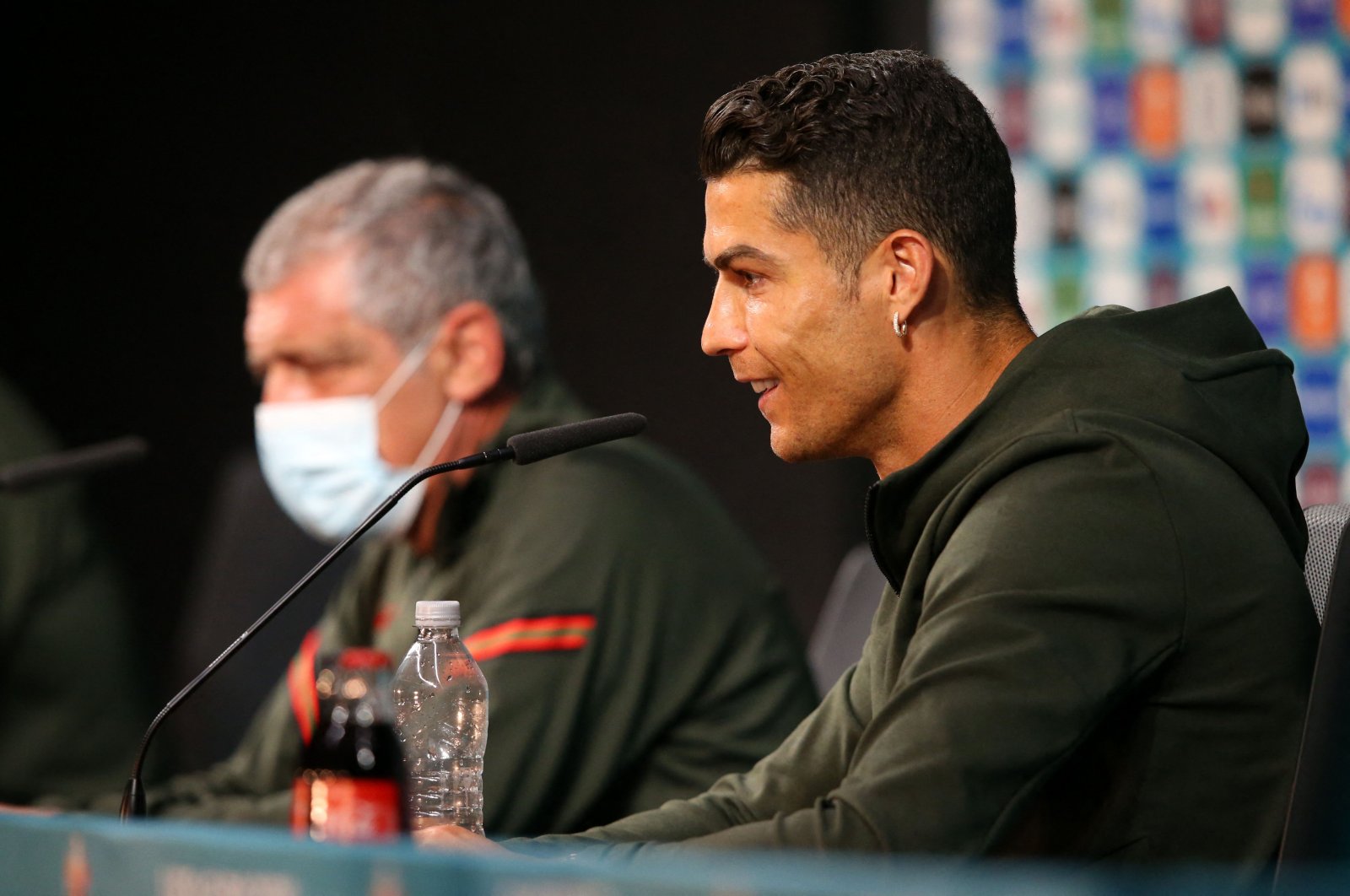 Cristiano Ronaldo, Paul Pogba and Manuel Locatelli all removed sponsor bottles from the view of cameras when taking their seats at press conferences this week.

Euro 2020 tournament director Martin Kallen said UEFA has “communicated with the teams regarding this matter.”

"It is important because the revenues of the sponsors are important for the tournament and for European football,” Kallen said in a briefing.

Pogba, who is Muslim and does not drink alcohol, objected to the distinctive green bottle of official Euro 2020 beer sponsor Heineken. The beer in question is marketed as 0.0% alcohol.

Kallen said tournament rules require compliance with UEFA's promises to sponsors, though players with religious objections “don't need to have a bottle there.”

Pogba had to take questions in the interview room after being named Player of the Match in France’s 1-0 win over Germany on Tuesday. The player awards are sponsored by the brewer.

Ronaldo started the trend on Monday at a mandatory pre-game news conference by hiding two Coca-Cola bottles and replacing them with a water bottle, which was also one of the drink maker’s brands.

A drop in Coca-Cola’s share price this week was attributed by some to Ronaldo’s snub, but without any evidence that the two things were connected.

It prompted UEFA to remind officials with the teams that players should respect the sponsors and the contributions they make to European soccer. Media managers at each of the 11 stadiums across Europe should also help with removing beer bottles ahead of the arrival of a player of Muslim faith.

Coca-Cola and Heineken are among 12 top-tier sponsors for Euro 2020 who contribute to UEFA’s total tournament revenue of almost 2 billion euros ($2.4 billion).

The values of individual sponsor deals are not published, but UEFA got 483 million euros ($576 million) in sponsor deals from 10 partners at Euro 2016 in France.

Players also indirectly get money from Euro 2020 commercial income via their national federations and clubs.

The 24 national federations competing at Euro 2020 will share 371 million euros ($442 million) in UEFA prize money, which typically helps pay player bonuses. The champions can get a maximum of 34 million euros ($40.6 million) from UEFA by also winning all three of their group games.

Hundreds of clubs worldwide also get shares from at least 200 million euros ($239 million) allocated by UEFA from Euro 2020 revenue as a reward for releasing their players to European national teams. Of that money, 130 million euros ($155 million) is allocated on a daily rate for about 630 players taking part in the final tournament.

Euro 2020 revenue will also fund 775 million euros ($925 million) UEFA has promised to its 55 member federations in annual grants and development project funds for the period of 2020-24.