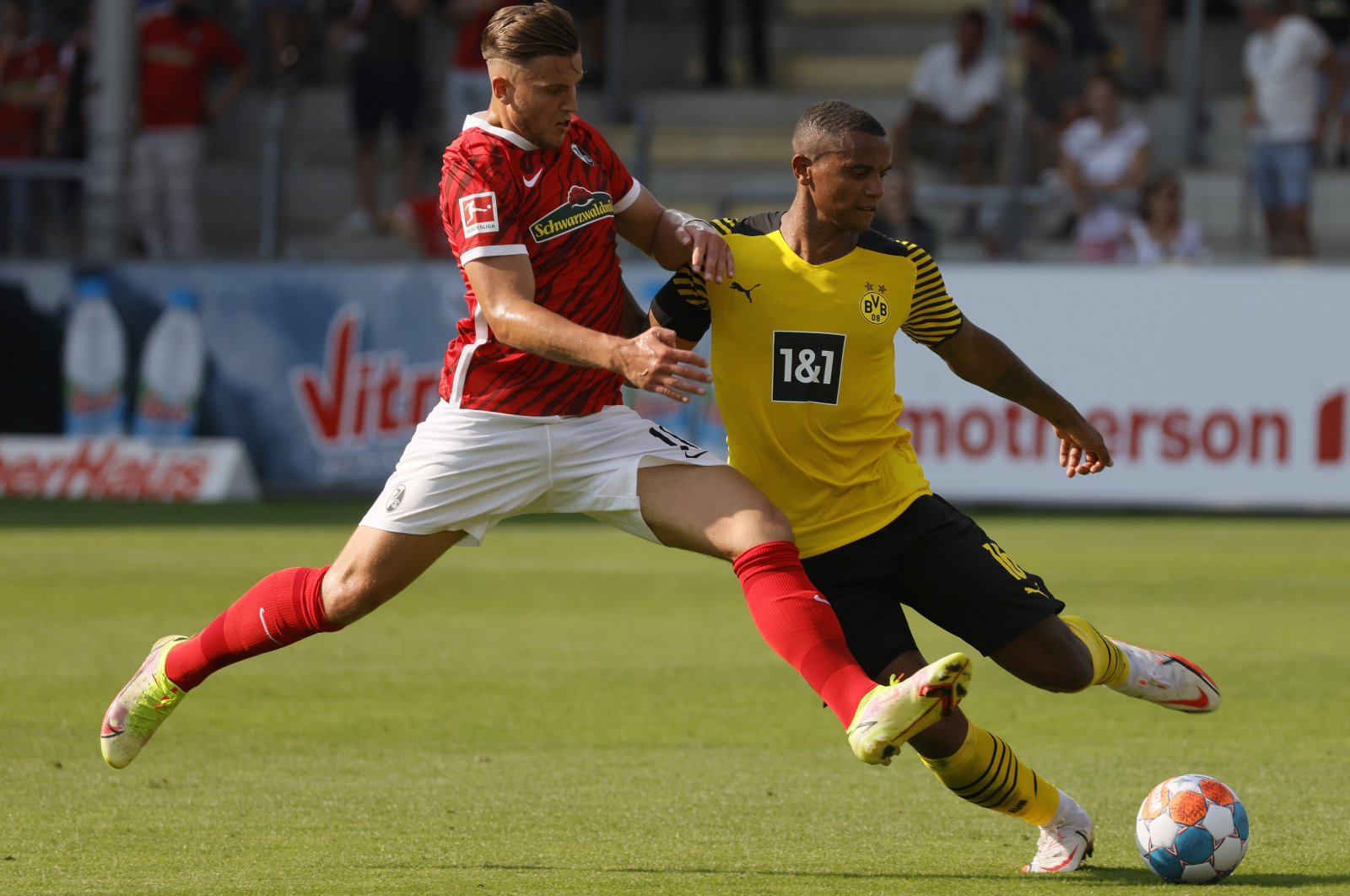 After a flying start to the Bundesliga season, Borussia Dortmund suffered a shock 2-1 defeat at Freiburg after star striker Erling Braut Haaland drew a rare Bundesliga blank on Saturday.

It was the first time Dortmund lost to Freiburg in the German top flight for 11 years, with Saturday's setback coming just four days after losing 3-1 to Bayern Munich in the German Super Cup.

"We gave away a free-kick for the first and the second goal was a counterattack.

"We can't invite opponents to score, especially when we have Champions League aspirations."

Dortmund will discover its group opponents when the draw for the Champions League is held Thursday.

Freiburg raced into the lead when dead-ball expert Vincenzo Grifo blasted in a superb free-kick after just six minutes.

Dortmund thrashed Eintracht Frankfurt 5-2 last Saturday on the opening weekend, but the visitors' defensive frailties emerged again having been a problem last season.

After England midfielder Jude Bellingham lost the ball, Freiburg forward Roland Sallai was left unmarked to smash home his shot as the host doubled its lead on 53 minutes.

Bellingham made amends by pressuring the defense with a strong run which caused Freiburg midfielder Yannik Keitel to put the ball into his own net with half an hour to go.

Freiburg had been winless in its previous 19 meetings with Dortmund dating back to May 2010.

Bayer Leverkusen later romped to a 4-0 victory at home to Borussia Monchengladbach.

Visiting goalkeeper Yann Sommer had a nightmare start when Mitchel Bakker's shot hit the post, deflected off the Gladbach keeper and rolled over the line for an own goal.

Gladbach lost striker Marcus Thuram with an injury after just 20 minutes, then its captain Lars Stindl had a penalty saved just before the break.

Leverkusen made it 3-0 after the break when Moussa Diaby hit the net after his shot took a deflection.

"We let them get the better of us," admitted Gladbach captain Stindl.

Hertha Berlin omitted Matheus Cunha from its match-day squad for a 2-1 home loss to Wolfsburg amid reports the Brazil striker wants to join Atletico Madrid.

Hertha took the lead when striker Dodi Lukebakio converted a penalty after the Belgian striker was fouled in the area.

Wolfsburg fought back as Ridle Baku hit the bottom corner 16 minutes from time before new signing Lukas Nmecha came off the bench to hit the winner on 89 minutes.

Promoted Bochum earned a 2-0 win at home to Mainz as the hosts scored their first goal in Germany's top flight for more than 11 years.

The honor went to German-born Filipino forward Gerrit Holtmann, who dribbled past seven defenders before knocking the ball through the legs of the Mainz goalkeeper.

Bochum had a goal ruled out before Sebastian Polter scored on his debut early in the second half.

Eintracht Frankfurt were held to a goalless draw at home by Augsburg while Greuther Fuerth and Arminia Bielefeld drew 1-1.

On Sunday, defending champions Bayern Munich are set to be without injured captain Manuel Neuer and France winger Kingsley Coman at home to Cologne.