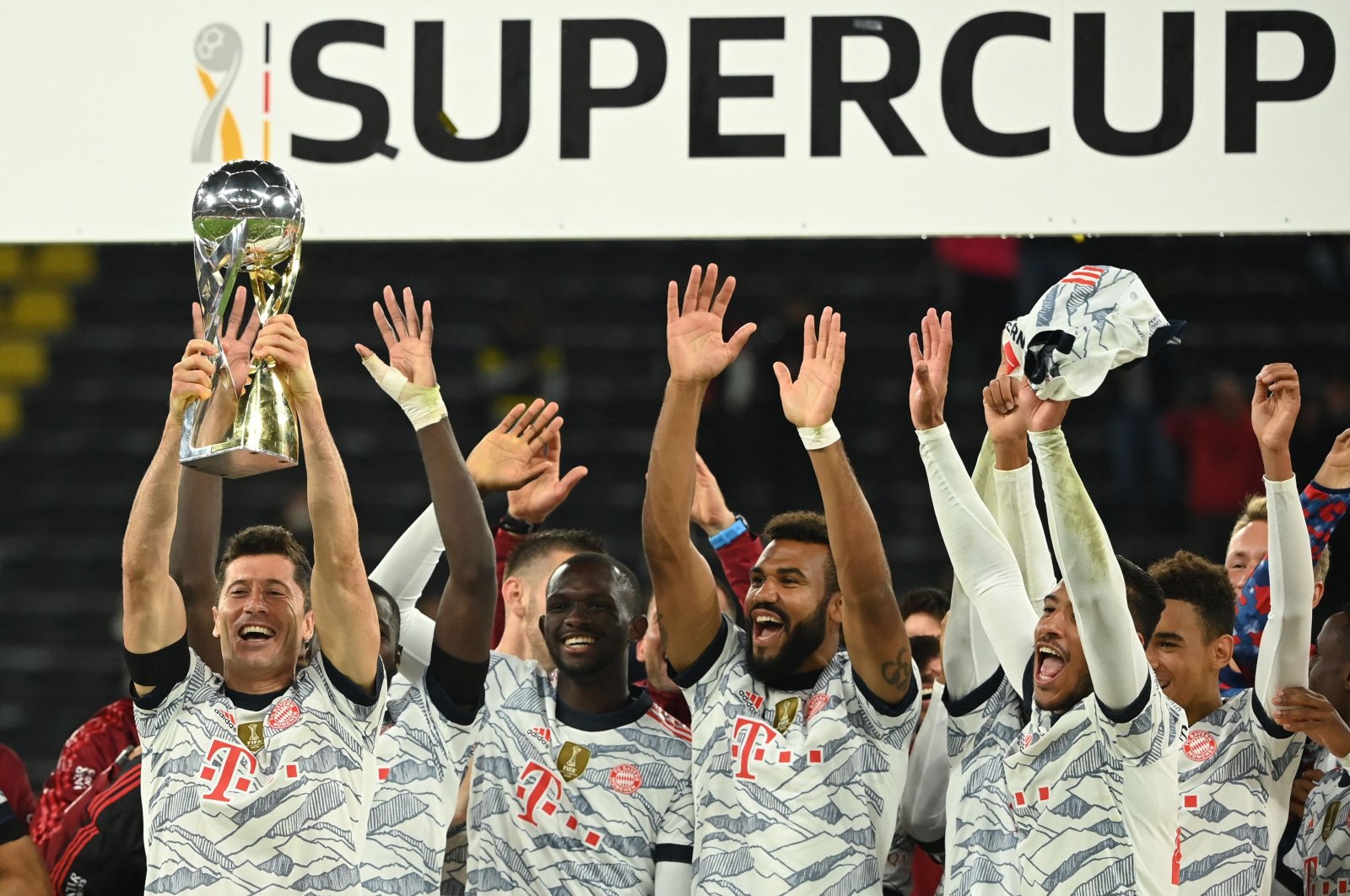 Lewandowski put Bayern ahead with a bullet header at Signal Iduna Park before Thomas Mueller doubled the visitors' lead to make it 2-0 just after the break.

Dortmund captain Marco Reus pulled a goal back when he curled a superb shot inside the post before Lewandowski sealed the fate of the match.

"This means a lot to me. We've won our next title and for the spectators, it must have been a really cool game to watch," Lewandowski told Sky.

"It's something really great for the team which we can enjoy."

Bayern has now won all of its last six matches against Dortmund.

It was a welcome victory for Bayern, who was winless in four pre-season friendlies before drawing last Friday's opening game of the new Bundesliga season 1-1 at Borussia Monchengladbach.

New coach Julian Nagelsmann has earned a trophy, which Bayern also won last year against Dortmund in Munich, with his first win in charge.

"We were better than in Gladbach and this is an important win for the lads," said Nagelsmann, who hailed Lewandowski's "exceptional" performance.

It was a frustrating game for Erling Braut Haaland and 16-year-old Dortmund striker Youssoufa Moukoko, who each had goals ruled offside.

During the warm-up, the Bayern squad wore shirts with Mueller's name and No. 9 on the back.

Steady rain did little to dampen the electric atmosphere as tempers quickly became frayed, with three yellow cards dished out in the first half.

Dortmund had the best early chance when England midfielder Jude Bellingham threaded a pass through the defense to Reus in the 20th minute, but Bayern goalkeeper Manuel Neuer blocked the shot with his foot.

Moukoko then had the ball in the net on 36 minutes from a Haaland pass, only to be denied by an offside flag.

Lewandowski put Bayern ahead four minutes before the break, perfectly timing his run into the box to head home a pin-point Serge Gnabry cross.

Bayern extended its advantage four minutes into the second half when Lewandowski failed to connect with an Alphonso Davies cross and Mueller swept in the loose ball.

Haaland beat Neuer three minutes later, but his effort was also chalked off.

Dortmund pulled a goal back when Bellingham spotted Reus in space and he unleashed an excellent strike into the corner with 26 minutes to go.

However, Lewandowski ended the tie as a contest, after Bayern capitalized on a rare mistake in the Dortmund defense.

Center back Manuel Akanji played a lazy pass which was snapped up and worked to Lewandowski, who slotted home, taking the wind out of Dortmund in the 74th minute.