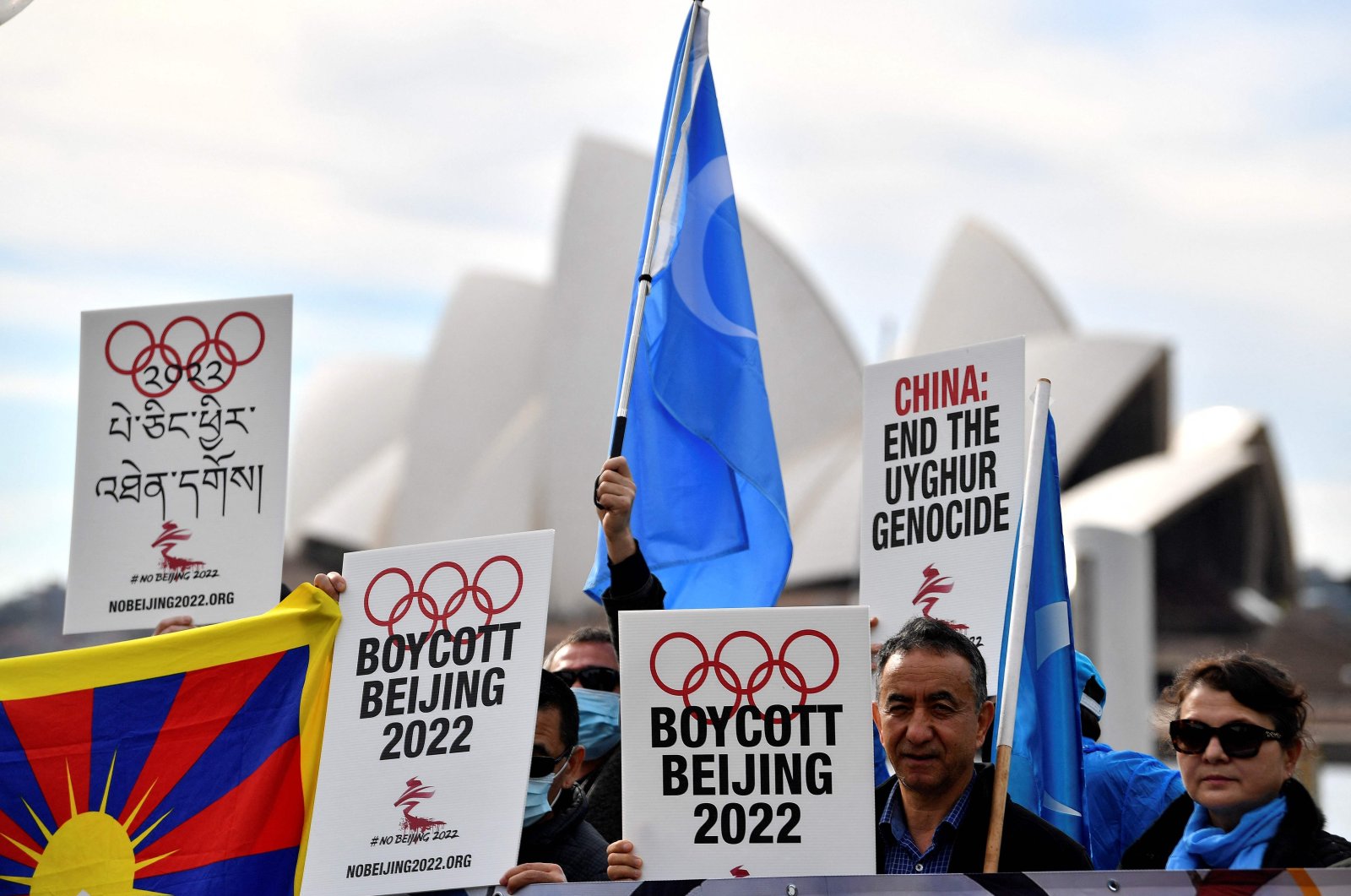 The International Olympic Committee (IOC) President Thomas Bach did his best to stay neutral as he struggled to deal with more countries announcing they would join the United States in diplomatically boycotting the Winter Games in Beijing.

Canada, Lithuania and New Zealand were the latest to join the growing list of countries that have rejected sending diplomats to Beijing for the Winter Olympics in February, over what the Western allies argue are widespread rights abuses by China.

Bach has warned politicization could set a dangerous precedent and threaten the future of the Olympics.

"If we would start to take political sides on one way or the other we would never get all the 206 national Olympic committees to the Olympic Games," he said Wednesday, according to Deutsche Press Agency (dpa).

Bach, who has led the body through a series of problematic Olympic preparations since taking over in 2013, tried to spin the diplomatic snub into a positive by noting each country is allowing its athletes and teams to compete in Beijing.

"We welcome the support for their Olympic team all these governments have been emphasizing, this is giving the athletes certainty and this is what the IOC is about."

The Beijing Games are set to open on Feb. 4, the second Olympics to be staged during the coronavirus pandemic. The Summer Olympics in Tokyo were held in July and August, a year later than originally planned.

The western allies announcing diplomatic boycotts are acting against China because of long-standing concerns about the country’s human rights record, including the treatment of its Muslim minority Uyghur people. Many have called it genocide.

Bach, who was personally affected by the U.S.-led full boycott of the 1980 Moscow Olympics four years after winning a gold medal in team fencing with West Germany, dismissed the prospect of more diplomatic snubs damaging the upcoming Winter Games.

"The presence of government officials is a purely political decision by each government," he said.

"You will hear the same comment from us for every political decision from any government. We have been concerned with the athletes. We welcome that they can participate, that they are supported by their national governments. The rest is politics and our political neutrality applies."

Meanwhile, France said it will not join the boycott of Beijing 2022.

"We need to be careful about the link between sports and politics," Education and Sports Minister Jean-Michel Blanquer said Thursday, as he announced France’s decision to not join the boycott.

"Sports is a world apart that needs to be protected from political interference. If not, things can get out of control and it could end up killing all of the competitions."

He said that France would carry on condemning human rights violations in China.

According to the Agence France-Presse (AFP), he will not travel to the Chinese capital, he said, but junior sports minister Roxana Maracineanu will represent the French government.

French Foreign Minister Jean-Yves Le Drian said he was still seeking a common European Union stance on the issue when asked about a possible boycott during a press conference at around the same time.

"When it comes to the issue of the diplomatic boycott, this question will be dealt with at the European level," he told journalists.

As more countries announce whether to join the boycott or not, China repeated its vows for a “heavy payback” to those who refused to send diplomats to February’s event.

"The United States, Britain and Australia have used the Olympics platform for political manipulation," said Wang Wenbin, a spokesperson at the Chinese foreign ministry.

"They will have to pay the price for their mistaken acts," he told a regular news conference.

Using the Olympics for political manipulation was "unpopular," he said.

"I would like to emphasize that China has not invited any of the countries concerned."

"Sports have nothing to do with politics," Wang continued, saying the vast majority of the international community supports the Beijing Winter Games.