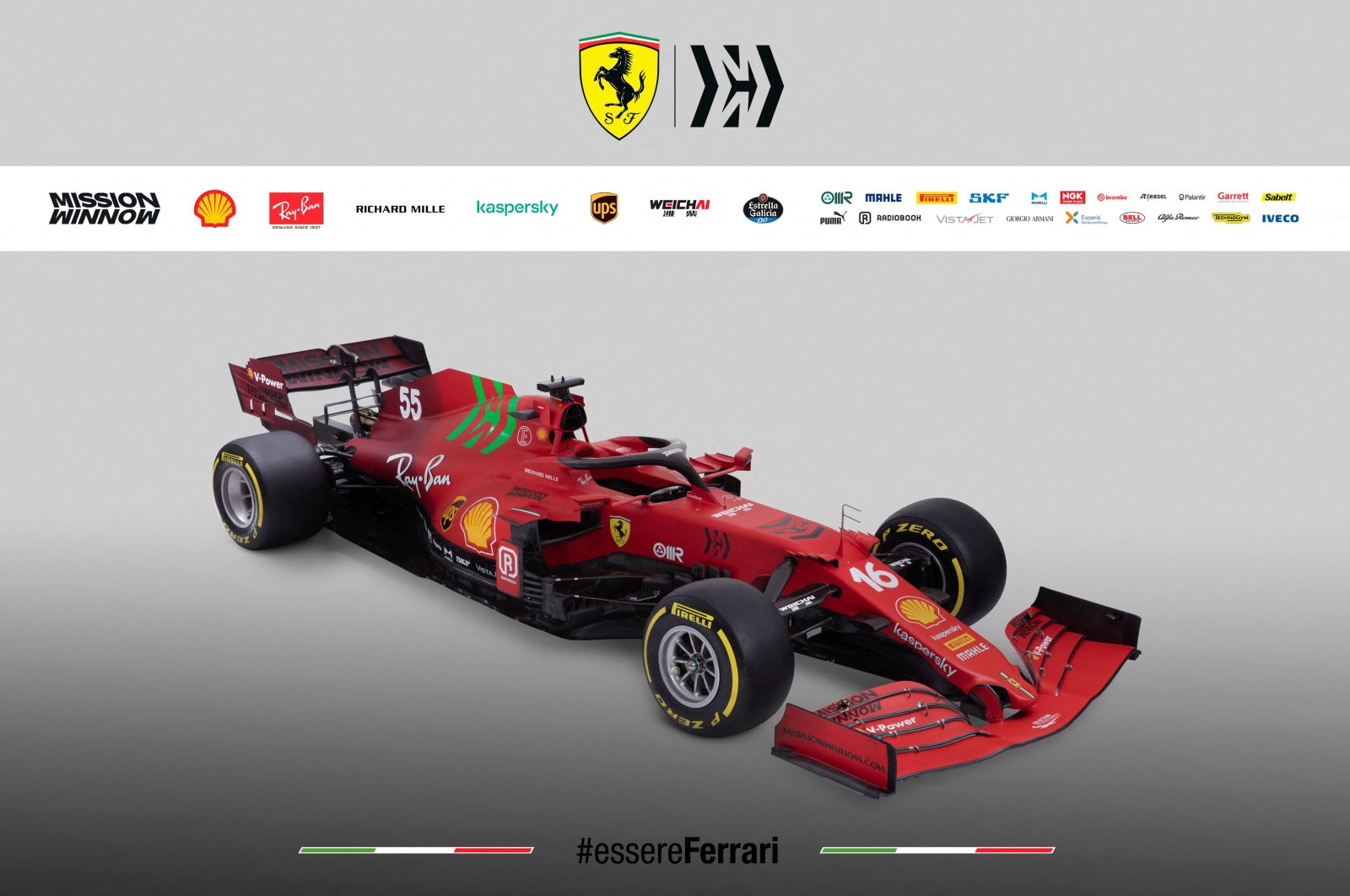 Ferrari unveiled its new car online Wednesday, becoming the last of the 10 Formula One teams to present its 2021 editions.

The car, which is named SF21 for Scuderia Ferrari, has a new power unit. A bright green sponsor’s logo on the engine cover stands out on the otherwise red car.

"The color looks a little bit more dark compared to last year and there’s this other shade of red in the back of the car," returning driver Charles Leclerc said, adding that the green "was a last-minute change," reported the Associated Press (AP)

Leclerc and new teammate Carlos Sainz Jr. will drive the car for the first time during a filming day at the Bahrain circuit on Thursday. Official preseason testing starts on Friday in Bahrain, where the season opens on March 28.

Sainz Jr. said he and Leclerc will drive "only 10 laps more or less, each” on Thursday, "but at least we will get our first taste."

"Then on Friday we start to get serious and start to properly test the car and get ready for the season," Sainz Jr. added.

Ferrari struggled last season with Leclerc finishing eighth and the departed Sebastian Vettel 13th in the drivers' standings. Ferrari was sixth in the constructors' standings.

Meanwhile, some Formula One team members, including from Ferrari and Mercedes, have taken up Bahrain's offer of COVID-19 vaccinations ahead of testing and this month's season-opener despite the sport's reluctance to jump any queues.

Italy's Gazzetta dello Sport newspaper reported on Wednesday that 90% of Ferrari staff in Bahrain had accepted the offer of Pfizer-BioNTech vaccine on arrival.

There was no official comment from the Italian team. Sources at several teams told Reuters it was a matter of personal choice.