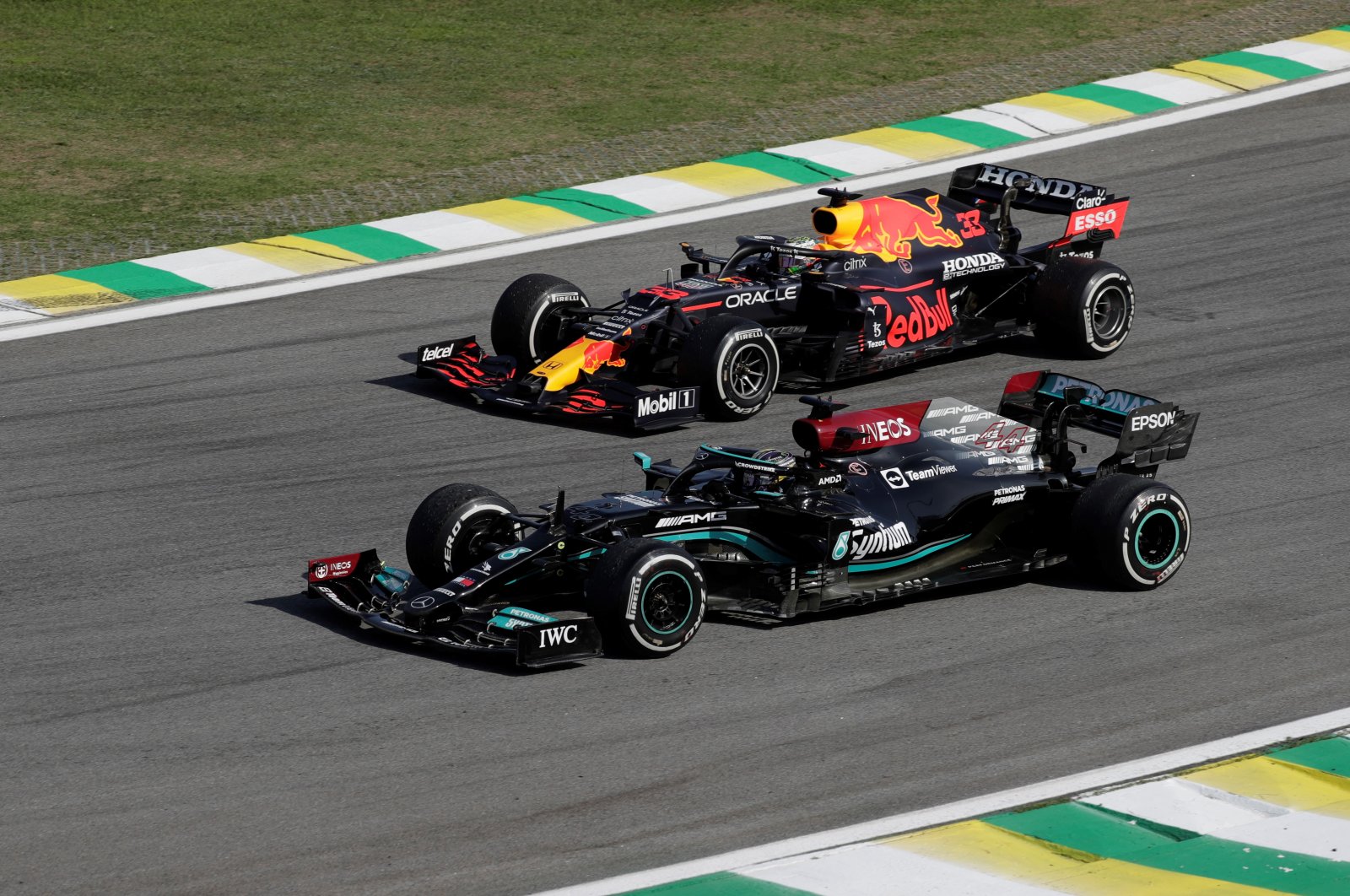 Lewis Hamilton will become either the first Formula One driver to win eight world championships or be dethroned by young nemesis Max Verstappen under the Abu Dhabi floodlights on Sunday.

Either a record will be set, one surely destined to be longer lasting than Ferrari great Michael Schumacher's seven between 1994-2004, or Hamilton's long reign will end in a generational shift.

For the first time since 1974, and only the second since the world championship started in 1950 although scoring systems have changed, two title contenders go into the final round absolutely level on points.

Whatever the outcome, the showdown promises to be television ratings gold.

Verstappen has won nine races to Hamilton's eight – a key advantage that means the Briton must score while the Red Bull driver could even become champion during the race if his rival retires.

Otherwise, whoever finishes ahead of the other – unless Hamilton is ninth and Verstappen 10th with fastest lap – takes the title.

That has also raised fears that the outcome could be decided by a collision between the two, as has happened notoriously in the past in final showdowns where so much is at stake and one driver has everything to gain by taking out the other.

For all Verstappen's aggressive driving, his take-no-prisoners style, bad-tempered exchanges and high emotions, Red Bull and its Dutch youngster have been clear they want to win the title fair and square.

"He's a hard racer but a fair racer, and I expect no different this weekend," team boss Christian Horner told the Times newspaper.

"Nobody wants to win this championship in a gravel trap or in a stewards' inquiry.

"They've been hard races. They've gone wheel to wheel. But I think, for all the fans, you want to see a fair and clean fight in this last round and may the best team and best driver win."

Although the wheel-to-wheel duel between the 36-year-old Hamilton and his 24-year-old challenger has an epochal tone to it, the Briton's Mercedes team can continue its era of domination with an eighth successive constructors' crown.

Mercedes is 28 points ahead and Horner has admitted it will take a miracle to stop them.

Verstappen won in Abu Dhabi last year, leading every lap from pole position, but the circuit has been shortened and modified since then in the hope of creating more overtaking opportunities.

Hamilton had also already won his seventh title and was recovering from contracting COVID-19 that forced him to miss the previous race in Bahrain.

This time the reigning champion should have the benefit of a newer engine than Verstappen and is also riding high after three race wins in a row.

The race will be a farewell for Red Bull's engine partner Honda, although they will continue to assemble the power units next year before the energy drink company takes over the intellectual property.

Hamilton's teammate Valtteri Bottas will be racing for Mercedes for the last time before moving to Alfa Romeo, with George Russell replacing the Finn and saying goodbye to Williams.

The lower placings will also be settled, with Ferrari set to secure third.