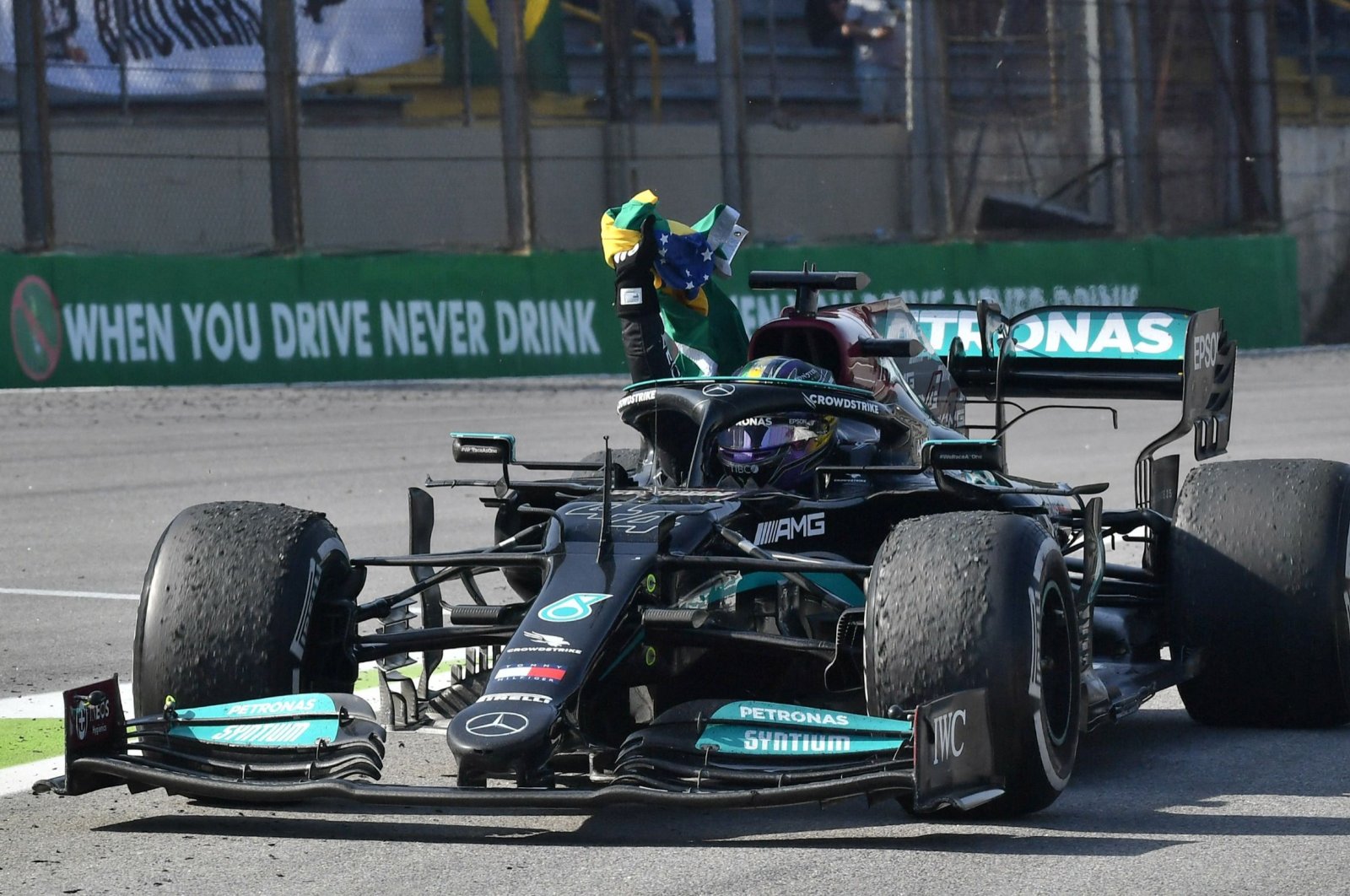 Lewis Hamilton enjoyed one of the most spectacular wins of his career in Sao Paulo recently and aspires to build up on that in weekend's Qatar Grand Prix.

Fresh from arguably his greatest triumph, Hamilton will be on the crest of a wave as he seeks another momentous victory over Max Verstappen at the inaugural race in Qatar.

Just days after the most spectacular win of his career at the Sao Paulo Grand Prix, the 36-year-old, a keen surfer, will be powered by Mercedes' fighting spirit and a sense of shifting momentum at the Losail International Circuit. Protests, controversies and stewards' reviews aside, Hamilton knows that if he has the same clear speed advantage, courtesy of his new Mercedes power-unit, he can further trim Verstappen's championship lead as they go forward into the unknown.

The Dutchman held a 14-point advantage after Brazil, but that may be reduced if a review of his aggressive move to defend his lead at Interlagos results in a penalty that affects the race result. A five-second sanction would relegate him to third and cost him three points, adding more ire to Red Bull's mounting anger, and apparent disbelief at Hamilton's speed, as their rivalry with Mercedes intensifies. "If Hamilton is also so superior this weekend in Qatar, and then in Saudi Arabia and Abu Dhabi, we can write off the title," Red Bull's influential advisor Helmut Marko told F1-Insider. "I have never seen such a rocket engine from Mercedes. We couldn't hold Hamilton on the straights, even though he was driving with a rear wing set at a similar steep angle to Monaco. But only Hamilton has that speed. The other Mercedes drivers are no cause for concern for us." Quoted by the German publication, Marko added that Red Bull were considering initiating another protest of Hamilton's car. "We are mainly concerned with two things, which we may also take up with the FIA for clarification, but there will only be a protest if we have evidence that something is not compliant with the rules."

The two areas of concern are believed to Hamilton's new engine and a "ride height" system that allegedly lowers his car on the straights to reduce drag and increase speed. Hamilton was handed a series of penalties in Brazil, where he was fastest in qualifying, but started the sprint race from the back of the grid due to a rear wing irregularity, on top of taking a five-place grid drop for a new engine. These setbacks and the stewards' decision to take no action after Verstappen's mid-race indiscretion, which has since been the subject of a requested review from Mercedes, fueled the champions' determination.

Team boss Toto Wolff said he felt proud of his team's response. "It was a triumph through adversity and I couldn't be prouder of the fighting spirit from every member of our team," he said. "Through each setback, our determination grew stronger, and this already close team grew tighter with every challenge thrown our way. "Lewis completed a stunning victory, which will rightly be talked about for years to come. For us, that victory is just one important step on our journey and our goal is clear." Looking ahead to the final leg of a demanding triple-header, he added: "We arrive in Qatar for a fresh challenge, a brand-new circuit for F1 and one we can't wait to race on. "We have prepared as well as we can for a new track – and the performance picture, from circuit to circuit, remains unpredictable, but as Brazil showed, even on the back foot, this team will always be in there fighting. The final race of a triple-header can sometimes test your energy levels, but with just three races to decide both championships, our motivation is greater than ever."