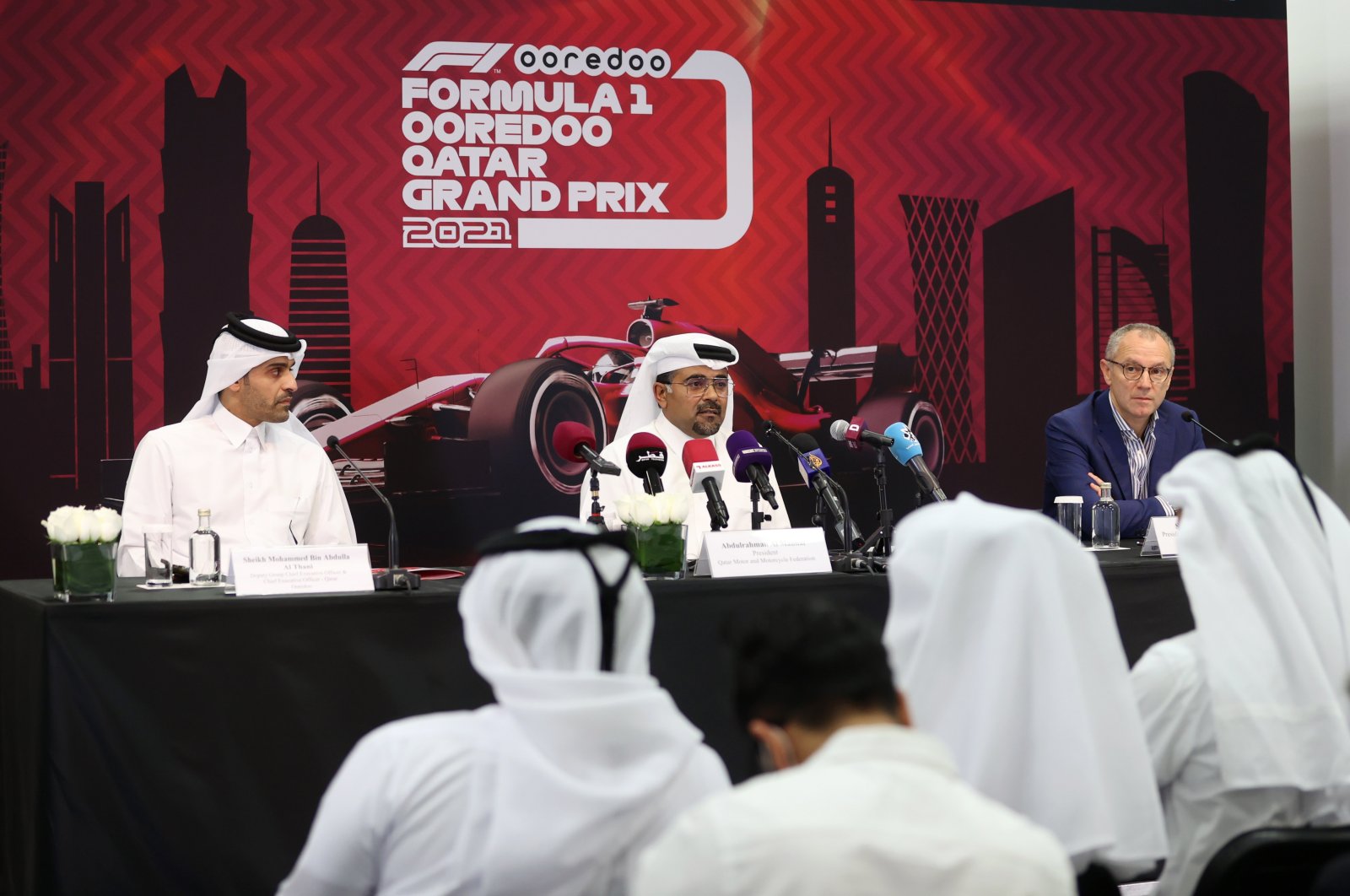 Aspiring to be a global sports destination, Qatar is going to host its first-ever Formula One Grand Prix this November, organizers confirmed Thursday.

Even though this year's event replaces the canceled Australian Grand Prix, Qatar has secured a 10-year deal to host Formula One from 2023, once the country has hosted the 2022 football World Cup.

The race, scheduled for Nov. 21 at the floodlit Losail International Circuit outside Doha, will form part of an unprecedented Middle Eastern quartet of grands prix on the 22-race 2021 calendar.

Bahrain hosted the championship opener in March while Saudi Arabia's first race is scheduled for Dec. 5 and Abu Dhabi ends the season on Dec. 12.

The Nov. 21 slot had been left unfilled on a rejigged calendar after the cancelation of the Japanese round at Suzuka, one of several races that dropped off due to the COVID-19 pandemic.

"The step from the gesture to be helpful to F1 in 2021 to a long-term strategy was short and simple," said Formula One in a statement.

"The vision for F1 to be the showcase for Qatar after the FIFA World Cup in 2022 was the driving force behind this long-term agreement."

Qatar will follow on from Mexico and Brazil as part of a triple-header of races on successive weekends in November.

Losail is best known for hosting the MotoGP season-opener, a night race.

"The Qatar Motor and Motorcycle Federation and Authorities have been incredible and have moved at great speed to ensure the race can take place this season at the Losail Circuit," said Formula One chief executive Stefano Domenicali.

"The huge effort from all the teams, F1 and the FIA has made it possible to deliver a 22-race calendar, something that is very impressive during a challenging year and something we can all be proud of."

The Formula One race will start at 6 p.m. local time (3 p.m. GMT) and also be floodlit.

There will be no race in 2022 due to the World Cup, which will be held in November and December due to the climate, and the venue to be used after that has yet to be confirmed but it could move to a new track unless changes are made to Losail.

"As part of the longer-term deal, discussions will continue regarding the location for the Grand Prix from 2023 with further details to be provided at a later time," said Formula One.

Abdulrahman al-Mannai, president of the Qatar Motor and Motorcycle Federation, said the agreement meant Qatar will host Formula One and MotoGP for the next decade.

"We have a proud motorsport history and this is the next chapter for us," he said.

Until this year, Formula One had only two regular grand prix venues in the Middle East, with Bahrain's Sakhir circuit the first on the calendar in 2004 and Abu Dhabi's Yas Marina joining in 2009.