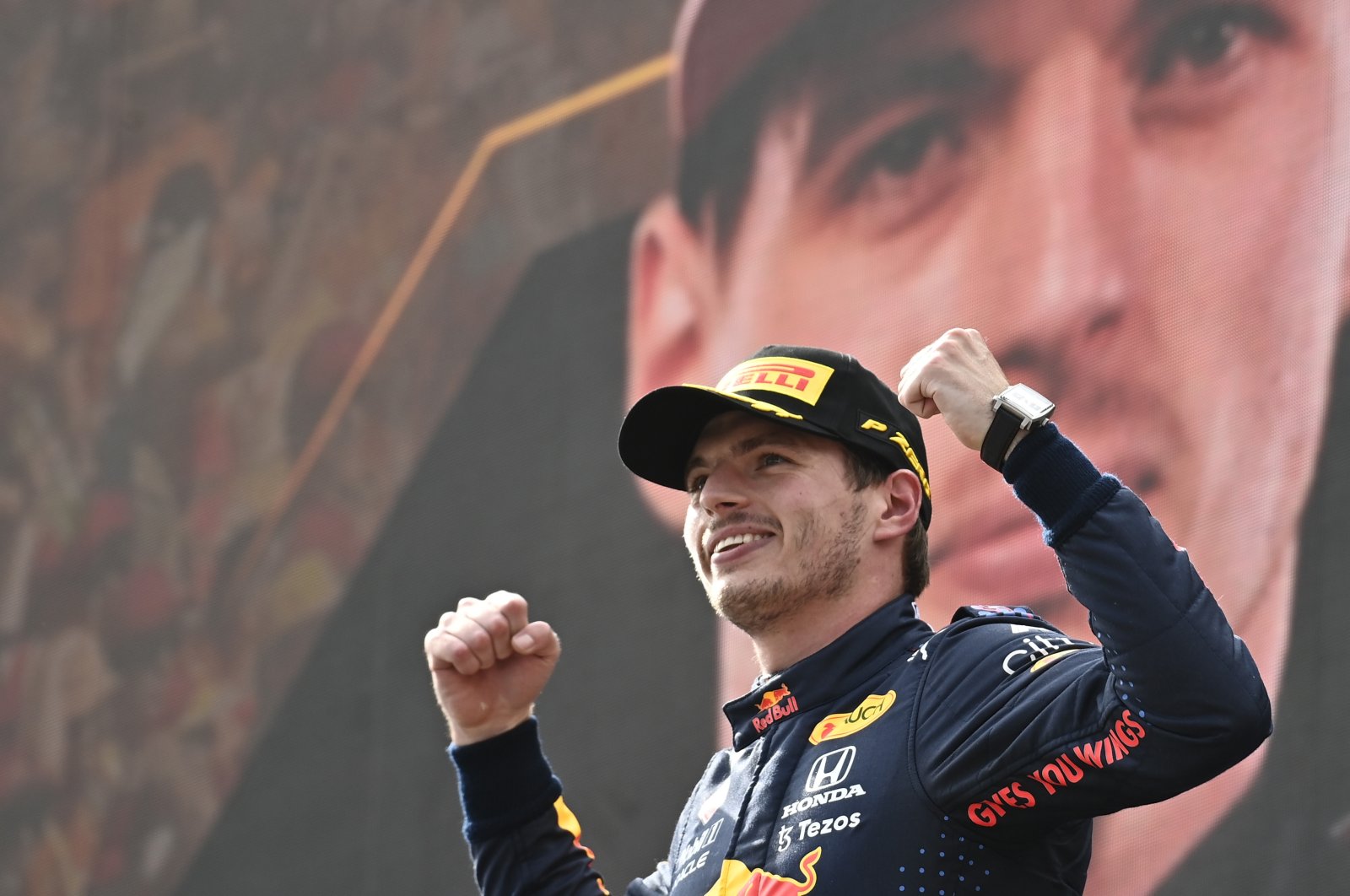 After reeling off his first hat-trick of successive wins to move 32 points clear of seven-time champion Hamilton the 23-year-old Dutchman is in imperious form.

Red Bull are reveling in five straight victories to lead both championships after nine races.

But he recognizes that Hamilton, 36, remains a formidable force, especially on home soil at Silverstone.

The Briton has won a record seven times at the often windswept former war-time airfield in central England where a capacity crowd of 140,000 is expected Sunday.

It will be the biggest attendance at a sports event in Britain since the start of the COVID-19 pandemic.

"I have great respect for Lewis and we are taking nothing for granted," said Verstappen.

"We are taking each race one at a time, but, of course, I am hoping to come out of the race with 29 points."

Normally it would be a maximum of 25 points for a victory and one for the fastest lap.

There are additional points on offer this weekend through "The Sprint" which is being used for the first time as an alternative to the traditional qualifying.

It will take place on Saturday afternoon and, like traditional qualifying, will decide the grid positions for Sunday's 52-lap race.

The sprint is part of an experimental format aimed at attracting a younger audience with the top three awarded three, two and one point respectively.

They will also be taken on a victory parade lap and presented with "retro" wreaths in a salute to the sport's history.

The 100 kilometers non-stop race will take around half an hour. Starting positions for "The Sprint" will be decided by a three-part qualifying hour on Friday afternoon, replacing the second free practice.

That will mean Friday's opening free practice hour is the team's only chance to find a competitive set-up for the conditions. Further sprints are due to be held in Italy and at one other race later in the season.

Hamilton and Mercedes will be under acute pressure as they attempt to arrest their slide. The Englishman is without a win in five races since the Spanish Grand Prix in May, when he led the title race.

The team hopes that the possible introduction of updates can close the performance gap on Red Bull.

"We are expecting a very strong performance from Mercedes and Lewis," said team boss Christian Horner.

"He's at home and will be backed by the crowd, but if we can win at Silverstone, it will be a very significant victory."

Hamilton won last year's British event but was beaten by Verstappen in the "70th Anniversary" race just a week later as the circuit hosted two successive contests behind closed doors.

The decision to allow a full house to attend the race secured the future of the circuit, said Managing Director Stuart Pringle.

"Our ability to survive Covid was stacked against us if we had no crowd," he said. "It's absolutely critical."

Red Bull No. 2 Sergio Perez and his Mercedes counterpart Valtteri Bottas are expected to be in serious contention but many fans will cheer McLaren's 21-year-old Briton Lando Norris, who was mugged after attending the England-Italy Euro 2020 final at Wembley.

Norris is the only man to have scored points at every race this year and has three podium finishes. Compatriot George Russell of Williams is looking for his team's first points since 2019.

Despite being badly shaken by his experience, Norris said he would be 'in the right zone' to enjoy racing in front of home fans.

"I am really looking forward to it," he said.

Hamilton, however, will be drawing the most energy from the fans as he aims to add to his record 100 pole positions and 98 victories and reduce the deficit in his bid for an eighth world title.