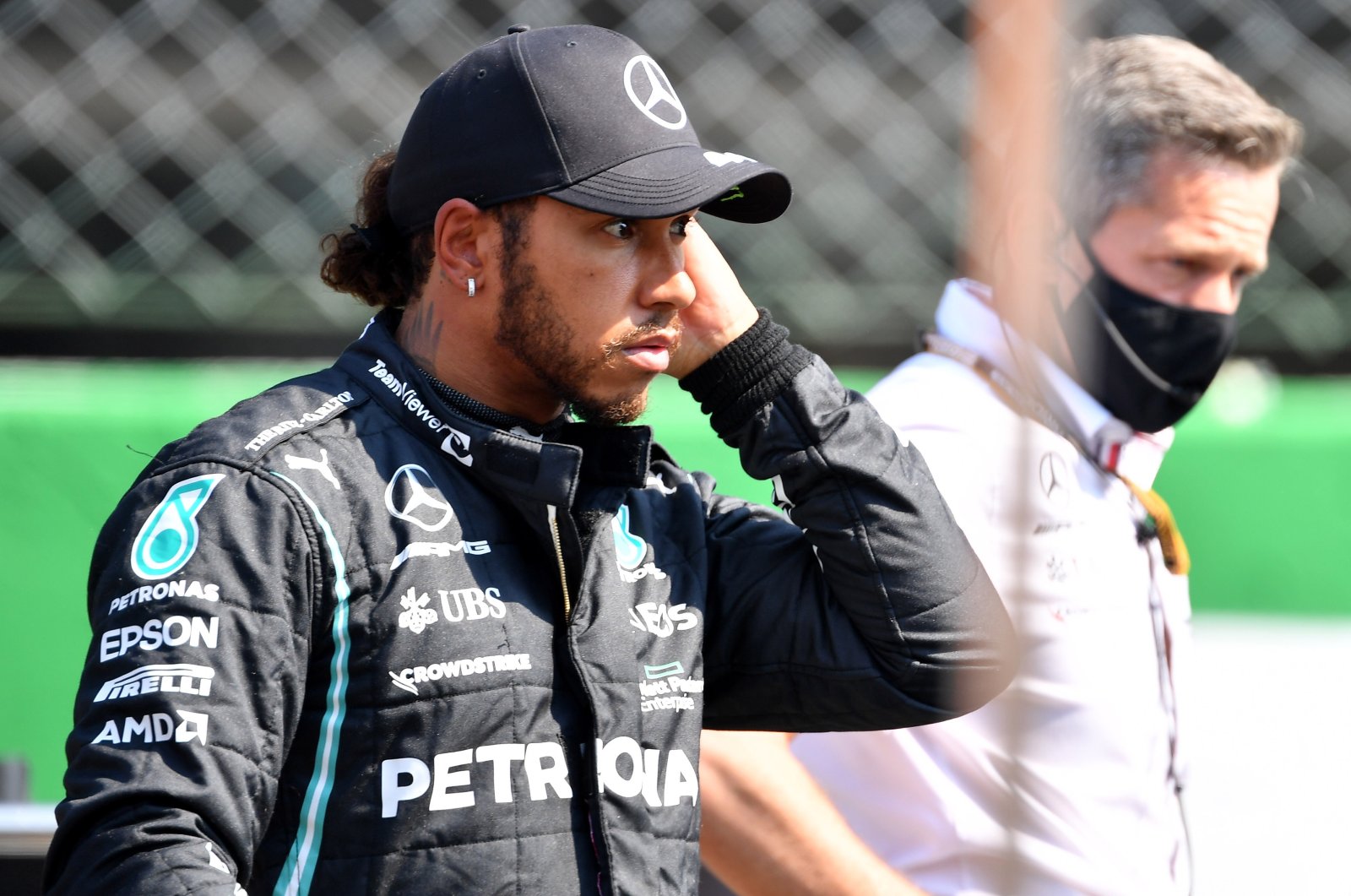 World champion Lewis Hamilton will get a real shot at securing a record 100th career victory as the Formula One circus arrives in Russia.

Hamilton's Mercedes team has won every race at the Olympic Park circuit since the first in 2014, the Briton is triumphant in four of the seven and current teammate Valtteri Bottas in two including last year.

Past performance has not been the greatest of indicators this season, however, with Red Bull and championship leader Max Verstappen, 24 next week, pushing harder than ever in an increasingly intense title battle.

Verstappen's task is tougher this time due to a three-place grid penalty imposed after he and Hamilton collided and retired at the Italian Grand Prix, with stewards ruling the Dutch youngster was mostly to blame.

Hamilton has not won since his home British Grand Prix at Silverstone in July but Sochi could bring him that 100th win at the fifth attempt.

No other team, not even Ferrari, has ever won the same race for seven years in a row, let alone eight, but Mercedes is still favorite.

"Lewis ... is laser-focused on what he needs to deliver in the next eight races," said team boss Toto Wolff ahead of the Black Sea resort's penultimate race before the Russian round moves to St. Petersburg for 2023.

"As for Valtteri, he's driving better than ever ... there's a calm determination about the team right now and the business end of a season, fighting for championships, is exactly what we enjoy the most."

While Red Bull has never been on pole in Sochi, a position only ever achieved by Mercedes and Ferrari drivers, Verstappen has started from the top slot in eight of 14 races so far including seven of the last eight.

None of his seven wins so far in 2021 has come from lower than third on the grid, however.

The Dutch driver, five points clear of Hamilton in the standings while Red Bull is 18 behind Mercedes, was second in Sochi last year.

"We have been more competitive this year and we have a better package at the moment so it will be interesting to see how competitive we can be there this year," said Verstappen.

"It will be of course completely different to Monza and it looks like there might be some rain this weekend ... I'm definitely looking forward to going back there and seeing what we can do.

"The penalty is of course not ideal but nothing is lost, that’s how I look at it."

McLaren's Daniel Ricciardo led teammate Lando Norris in a one-two finish at Monza but Sochi was McLaren's only non-scoring race of the 2020 campaign.

It will also be hoping past performance is no guide to current form, with both drivers fired up by the team's first win since 2012 and first one-two since 2010.

Ferrari, fighting McLaren for third place, will also be in the reckoning for solid points with Charles Leclerc and Carlos Sainz.